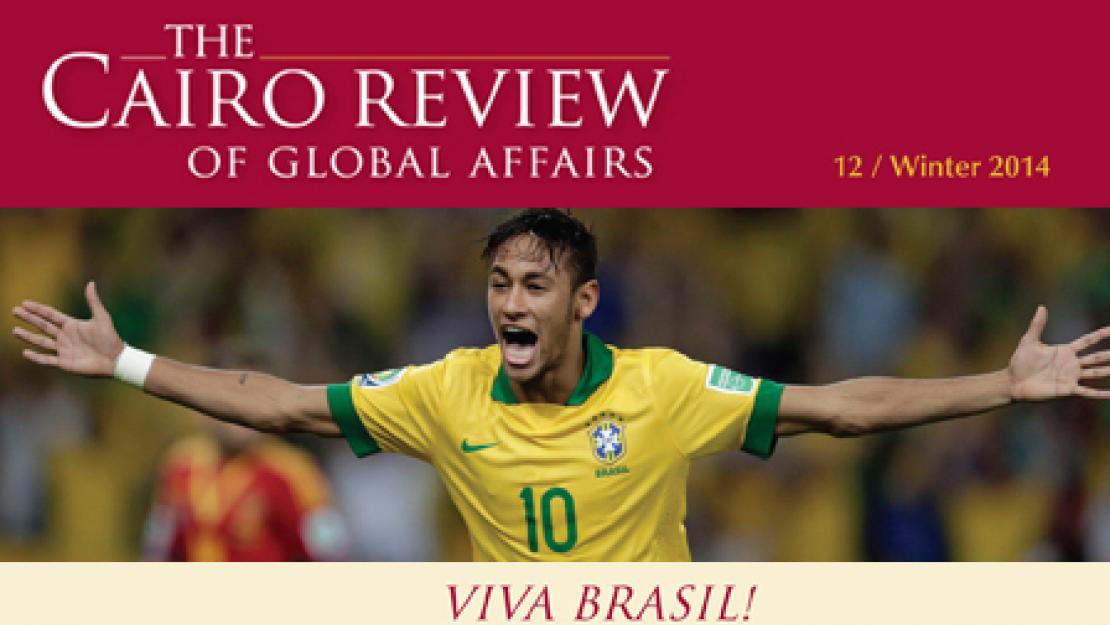 Antonio Patriota, Brazil’s top diplomat at the United Nations, says in an interview with The Cairo Review of Global Affairs that the recent thaw in relations between the United States and Iran could be a “game changer” in the Middle East. He believes, for example, that “adequate communication” between Washington and Tehran could help avoid a “worst-case scenario” in the three-year-old conflict between the Syrian regime and armed opponents. The interview with Ambassador Patriota is part of Viva Brasil!, a special report on Brazil, which will host the FIFA World Cup this year. Viva Brasil!, featured in the Winter 2014 issue of The Cairo Review, also contains essays on Brazil’s transition from dictatorship to democracy, Brazil’s economic progress and challenges, the country’s ongoing social protests and how the World Cup is changing the country’s famed football culture. In the interview, Patriota, a former Brazilian foreign minister and envoy to Washington, lauded the Obama administration’s readiness to open serious channels of communication with Iran. “This is something that has not been going on since the 1970s,” he said. “So it is a major diplomatic event, and we should not underestimate its importance. I think it has the potential for being a real game changer in the Middle East, in a positive sense. In a sense of limiting violence, limiting tensions, introducing more rationality in a region where, unfortunately, there has been considerable irrational behavior.” Patriota said the U.S.-Iran thaw could also have an impact on the Israeli-Palestinian negotiations: “The mere fact that the U.S. is speaking to Iran today, and that an agreement is being reached on the nuclear file — I think that takes away from the Israeli authorities the kind of argument that they have been using that the real existential threat to Israel is the Iranian nuclear file.” Patriota said that in a meeting in 2012 with Prime Minister Benjamin Netanyahu, he told the Israeli leader, “To our mind the real threat to Israel was not Iran. It was the absence of an agreement with the Palestinians.” Commenting on Brazilian President Dilma Rousseff’s demand for the United States to apologize for targeting Brazilian government officials and corporations in its global network of electronic espionage — and provide an explanation and assurance that the targeting would end — Patriota said, “The response has been less than satisfactory.” To read Viva Brasil! and the full Patriota interview, visit www.thecairoreview.com