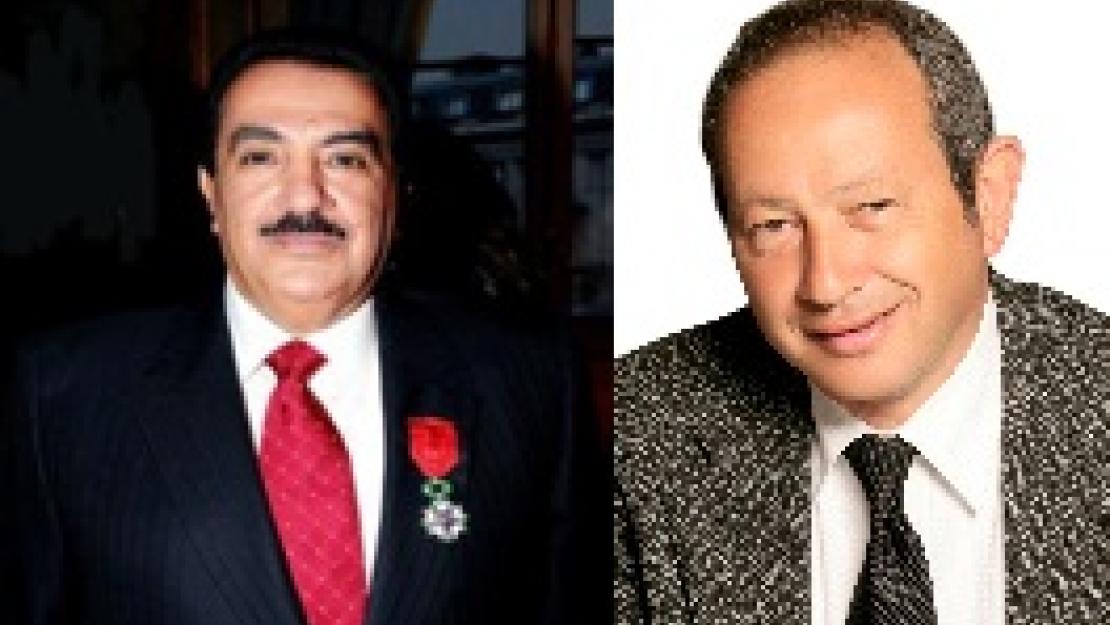 Two new members have joined AUC’s Board of Trustees: Hamza B. Alkholi, chairman and chief executive officer of the Alkholi Group in Saudi Arabia, and Naguib Sawiris, founder of Orascom Telecom Holding OTH and chairman of various organizations.

Alkohli graduated with a degree in Pharmacy from King Saud University. He has since served in a variety of positions, appointed as Ambassador Extraordinary and Plenipotentiary by the Government of Granada and given accolade and appointment as “Chevalier de la Legion d’Honneur” as well as the rank of “Officier de la Legion d’Honneur” by the Republic of France. He has also served as Permanent Delegate of Grenada to the United Nations Educational, Scientific and Cultural Organization (UNESCO). His company, the Alkholi Group, also currently oversees numerous subsidiaries in various industries.

He has made various contributions to centers around the Middle East such as the Dr. Hamza Alkholi Information Center at AUC, the Prince Salman Center for Disability Research, and the Prince Mohamed Bin Fahad University.

He is founder of the Board of Trustees of Arab Thought Foundation, the Arab Business Council and the U.S./ Middle East Project. He was also a member of the founding team of the World Economic Forum. Among the  international organizations like the Clinton Global Initiative, the International Crisis Group, the State of the World Forum and, Foreign Policy Association, the Advisory Board of End Human Trafficking Now.

Naguib Sawiris holds a diploma of Mechanical Engineering with a Masters in Technical Administration from the Swiss Federal Institute of Technology Zurich as well as a diploma from the German Evangelical School in Cairo.

After merging with Vimpelcom Ltd in 2011, his company, Orascom Telecom Holding OTH, took on the name Orascom Telecom Media & Technology and became the world’s sixth largest mobile telecommunications provider. He served as CEO for some time, stepping down in December, 2016. Over the years, he has made large investments in gold mining companies in Canada, Australia and Africa.

Sawiris currently serves as the Chief Executive Officer and Deputy Chairman of Nile City Investments, Chairmain of Gemini Development and director of Mobinil Telecommunications. In addition, he acts as non-executive director of Endeavour Mining Corporation, Commercial International Bank of Egypt as well as Beltone Financial Holding. He is currently chairman of the advisory board of La Mancha Holding, Oasis Capital Egyp and Pakistan Mobile Communications Ltd.

Previously he has acted as non-executive director of Hutchison Telecommunications International Limited and Orange Egypt for Telecommunications, chairman of Wind Telecom and EuroNews, as well as founder of Acelero Capital Holdings.

He has also held positions on numerous boards, committees and councils such as the International Advisory Committee to the New York Stock Exchange, the International Advisory Board to the National Bank of Kuwait, London Stock Exchange Group’s Africa Advisory, the Board of Trustees of Nile University, the French University in Cairo, board of Egyptian Counsel for Foreign Affairs, Consumer Rights Protection Association, Cancer Society of Egypt and the Arab Thought Foundation.

He has been recognized internationally, receiving honorary degrees, industry awards and civic honors, such as the “Legion d’Honneur” of France, the Honor of Commander of the Order of the “Stella della Solidarieta Italiana” in Italy, and “Sitara-e-Quaid-e-Azam” award in Pakistan.