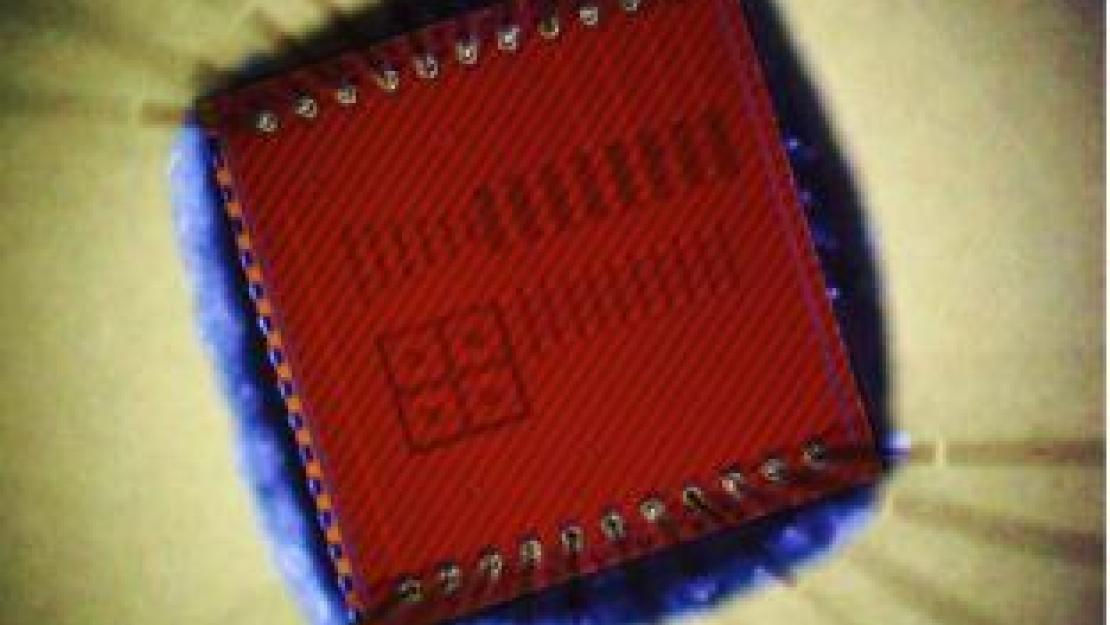 On the occasion of World Cancer Day on February 4, News@AUC spoke with Yehea Ismail, director of the Center of Nanoelectronics and Devices and professor in the Department of Electronics and Communications Engineering, on his pioneering biochip research, whereby he created a highly sophisticated technology for more easily and accurately diagnosing cancer.

1) To begin with, what are biochips?

Biochips are advanced electronic chips with the added functions of sensing and manipulating bio-cells. There are several types of biochips under development, including many types of sensors and actuators. Sensors are usually chemical, and actuators can be as complex as tiny mechanical pumps and channels (MEMs) to move fluids and cells. While these systems can be very accurate, they are hard to manufacture in large numbers and are expensive for customers.

Because of this, our research has focused on a subcategory of biochips that builds on the more standard and mainstream electronics technology: Complementary Metal Oxide Semiconductors (CMOS). The advantage of using standard CMOS technology is that there are many established places around the world that can manufacture any chip quickly, reliably, cheaply and in mass numbers. The challenge is that we cannot build MEMs for moving cells and fluids in this standard technology. So, to replace MEMs, we are exploiting relatively newly discovered forces, where cells can be moved by applying electrical signals to electrodes without any mechanical parts. We are also replacing chemical sensors with physical sensors that can detect the physical characteristics of a cell.

2) How will biochips advance the field of cancer research, diagnosis and treatment?

Biochips are planned to replace more traditional medical diagnostic functions, such as cancer detection. They are cheaper, faster and can be available widely, so they will allow advanced cancer detection to occur in areas not possible in the past. They will also enable “telemedicine,” which is the remote diagnosis or treatment of patients using technology. Biochips will revolutionize the way the medical field diagnoses cancer and other diseases by allowing for quicker and more effective treatment due to early and accurate diagnosis.

Specifically, the way we are approaching this problem is by building CMOS biochips that can apply electrical signals to electrodes on the chip to move sample cells. By sensing the motion of the cells, we can deduce some physical characteristics of the cells. These characteristics are different for normal and cancerous cells, which is what allows the presence of cancer to be detected.

3) How did the science of using biochips to diagnose diseases such as cancer develop?

Biochips are part of a larger technological explosion in science and a new trend where electronics are integrated with other technologies into one tiny chip for a wide variety of purposes, such as medicine. While in the past, the communications and computation fields were pushing CMOS and biochip development forward, the biomedical field is now a new force driving developments in CMOS technology, which is leading to the creation of technologies like a biochip for cancer detection.

4) What is the future of this biochip technology? What are the other medical applications?

In the future, it is projected that biochips will be widely and cheaply available in pharmacies and medical offices, and they are expected to perform ever-more complex functions including full blood diagnosis, detection of a wide variety of diseases including viral ones, and DNA analysis.

There will hopefully be a world of connected medical practices, from research and development to having an accessible medical detection device in people's home and, finally, treatment from a healthcare provider. This will be particularly relevant to cancer detection, but will certainly be applicable across all fields.

Before joining AUC, Ismail was a tenured professor at Northwestern University, where he received the Best Teacher Award. He was also editor-in-chief of the Institute of Electrical and Electronics Engineers (IEEE) Transaction on Very Large Scale Integration. An IEEE fellow, Ismail served as the chief scientist of the Innovation and Entrepreneurship Center of the Ministry of Communications and Information Technology in Egypt. He has received various awards, including the U.S. National Science Foundation Career Award and the IEEE Circuits and Systems Society Outstanding Author Award, and has published more than 300 research papers and three books.