Back in Time with the Greek Campus; View Pictures 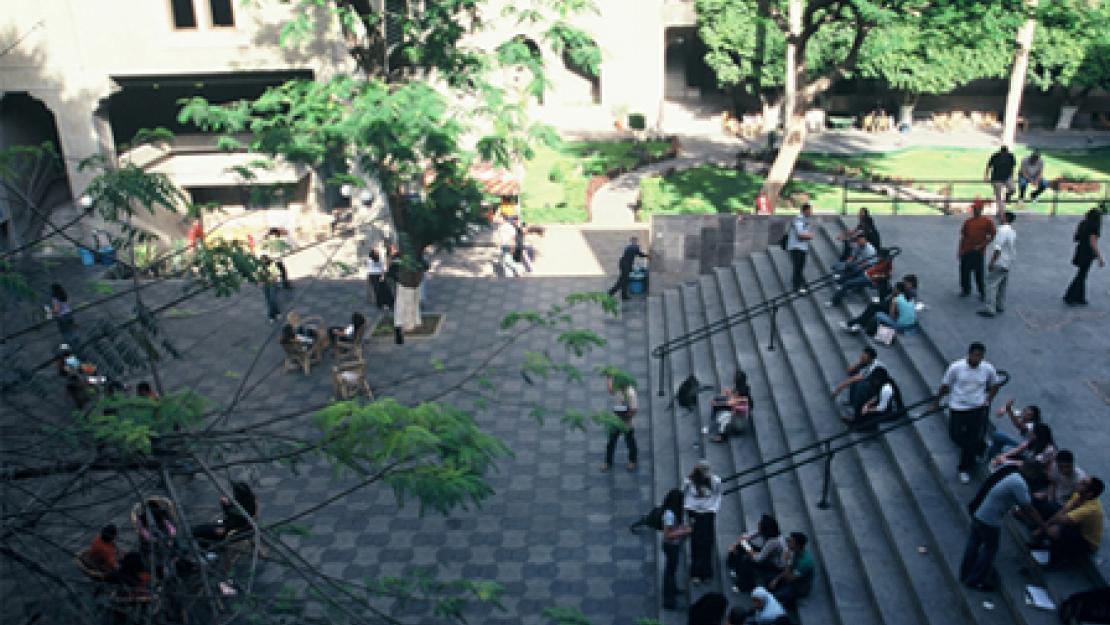 A part of AUC for almost five decades, the Greek Campus will now be home to Egypt’s first technology park in downtown Cairo. AUC has signed a 10-year lease agreement with Tahrir Alley Technology Park (TATP), a Cairo-based company that intends to keep the Greek Campus name, to operate the property, with AUC retaining full ownership. A reception will be held on the Greek Campus on Thursday, November 14 at 3 pm to officially announce the University’s plans. Members of the AUC community are welcome to join.

“We hope this new initiative will bring vitality to what has been, and will remain, our neighborhood and the home of our historic Tahrir Square campus,” said AUC President Lisa Anderson. “It is especially rewarding to see that the campus will be used to serve the purpose of advancing technology and entrepreneurship.”

Purchased by the University from the Greek community in 1964, the Greek Campus –– which has been closed since after AUC relocated to New Cairo in 2008 –– was the hub of social activity for students, located one block away from the Main Campus. It housed the library, Social Science Building, Social Research Center, Jameel center and School of Continuing Education (previously known as the Center for Adult and Continuing Education and Division of Public Service). When it was first purchased, the Greek Campus included a theatre, printshop, two tennis courts and a cafeteria.

“The cafeteria, called Greedee’s, was the first fast food restaurant that our generation was introduced to,” said Waguida El Bakary ’68 on theAUC Memories webpage. “It soon became the favorite hangout and venue for dancing parties at night.”

The Greek Campus was purchased during the presidency of Thomas Bartlett, who was in his mid-30s at the time and worked relentlessly on expanding AUC’s facilities for it to grow and become a first-class institution contributing to Egypt’s development. “In the late 1940s, it was apparent that more space was needed to accommodate the expansion in the student body and programs,” said Bartlett in “The Day We Bought the Greek Campus.”

To do that, Hill House and the Science Building were constructed in 1953 and 1966, respectively. In 1964, money that was initially going to be used for the construction of a 10-story building on the Main Campus was used for the purchase of the Greek Campus, the largest addition to the University during Bartlett’s tenure. “Suddenly, the opportunity came to buy two Greek schools, where the Greek campus is now located, [but] we first needed approval to use the money given to us for construction on the Main Campus for purchasing the Greek schools instead,” said Bartlett, who served as interim AUC president from 2002 to 2003 and is currently an AUC trustee. “The Board of Trustees approved the proposed shift on July 16, 1964.”

Once permission was secured, Bartlett faced another challenge. The Greek community wanted hard currency, and that is something “AUC did not have and could not legally have paid,” he said. In addition, there were doubts as to whether AUC was eligible to buy the Greek Campus under the laws that were in effect at the time. “Fortunately,” said Bartlett, “Mr. Pierakos [Greek community leader] eventually accepted Egyptian pounds, and the Egyptian authorities did not object to the sale.”

“On the day of the sale,” Bartlett continued, “Mr. Fayek Wissa, the accountant, and I had to carry several satchels containing the purchase money, since a check was not legal tender for the transaction. About LE 409,500 in 10 pound denominations had to be counted and transferred in the presence of the official in the registration office. That was done, and the final papers for the purchase were signed on March 15, 1965.”

One of the most distinct features of the Greek Campus was the library. The library was initially located in Hill House, but with the rapid increase in the University’s collection of books and periodicals and the ever-expanding needs of students and faculty members, the building became inadequate. In 1971, President Christopher Thoron consulted with experts in the field, and the Board of Trustees asked American architect Hugh Jacobson to draft plans for a new library that would be located in the Greek Campus. In May 1974 AUC broke ground on the project and construction progressed until 1976, when a fire broke out, destroying columns, beams and cement work on the first floor. Work on the library was halted for nearly two years, and in 1982, under the tenure of President Richard F. Pederson, the Greek Campus library was complete. Jacobson designed the library building with its exterior facing the street, as well as a plaza and platform steps extending from the building to the garden areas at the center of the Greek Campus. As Thomas A. Lamont noted in The American University in Cairo: 1987 – 1995, “the dramatic contours of AUC’s library have given the Greek Campus its own architectural flavor.” The move of the library from Hill House to the Greek Campus brought together library staff members, volunteers and University custodians, who transferred 80,000 volumes in plastic bags placed in hand-drawn carts, from Mohamed Mahmoud Street to the Greek Campus. “Once the [library] building was completed, we moved the collections from Hill House to the Greek Campus in plastic bags, passed down the street by groups of volunteer students,” recalled Shahira El Sawy (MA ’65, MBA ’91), dean of Libraries and Learning Technologies, on the AUC Memories webpage. “Mohamed Mahmoud Street was closed for that purpose. At that time, the entire AUC community participated in the move.” Since its inception, the Greek Campus library served not only undergraduate and graduate students, but also adult and nondegree students, as well as professors from Egypt’s national universities. Today, the AUC Library boasts the largest English-language collection in Egypt, in addition to print and electronic works in Arabic and other languages, as well as online access to more than 200 databases. Another major building on the Greek Campus was the Abdul Latif Jameel Center for Middle East Management Studies, for which construction began in 1987 and was completed in 1989. The building accommodated the steady growth of the student body in the late 1980s and early 1990s, as well as the increasing demand on management, engineering sciences and other professional programs. The Social Science Building on the Greek Campus, with its long, tall staircase, housed the departments and offices of the School of Humanities and Social Sciences. In addition, the Division of Public Service, which is now the School of Continuing Education, offered, for many years, adult education courses at the Greek Campus to large numbers of Egyptians, affirming the University’s mission of service to the community. An integral part of student life, the Greek Campus has been witness to 50 years of AUC traditions, activities and memories, from performances in Wallace Theater; University Senate meetings in the Blue Room; student club activities, including group weddings for orphans; late-night stays in the Caravan newsroom and crowds of students at the Copy Center to International Day festivities; fun for children at the daycare center and gatherings in the Model United Nations office located in the Social Science Building. As Shaden Khallaf ’98, ’04 recalled, “The secretariat and organizing committee of the [MUN] conference spent countless hours in the little office allocated to us on the Greek Campus, making friendships that will certainly last a lifetime.” To bid farewell to the Greek Campus before the University’s move to New Cairo, a gathering was held there in May 2008, bringing together members of the AUC community. The event included folklore and music performances, as well as a documentary featuring faculty, students and alumni reflecting on precious memories and favorite spots on campus. To view photos of the Greek Campus throughout the years,click here. Information for the story was extracted from The American University in Cairo: 1919 - 1987, by Lawrence R. Murphy.