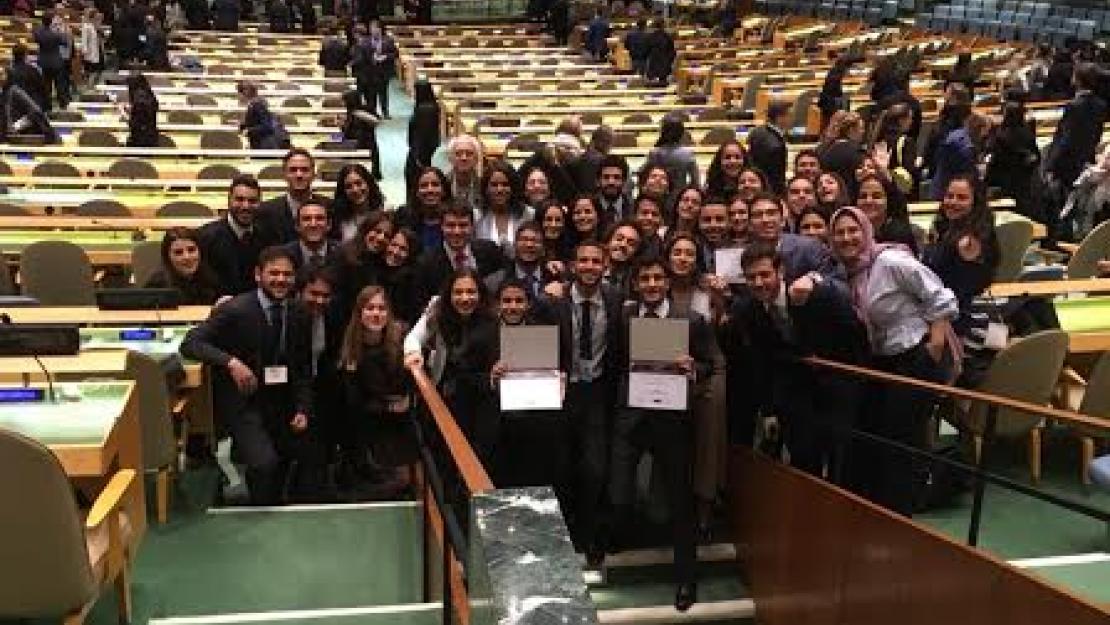 The National University Model Arab League is an international competition organized by the National Council on U.S.-Arab relations and hosted by Georgetown University in Washington, D.C. More than 400 students from all around the United States participated in the different councils during the three-day conference. As the most prominent and largest student-run model organization in the world, excluding North America, CIMAL was the sole representative of Egyptian and Middle Eastern Universities at NUMAL. This year, CIMAL achieved a record, winning awards in all of the councils the students participated in, adding up to eight awards, as well as an overall Distinguished Delegation award for AUC for its representation of Mauritania.

"CIMAL's success in NUMAL in Washington this year has been resounding," said Kazziha. "This year, our students combined an outstanding sense of team work with a fantastic drive for individual excellence. The CIMAL team as a whole was awarded distinguished ranking, while most of its members individually gained the awards in their own area of specialization."

For the ninth year in a row, CIMUN was recognized with Outstanding Delegation awards, the highest kind of award at the National Model United Nations conference in New York City. The team won a total of nine awards this year, competing among 5,000 university students.

"I thought they had reached the top last year when they collected four awards, including two Outstanding Delegation awards for the two countries they represented," said Walid Kazziha, political science professor and faculty adviser to both CIMUN and CIMAL at AUC. "However, this year they topped the record by collecting nine outstanding awards. If this is not a world-class team, what is?"

The awards are as follows:

"During my time at AUC, I was exposed to several competitions with a multitude of objectives, but none have come close to this conference," said Omar Zaky, graduate adviser currently pursuing an MA in international human rights law. "NMUN is by far the most competitive, developmental and rewarding competition I have ever had the privilege of taking part in. Coaching this team of 44 students from diverse majors and interests highlights not only CIMUN's uniqueness, outreach and growth as a program under the Department of Political Science over the past 30 years, but also the ability of AUC students to compete with 400 universities and come away with the first-place award for the ninth consecutive year."