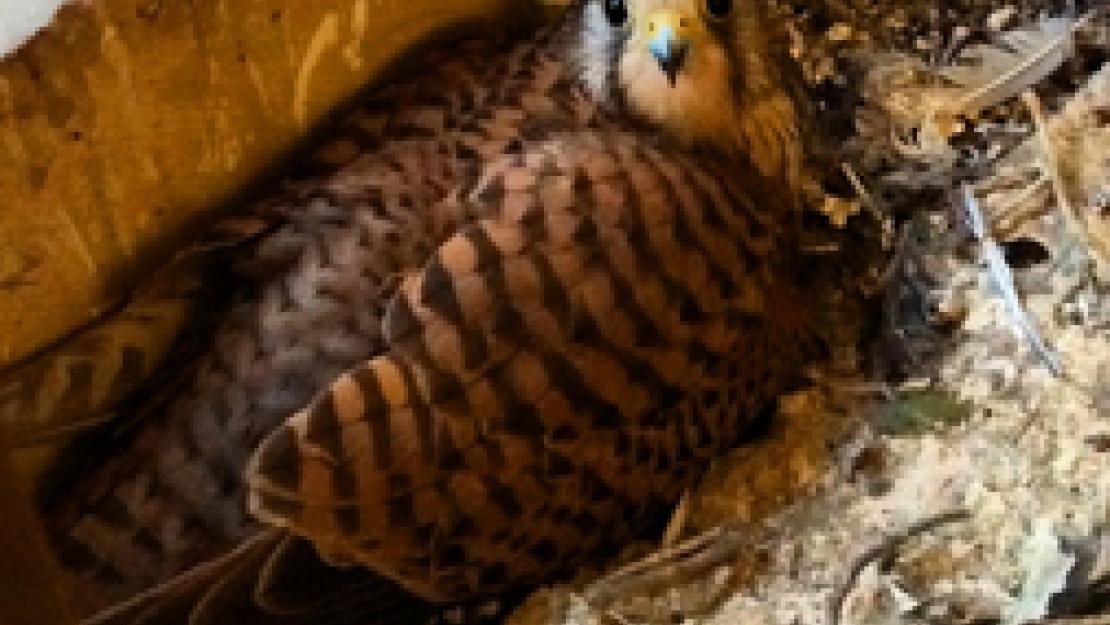 The chicks born in the kestrel falcon nest discovered in the Administration Building earlier this year have left the nest, along with their parents.

The nest was discovered by Menatallah Megahed, a biology major, and Richard Hoath, senior instructor in the rhetoric and composition department, who is one of Egypt’s leading naturalists. They placed a camera in the nest in order to observe the male and female falcons as they cared for their young. Their study marked the first time that the breeding and nesting of kestrel falcons has been studied in Africa.

The five eggs in the nest recently hatched and the chicks, having grown to full-size falcons themselves, have now left.

Arthur Bos, associate professor of marine biology and ecology, who studied the falcons alongside Magahed and Hoath, is hopeful that the kestrels will continue to nest in the Administration Building in coming seasons. “Usually, they come back the next year to the same location, so it would be great to set something up for next year because then we will have a second observation for comparison. This would be a very interesting study,” he said.

For more information on the kestrel falcons,click here.