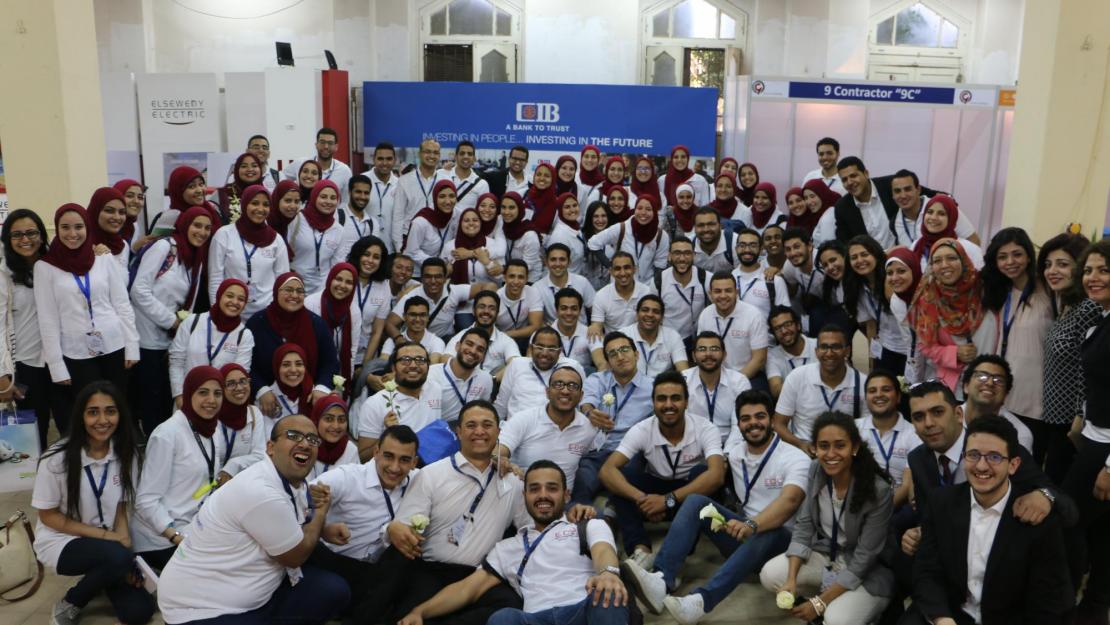 The ECDC program has boasted an employment rate of 85% among beneficiaries over the project’s lifespan. In total, the three universities now house 14 certified Career Development Facilitators as part of the ECDC program.
By
Ioanna Moriatis

Through the project, AUC’s Career Center acted as a model as a model for the three centers established at Ain Shams and Suez Canal universities. The centers have served more than 40,000 students at these universities, boasting an employment rate of 85 percent among beneficiaries over the project’s lifespan. In total, these universities now house 14 certified Career Development Facilitators as part of the ECDC program.

The ECDC project was born out of a partnership between AUC and the United States Agency for International Development (USAID), with the goal of establishing career centers in Egyptian public universities to aid university students in developing and showcasing the skills required by the current job market.

Since the start of operations at ASU – Faculty of Engineering, ECDC has hosted four annual employment fairs, two of which were jointly organized with ASU Main Campus, ECDC. The center has helped to make more than 1,107 job opportunities and internships accessible, having served more than 11,127 engineering students to date.

At ASU Main Campus, ECDC has also hosted four annual employment fairs since its opening in 2015. They have presented more than 781 job and internship opportunities, and have served more than 12, 985 students and alumni.

At SCU, which has been active since 2013, staff members have hosted two annual employment fairs and one Employment and Career week. They have announced more than 1,100 job and internship opportunities and have served more than 12,962 students during their time of operation.

Seeing a need to build the skills of university graduates as they enter the job market, AUC’s Career Center trained ECDC staff as certified Career Development Facilitators to provide career building services. In addition to the employment fairs that each center has been able to host, the ECDC project has resulted in the provision of services such as individual career advising appointments, career development workshops, employability skills tracks, English language courses, entrepreneurial sessions and technical tracks.

The ECDC program and its widespread impact reflect AUC’s presence in the external community and its leading role as an educational institution. In recognition of the project’s success and outreach, AUC and USAID invited university presidents and vice presidents, as well as ECDC staff members and training partners to a closing dinner.

Speaking at the event, President Francis J. Ricciardone spoke of AUC’s significant role in its surrounding communities, commenting on the importance of support to Egypt’s youth. " AUC is a special institution in a country of great civilization and solid resilience,” he said. “ Our youth are anxious about the future, and the middle class in our countries are feeling squeezed. What brings us together is our dedication to our young people to give them confidence to deal with this world. AUC reaches out in partnership with Egyptian universities and USAID to give our students the knowledge and confidence to follow their dreams and have a great future.”

Amr Salama, AUC counselor, similarly shared comments with attendees about AUC’s ability to act as an example for the country. “We need to teach and support our youth at Egyptian universities about career planning and bridge the skills gap to prepare them for current job market needs, “ he noted. “AUC is the first to have such a service in the Egyptian community, and passing on this experience to the Egyptian universities is a social responsibility.”

Commenting on the ECDC project, Rebecca Latorraca, acting mission director of USAID Egypt, said in her speech, “Five years ago, in partnership with AUC and the government of Egypt, we funded this ambitious project to establish these career centers in public universities.” She elaborated on the services provided by the centers to support students in finding jobs and internships, and provide guidance in resume writing and interviewing, as well as job search strategies to become competitive candidates in various industries. She described the centers as a place where students find workshops, employer panels, networking opportunities and special events, such as the fairs which heighten students’ awareness of career fields available to them.