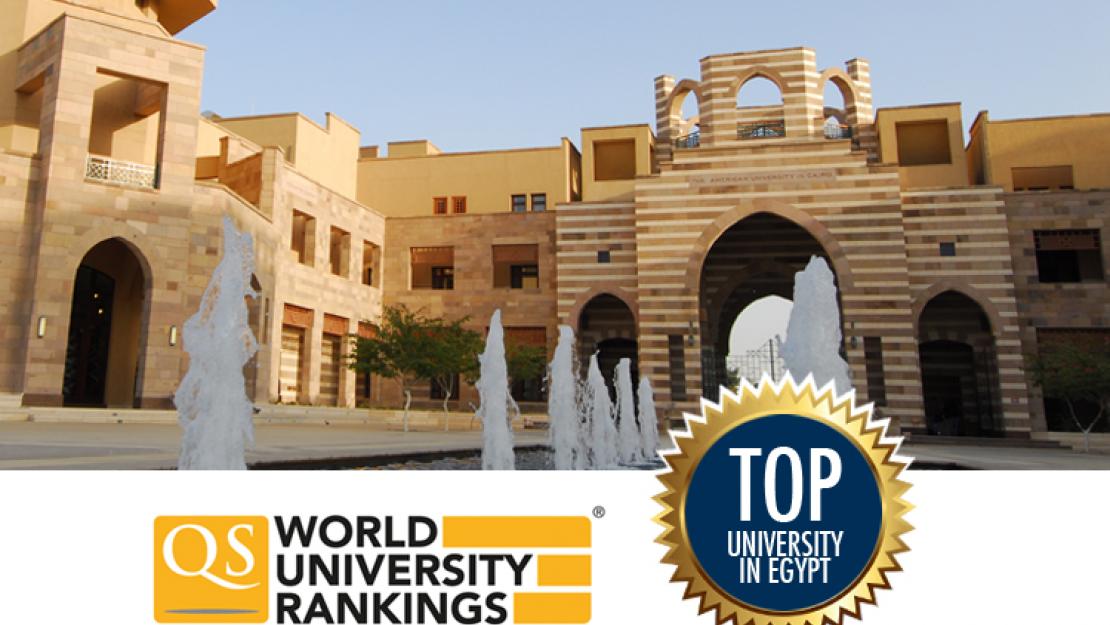 AUC was ranked as thetop university in Egypt and the fourth in the region, according to the recently released 2014 – 2015 QS World University Rankings.

Utilizing a less holistic approach, U.S. News recently released Best Arab Region Universities Rankings, placing AUC as 58th in the region. This ranking, however, is based solely on research output. The ranking for the Arab region relied on publications metrics, leaving out a host of other relevant criteria that are used in the traditional U.S. News Best Colleges ranking used for universities in the United States. Ratios are not mentioned as part of the ranking process, and a number of metrics are closely related to the size of the university. In other words, U.S. News rankings depend heavily on publication output by faculty members, without scaling this output to the size of the university.

“While it is good in general to have data on university performance, it is essential to look at the indicators,” said Purinton. “The U.S. News Best Arab Region Universities report is very deceptive. The data come only from one measure –– research output as measured on one citation database. Exceedingly little effort was exerted to produce this ranking. A university that places high value in teaching, student-centered learning and faculty-student interaction will not produce research on the scale of a university that primarily focuses on research and much less so on teaching.”
Purinton emphasized that AUC’s best features that make it a top university are its student-centered approach, promoting high-quality, liberal arts education to produce well-rounded graduates. “Indeed, we are not driven by the rankings; we are driven instead by the desire to be the best educational institution in the region,” he said. “As a University, we will not pursue high rankings if the indicators are not congruent with our beliefs and with the qualities that have made us strong and globally respected for nearly a century. … We will continue to have extraordinary confidence that what we do as a student-centered liberal arts institution is valuable to students and alumni, and critical to the development of active and engaged global citizens.”