AUC Students at International Student Government Conference: We are on Track 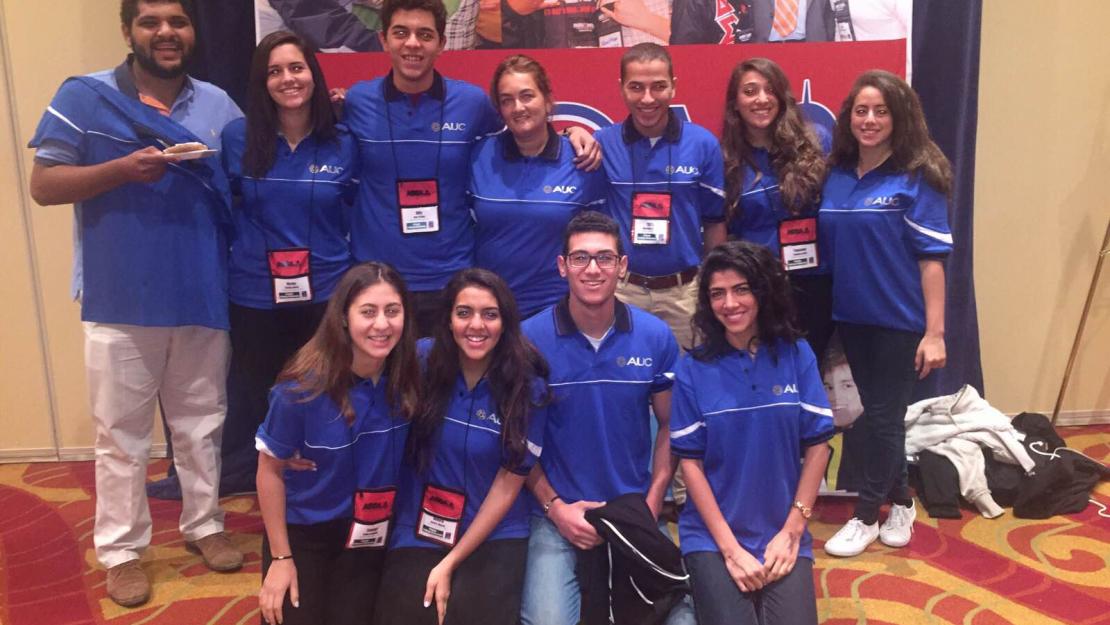 For Amr Khaled Elalfy, Student Union chair representative, attending the American Student Government Association (ASGA) in Washington, D.C. was an opportunity for AUC’s student government to fine-tune its organization and gain credibility among the AUC community.

Thirteen members of the AUC student government, including Elalfy and Gamal, attended the annual conference, which includes workshops, information sessions, expert speakers and roundtable discussions ­­–– all aimed at developing and enhancing student leaders from around the world.

The AUC students found the open roundtable discussion particularly productive because they could explore issues facing student governments with a diverse group of experienced students. Farah Fawzy, Student Union chair, explained, “The conference was rich with many networking events and was attended by international experts in student governing who provided a platform for constructive opinions and innovative ideas.”

Elalfy added, “We could exchange our problems with each other to see how best to solve them or if anyone approached it from a different angle. That produced a lot of interesting solutions.”

For Elalfy, one of the most valuable parts of attending the conference was benchmarking AUC against a diverse group of international universities with regard to the operation of their student government, student representation, how the student government cooperates with the administration and the unique challenges facing each school. “We got to observe the social and political aspects of different student governments from around the world,” said Elalfy. “We are on track and heading in the right direction. When we compared ourselves with other student government at the conference, we found that we were one of the best schools there; we were very well-received."

Mostafa Bahgat, a senator in AUC’s student government, agreed. “ I believe we are one of the top student governments worldwide, with a deep and fully functioning government reaching the smallest of details," Bahgat said. "It revived our sense of responsibility, as well as giving us a sense of pride and belonging.”

The conference also gave the AUC students an opportunity to explore the most politically important cities in the United States —Washington, D.C.  The students visited the Lincoln Memorial, the White House and their trip included a visit to New York University in New York.  “I wish every student in the student body could have this opportunity,” Elalfy said.