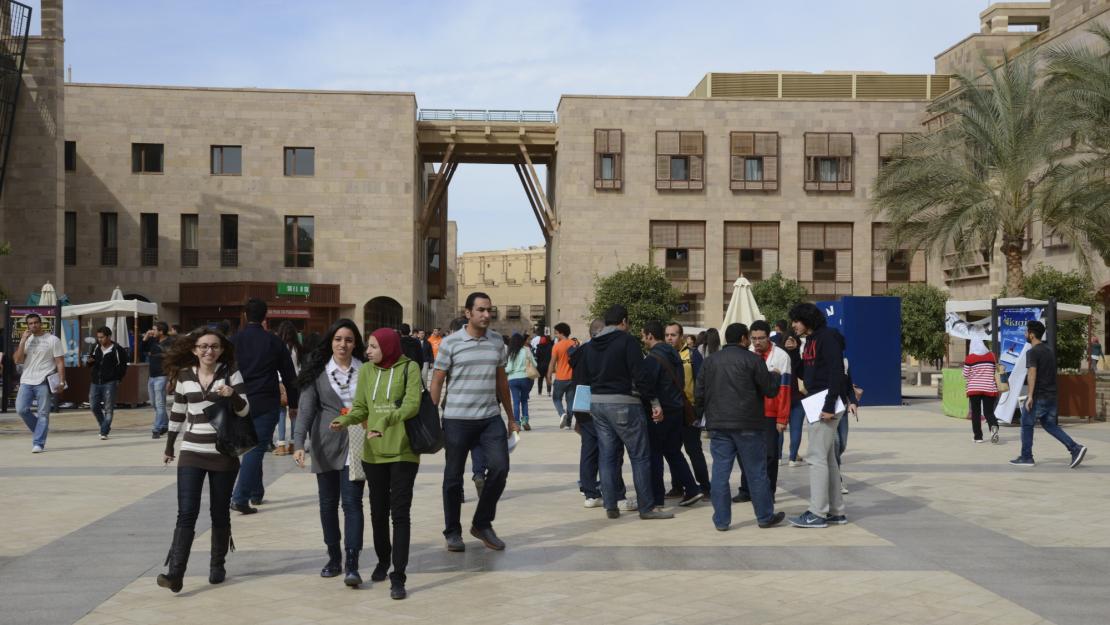 Egypt’s first World Youth Forum (WYF) is beginning this week in Sharm El Sheikh, under the auspices of Egypt’s President Abdel Fattah El Sisi. Twenty-three students and alumni are participating and helping in the organization of the WYF Model United Nations, simulating the UN Security Council.

“Participation in this conference will be the first steps of many to come, for Egyptian youth in general and AUC participants more specifically," said Mustafa Gamal '16, AUC graduate of political science and former Student Union president and one of the participants in the WYF-MUN. "It's a chance for them to be proactive in designing the future of their country."

The conference will tackle the topic of countering terrorism, from the perspective of both Egyptian and international youth. “Involving youth in this conversation is essential and relevant; I am looking forward to hearing ideas that can be propagated at such a high level,” said Radwa Hamed '17,  director of the WYF-MUN Security Council, who graduated from AUC with a double major in computer engineering and electronics and communications engineering. “Everyone has a different view on the issue. It will be beneficial to see how youth of different nationalities and backgrounds feel about terrorism and the current status of the world -- and in turn, how we can engage and cooperate in coming up with innovative solutions.”

Running from November 4 to 10, the WYF will include various sessions that will thoroughly discuss issues concerning Egypt, from infrastructure and sustainability to economic development, gender equality and government policies. Participants will try to formulate potential solutions to these challenges, which are recognized internationally. "Participating in WYF-MUN is definitely a once-in-a-lifetime experience," said Mohamed Heggi, petroleum engineering graduating senior and one of the conference participants. "The interviews were very selective and the preparation process was long and thorough, so all of us feel very special to be representing Egypt and AUC in this forum along with our international partners."

Described by Ali Abdin, conference rapporteur and current president of CIMUN’s Economic and Social Council, as "by youth, for youth," WYF is the first-of-its-kind in Egypt. Organized by Egyptian youth across many sectors, the event is aimed at young individuals, with the main goal of creating a healthy and productive dialogue between policymakers and youth. The forum will feature government officials and influential world leaders. “We are sharing tasks and working together to reflect the best image of Egypt and the potential of its youth,” said Gamal.

“WYF is about having experience, exposure and empowerment,” Gamal noted. “Much like the real United Nations, the Model United Nations (MUN) conference at WYF is about impact. As young people, we want to show leaders and decision makers that the world's youth are knowledgeable and capable of coming up with applicable solutions toward positive change."

The MUN is one of the five WYF pillars, which also include youth global issues; sustainable development, technology and entrepreneurship; civilizations and culture; and creating future leaders. “WYF is the government’s way of encouraging and caring about the opinions of youth,” Abdin reflected. “This is a huge platform to prove ourselves; they’re telling us we want to see your ideas, we want to see them applied and include you in the process. If you want to see change, be part of it – join something like this.”