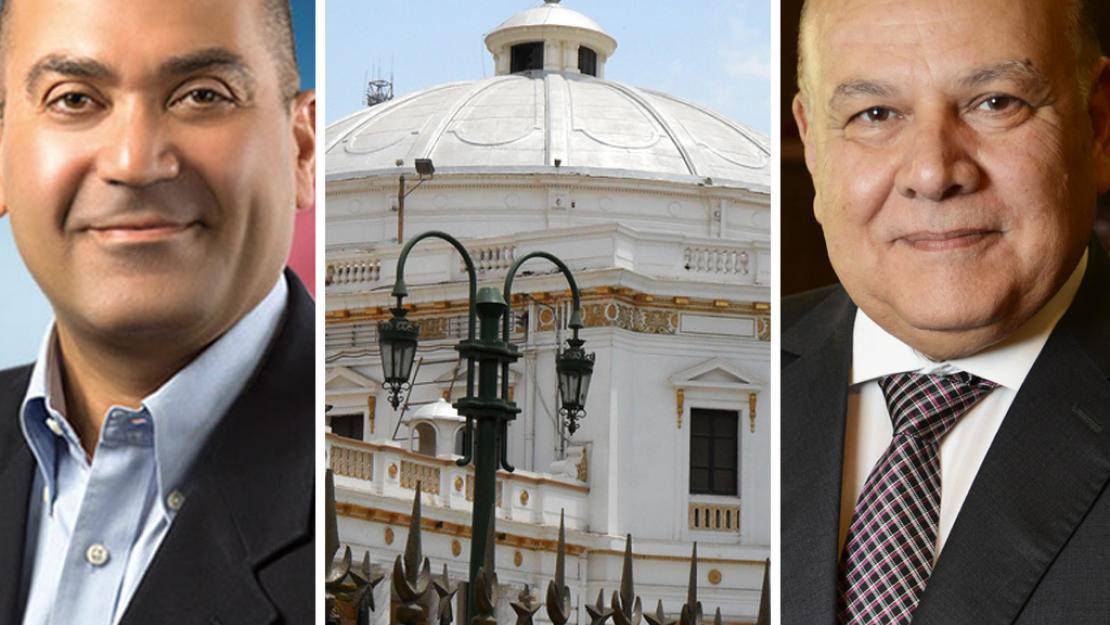 The Egyptian Parliament’s Education and Scientific Research Committee held a hearing session last week to discuss a grievance submitted to parliament by some AUC parents regarding University tuition fees following the floatation of the Egyptian pound. Amr Salama, University counselor, and Ibrahim Hegazy ’84, ’87, professor of marketing and a member of the Education and Scientific Research Committee in parliament, represented AUC at the session.

Addressing a point of concern for many parents, Hegazy and Salama demonstrated how AUC abides by the education-based rules of the Egyptian government. Salama also demonstrated the different courses of action that AUC has pursued, including the Emergency Tuition Scholarship program, which will benefit almost half of currently enrolled undergraduates in Spring 2017. Salama reiterated that the University remains committed to assist in the crisis created by the floatation of the Egyptian pound.

“In my testimonial to parliament, my main goal was to reaffirm AUC’s commitment to all its students who cannot afford to pay the difference in their fees due to the floatation of the Egyptian pound,” noted Salama. “Members of parliament were very receptive and understood the emergency measures AUC undertook to support its students. We’re looking forward to working with the ad-hoc committee on AUC’s tuition fees for the coming years and presenting our conclusions to parliament by the end of March.”

At the session, Hegazy presented each member of the Education and Scientific Research Committee with a copy of AUC’s official protocol with the Egyptian government. He also presented members with a copy of the email that President Francis J. Ricciardone sent to the AUC community in November 2016, affirming his commitment to ensure that no student will be forced to leave AUC due to an inability to pay tuition resulting from the floatation of the Egyptian pound.

“One of the main points I also highlighted in parliament is that AUC provides education to children of all full-time staff members, from security guards to managers, as long as they meet AUC’s admission requirements,” explained Hegazy. “This resonated positively with all members of parliament. As President Ricciardone continuously emphasizes, AUC will ensure that, despite the current economic situation, no student has to drop out due to an inability to pay tuition fees resulting from the floatation of the Egyptian pound.”

Members of parliament responded well to Salama and Hegazy’s presentation. As a parliamentarian, Hegazy officially requested from Counselor Salama that AUC’s ad-hoc committee –– formed of parents, students and the administration ––submit to the Egyptian Parliament by the end of March 2017 a course of action for the coming academic years.

“The discussions were informative and fruitful,” said Hegazy. “This session is a positive step forward in dealing with the harsh economic situation we’re all facing.”