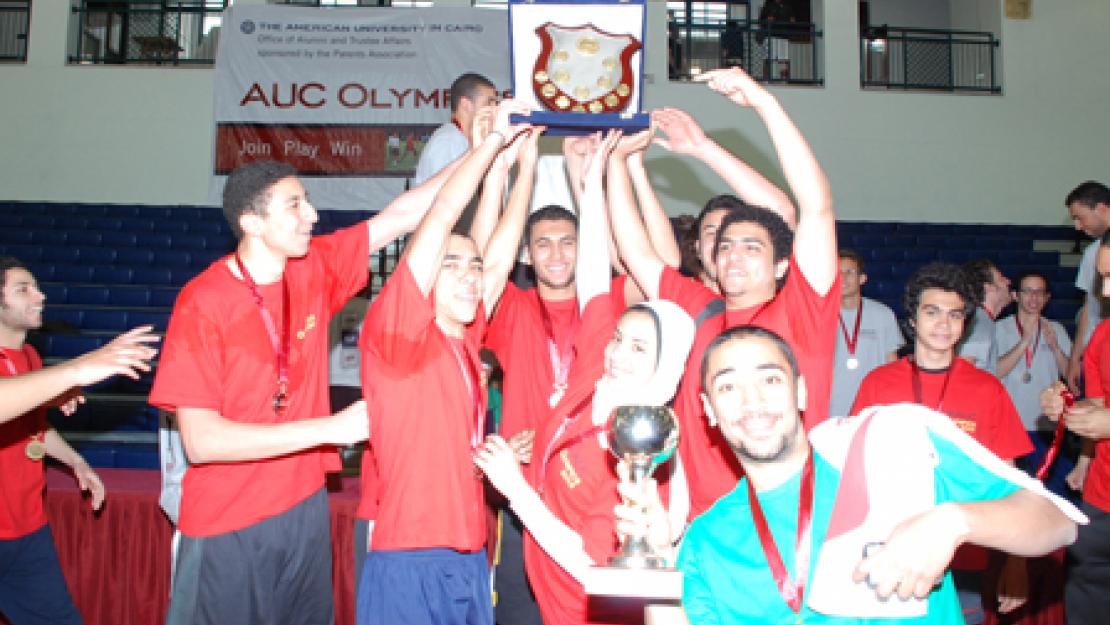 In the first AUC Olympics, held last year, 138 students took part. This year, more than 450 students participated in the event sponsored and organized by the Parents Association, under the Office of Alumni and Trustee Affairs, and coordinated by the Office of Athletics.

The AUC Olympics commenced with a torch relay around the AUC New Cairo campus, with AUC student athletes taking part in this relay reminiscent of the real Olympic Games. The relay began at Gate 1 and ended at the Khalaf Ahmed Al Habtoor Football and Track Stadium, where the torch was passed on to President Lisa Anderson, who inaugurated the event.

The ultimate aim, explained Hoda Baligh, a board member of the Parents Association who proposed the concept of the AUC Olympics one year ago, is for the AUC Olympics to bring together the University community. “We want to encourage sports, strengthen the love of the University and create a sense of belonging to AUC,” Baligh said.

Baligh hopes that the AUC Olympics will be an annual event that will have a lasting effect on building community bonds at AUC, and encouraging sports and fitness. “We want to unite all the University members together, and to see the students happy and engaged in sports,” she said.