From AUC to Facebook: Alumnus Reflects on Eye-Opening AUC Experience 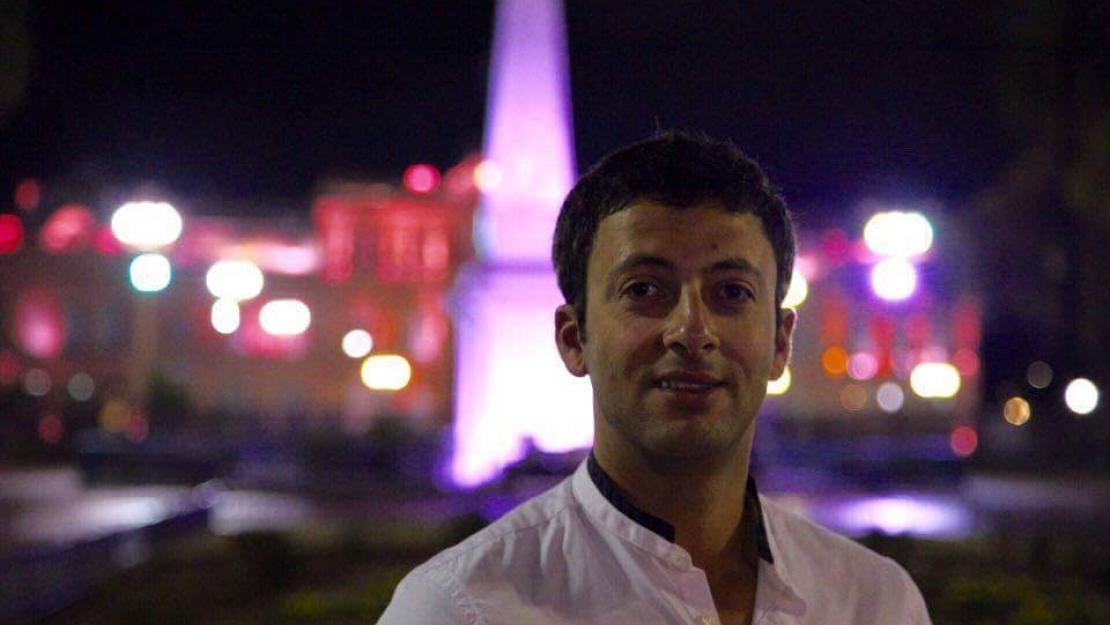 Ahmed Gaballa ‘05, who graduated from AUC with a bachelor’s in computer science and a minor in business administration, is product manager for strategic growth at Facebook in Menlo Park, California. News@AUC spoke with Gaballah on his path to success.

You started off at Google. Tell us a little about that.

I had an interesting path. I graduated from AUC and moved to the United States in 2005. At first, I had no clue what I was going to do. I had no plans, and I started out just trying to figure out what skills I could use to earn money, like training horses, which I used to do growing up in Egypt, and tutoring French.

One day, a friend of mine who worked at Google suggested that I come work with them and offered to submit my resume, since I had studied computer science and business. I wasn't interested at first, but once I visited the Google campus, that changed. As one of the top companies, it was a very hard place to get a job, so I chose to ‘hustle’ my way in. I tried to figure out the easiest way to get in, and I started out working in technical support, fixing computers.

What was the highlight of your time at Google?

Once I got in, I noticed there were only two other Arabic speakers at the company then. I tried to reach out to different teams to help them testing Arabic products or give them consulting on right to left languages. I went to the CEO at the time, Eric Schmidt, told him that I was one of the few Arabic speakers at the company, and suggested he put me to use in helping the Arab world access the search service. He pointed me to groups that needed Arabic speakers, and this is where a big transition happened in my career. I started working as an engineer on the search team, one of the teams that actually write the search algorithm. I worked on right to left languages at first, but soon realized that there wasn’t enough content online. So, I began working on adapting products --- like Gmail or the ‘Did You Mean?’ feature --- to Arabic, and other right to left languages.

What about your time at Adobe?

While taking classes at Stanford University, I met someone working at Adobe who said they were focusing on the Middle East and North Africa region. She offered to connect me internally. I ended up joining the company and working on bringing products like Photoshop and Illustrator to the Middle East.

How did you then transition to working at Facebook?

At this point, Facebook had been trying to recruit me, and they  eventually created a new role that included working on Facebook growth worldwide. I’m now working at Facebook as a product manager for video and special projects and products. I focus on growing Facebook worldwide and keeping it relevant to the different audiences of today and the future.

What do you enjoy most about your job at Facebook?

Facebook has a culture of getting people to move into new roles so they can stay excited and work on things that they’re passionate about. I started off working on the growth team, where I focused on growing Facebook and its user bases in different global markets, such as Japan and India. In my second year at Facebook, I worked on fixing the search function with regard to the international market, so dealing with different languages and ways that people around the world search for things on Facebook.

How did your time at AUC impact your career?

AUC gave me a couple things that have been important to my success. I would never have been able to accomplish this without AUC.

First, growing up in Egypt my entire life, I had little understanding of the West. AUC was very important because it was the window for me, and many other Egyptians, to the rest of the world. There was diversity at AUC, which helped me to understand different points of view and beliefs, got me to think bigger and dream bigger, and have a better understanding of how to work with different people.

Having foreign students and faculty from all over the United States and the world was very important to me, and I definitely took advantage of it. I made sure that I always had foreign roommates. They came to Egypt to study Arabic, and I wanted to learn English and hear about their home countries, so it was a great exchange. I also studied abroad at the University of California, Los Angeles for a while, as well as at the American University of Beirut. It was so great to be exposed to different cultures and ways of living.