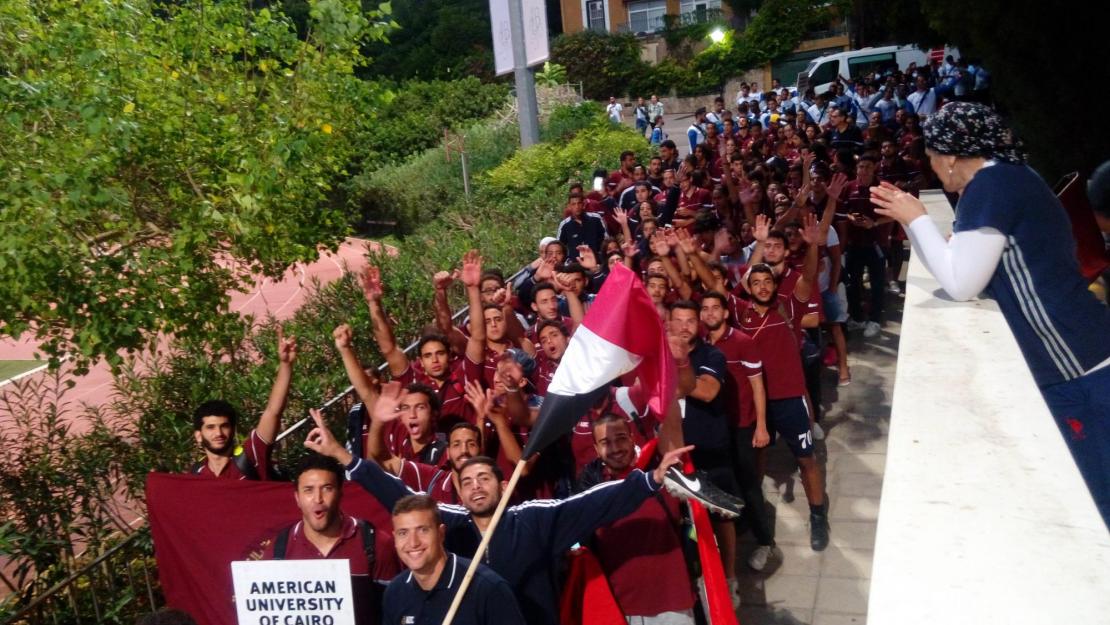 AUC athletes recently won the entire American University of Beirut (AUB) President’s Club International Sports Tournament with 38 medals, 20 of which are gold, even breaking an Egyptian national record along the way.

“This was a very important tournament, as the other participating universities are our main international competitors," said Louise Bertini, AUC athletics director. "Having competed against many of the various universities at previous competitions, this tournament is a great way for AUC students to compete on an international stage, while also giving them an opportunity to mix with other cultures and countries. It also opens up many new opportunities for AUC students to both represent their country and University while making new friends in the process.”

AUC’s 20 gold medals were won by the women’s basketball, men’s rugby, men’s water polo, men and women’s tennis, as well as men and women’s swimming teams. Reflecting on his team’s victory, senior Saif Diab said, “It was a great feeling winning our first ever international cup for the men’s rugby team.”

Particularly dominant at the tournament were men and women’s swimming, winning a total of 15 gold, 14 silver and three bronze medals. Twelve AUC team records were broken during the course of the competition, culminating on the last day of competition with the men’s 4 X 50 medley relay not only breaking the AUC team record, but the Egyptian national record (short course meters) as well.

At many intense moments of the tournament, AUC faced off directly against AUB, yet the women’s basketball, men’s rugby and men’s water polo teams all proved victorious in the final games.