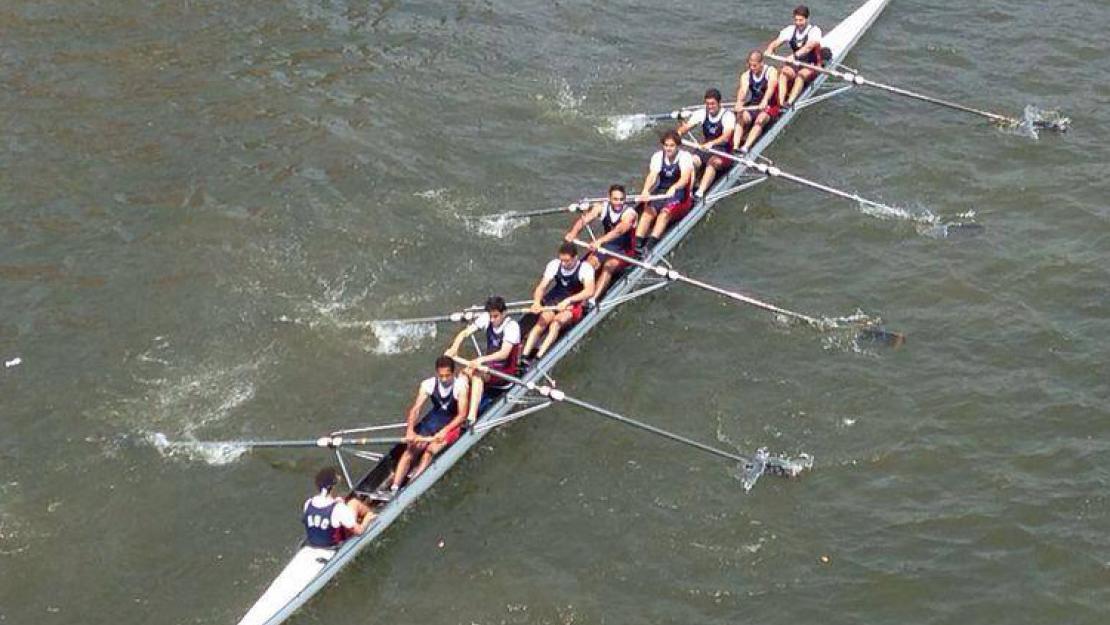 Competing across 12 individual and nine group sports games, AUC teams have won seven gold, two silver and four bronze medals in the first half of the 41st National Universities Tournament, which kicked off in early April. The remaining half of the tournament will continue later this month.

The AUC rowing team, which was renewed last semester following a nearly five-year hiatus, also received a bronze medal in the rowing competition.

Hossein Shash, one of the rowing team members who participated in the tournament, said, "When we got third place, we were quite happy because we finally finished the season and accomplished so much in such little time. It was overwhelming. When we were all carrying the boat out of the water, we realized that this win was because of more than just one person; it was because of the entire team."

The National Universities Tournament was established in 1974 and takes place on an annual basis. AUC participates every year, competing against more than 30 other private and public Egyptian universities. At the 39th National Universities Tournament, held in 2012, AUC's sports teams won third place overall, and the women's team ranked second among women's teams from other universities. In 2010, AUC’s male and female tennis players won first place, a ranking that they have been able to maintain for more than a decade. In 2011, AUC teams ranked first in men’s handball, women’s basketball and women’s swimming.

“This [The National Universities Tournament] is one of the main competitions of the year, and our players usually achieve great results,” said Mohamed Taher, director of the athletics office. "This not only reflects positively on the University; it also has a good effect on the athletes themselves, motivating them to perform even better."