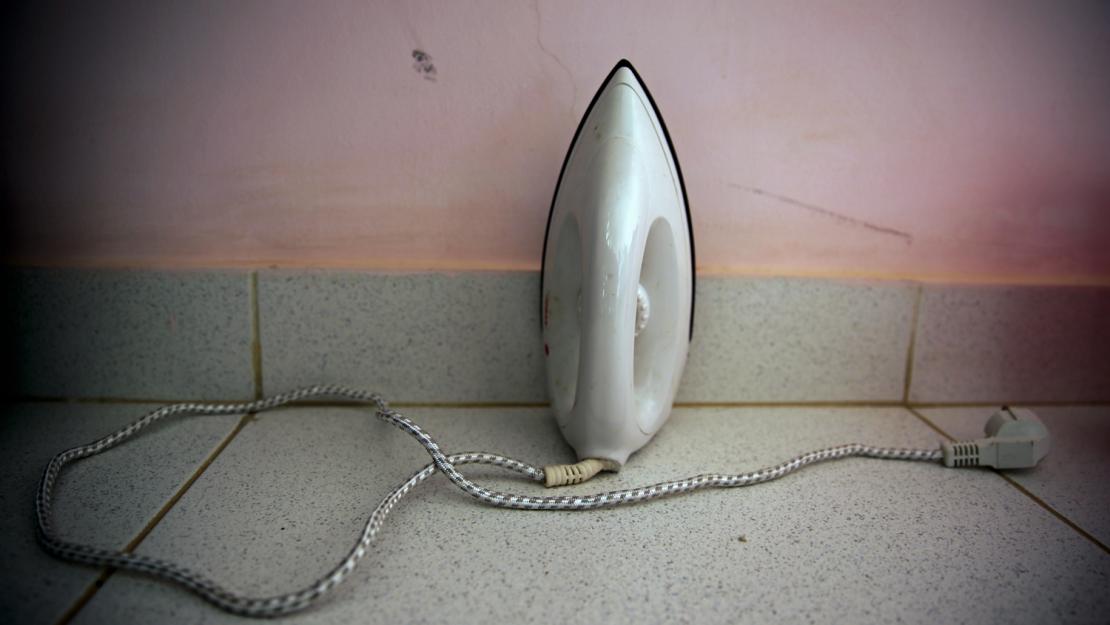 Randa Shaath shares the inspiration for her exhibition, Indelible, now on display at AUC's Photographic Gallery

Indelible, The Photographic Gallery's current exhibition by Randa Shaath '85, explores a simple, but often overlooked question: When do you feel at home?

"And it’s not where; it’s when,” stated Shaath, adjunct faculty in the Department of Journalism and Mass Communication.  Shaath’s photographs capture the beauty of household objects that, despite their mundane nature, remind us of the familiar, the personal, the warmth of home.

Shaath is an AUC alumna of the Middle East studies undergraduate program. She received her MA from the University of Minnesota School of Journalism and Mass Communication. Prior to joining AUC, Shaath was the photo editor of Al Shorouk daily newspaper in Egypt from 2008 to 2014 and photographer for Al-Ahram Weekly from 1994 to 2005.  She is also a trainer and mentor of award-winning photographers in the Arab Documentary Photography Program and served on the editorial board of Zawaya, an arts and culture magazine.

Shaath’s work is exhibited in Egypt and abroad including Fondation Tapies, Barcelona, Aperture and The International Center of Photography in New York. She represented Egypt at the Bienal de São Paulo in 2006. She has published three monographs: Watani ala Marma Haggar (1988), Misr Umm el Dunia (1990) and Under the Same Sky (2003).

Below, Shaath shares her sources of inspiration with News@AUC.

Where did the idea for the exhibition come from?

It started with a house my grandfather built in Alexandria. Four generations enjoyed this house. After my grandparents died, some people started to think we should sell it, and I thought I should document this house before it goes. It witnessed so many happy events, including my childhood. So, I started taking pictures of my grandparents' house, and then I began thinking that I should document other houses, of family and friends, before they disappear.

Then the project started shifting a little bit. I thought about how you go into someone else’s house and sometimes, even if it’s your first visit, you see a detail that reminds you of your own house or a feeling of home. It shifted from documenting houses to documenting these details that, when you see them, make you feel this warmth of home, even if it is in a strange place.

How did you choose which objects to photograph?

I thought it was very important to photograph these everyday details that look so banal because we use all the time, but we never stop and see what they mean or the feeling they give us. I felt the effect of these things that look like very simple, everyday items, but they give us this feeling of home, of warmth.

I also didn’t want to restrict the project to only feelings of nostalgia. I didn’t just want old things that are dusty and gone. I insisted to have details of modern things that are happening now.

I think the project has been successful because that familiar feeling is emitted to everyone; it’s universal. There are many things in the exhibition that are very Egyptian, but I found that people who aren’t from Egypt still felt the same thing.

Indelible means something that cannot be forgotten or erased.  Why did you choose that as the title for your exhibition?

It was very difficult to find the word. Sometimes you see an object that somehow gives you that feeling of being at home, being secure, being safe, being loved; there are things that bring back these feelings. And the memories always stay; the feelings stay. The title came from that.

How did you choose which photos to include?

Some of the photos were from the homes of my family or friends, but some were from a house I visited for the first time. One thing just hit me: with homes that I knew, I found something that gave me that feeling, but I would come back at a time when the natural light was right. In all of them, I wanted this warm light that intensifies the feeling of warmth.

You feel the personality of the people behind the pictures. I excluded all the pictures that even had a hand because I believe that you can feel the people and characters even without seeing them. This exhibit is the first time I took pictures without people in them.

Each one of the photographs has a story. There are two images from my grandparents' house, which is not in existence anymore. While I was doing my project, the house was sold and destroyed.

What attracted you to photography?

I started photography when I was much younger. I wasn’t very eloquent in expressing my ideas. Growing up, I realized I do have ideas and values. I just needed to express them in a different way, and photography was a great medium for that. The idea of freezing an image, but that the image would document a feeling, or how people are dressed or the situation of your society — this is what triggered me.

I was the chief photographer of Al-Ahram Weekly, and I was the photo editor of Al Shorouk. This was the first time that they chose a photo editor who was actually a photographer. I was very happy with the challenge, and I thought it could change the way newspapers look and which pictures they use. I trained the new photographers not to do the stereotypical and approach photos with a different attitude. When I was a photo editor, I would teach my photographers that pictures should be well-composed, well-lit and should say something. I started from scratch because the idea of a photo editor was very strange to them and the way you crop the image and do borders. They didn’t understand that a photograph tells a story on its own. It does even more than what is in the text.

Did your work in photojournalism influence your artistic photography?

I disagree with this dichotomy. I am a photojournalist; I am a documentary photographer. Whether my images are shown in the newspaper or in a gallery or museum, how I work is the same. I don’t believe that photos in a newspaper should be boring and ugly.

Why did you transition to academia and come to AUC?

With the political developments, it became very difficult as a photo editor. I decided to leave, but to me, the most interesting part of the job was mentoring the photographers. I like that you can give the information you have to people who will carry it on and become even better than you. It is very rewarding.

Now, I teach photography classes at AUC. Some students are very interesting, and I like to see the change that happens over the course of the semester. Maybe none of them will become professional photographers, but it’s interesting to watch them learn how they express their ideas through photographs and how to see their society through photographs. They really do see things in a different way. My hope is that, with this generation, even if they do become editors instead of  professional photographers, they understand the importance of the image, that they have their own impact and that they can do a lot more than just being illustrative of the text.