AUC’s Board of Trustees Elects Richard Bartlett as New Chair 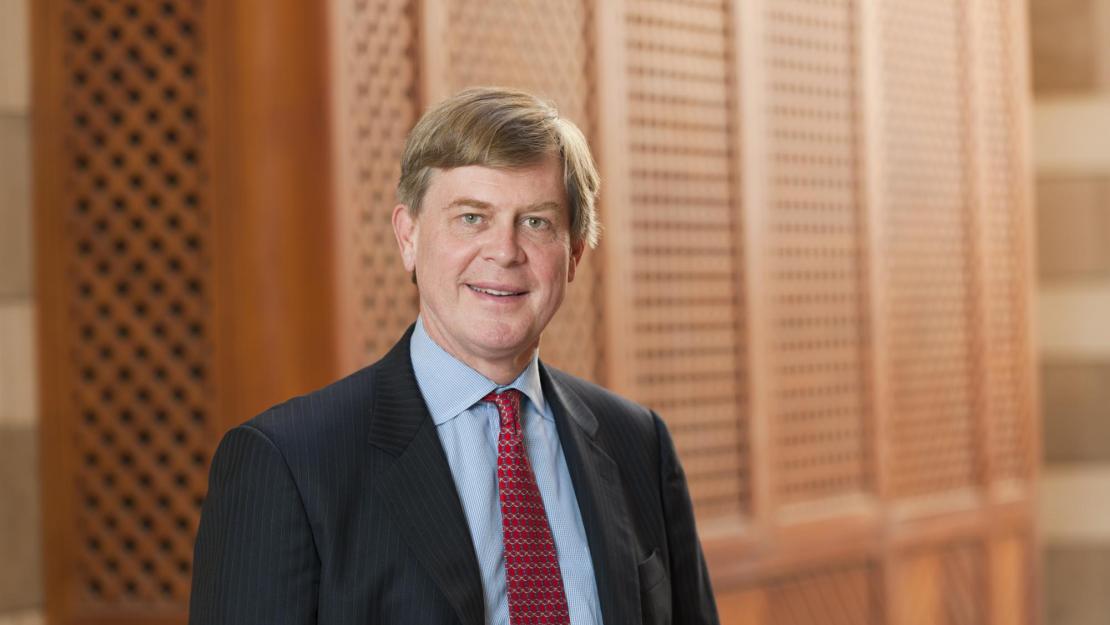 Bartlett has known AUC since his childhood, when he lived in Egypt during his father Thomas Bartlett’s tenure as AUC president from 1963 to 1969. Sharing his father's passion for education and for AUC, Richard Bartlett has served as a trustee since 2003 and previously served as chairman of the board. Richard Bartlett has contributed significant time and energy to the University, as well as philanthropic support for numerous programs and scholarships. In 2011, he established the Molly Bartlett Endowed Scholarship in his mother’s name to support top-performing Egyptian public school students who wish to attend AUC. More recently, Richard Bartlett and his brother Paul Bartlett, both AUC trustees and Princeton University graduates, established the Bartlett Family Fund for Innovation and International Collaboration between AUC and their alma mater.

“Richard Bartlett has extensive experience as board chairman and is a dedicated and committed trustee,” said AUC President Francis Ricciardone. “We are proud to have him lead the board during this momentous time for the University with the centennial campaign and celebration in 2019 — ushering the next 100 years of excellence, innovation and service.”

Bartlett received his JD from Yale Law School and his BA from the Woodrow Wilson School of Public and International Affairs at Princeton University. Before joining Resource Holdings Ltd, a private equity firm, he served as a law clerk to Supreme Court Justice Harry A. Blackmun, and prior to that, as a law clerk on the U.S. Circuit Court for the District of Columbia. He is a member of the Council on Foreign Relations and the boards of several private companies. “I am honored to serve the Board of Trustees again in this capacity and will build on Atef Eltoukhy’s able leadership,” said Bartlett. “AUC is a very unique institution with a strong and vibrant community. I look forward to working with President Ricciardone, the Board of Trustees and the AUC community as a whole as the University enters another milestone in its history.”

The first American-Egyptian and the first alumnus to chair AUC’s Board of Trustees, Eltoukhy is well-known as a Silicon Valley philanthropist, particularly in the field of education. He first became affiliated with AUC more than 40 years ago as a graduate student and instructor in the Department of Material Science in the 1970s. The Eltoukhy family established the Atef and Fofa Eltoukhy Family Endowed Scholarship at AUC for the benefit of talented and deserving Egyptian students. Eltoukhy has served on AUC’s Board of Trustees since 2012, where he has led both the advancement and investment committees.

“Atef Eltoukhy is an active AUC trustee and devoted philanthropist, who cares deeply about the future of the University and the empowerment of youth in Egypt,” said President Ricciardone. “We are fortunate to continue to benefit from his dedicated support, expertise and philanthropic contributions.”

Eltoukhy was a professor at the University of Southern California in Los Angeles, a scientist at IBM and an entrepreneur in Silicon Valley. He authored more than 15 patents and publications in the semiconductor and magnetic thin film technology. He earned his PhD from the University of Illinois at Urbana-Champaign, where he received the Distinguished Merit Award for alumni in 2015. Motivated by the entrepreneurial spirit, Eltoukhy left IBM in 1983 and co-founded Trimedia Corp, which produced and marketed thin film magnetic hard disks for digital storage technology. After selling, Trimedia, Eltoukhy developed quantitative trading algorithms for equities and derivatives that helped create a new career for Eltoukhy in money management without any prior education or training. He later co-founded two investment entities, Aurum Capital Management 21 and Aurum Securities, which he continues to lead. A believer in the transformative power of education, Eltoukhy has a deep commitment to creating opportunities for Egyptian youth.

“I’ve been associated with AUC for more than 40 years, and I was deeply honored when I was elected to lead the board. As an alumnus and long-time supporter of the University, I recognize the critical importance of AUC in shaping the future of my native Egypt and the Middle East region. I love AUC,” said Eltoukhy. “As always, I remain deeply committed to the success of AUC — to its students, faculty, staff and administration. I look forward to working with my colleagues on the board, where I plan to continue my life’s mission of helping Egyptian students get the best education available in the Middle East.”