Amr Shaarawi Reflects on Years as Provost with Gratitude, Pride in AUC 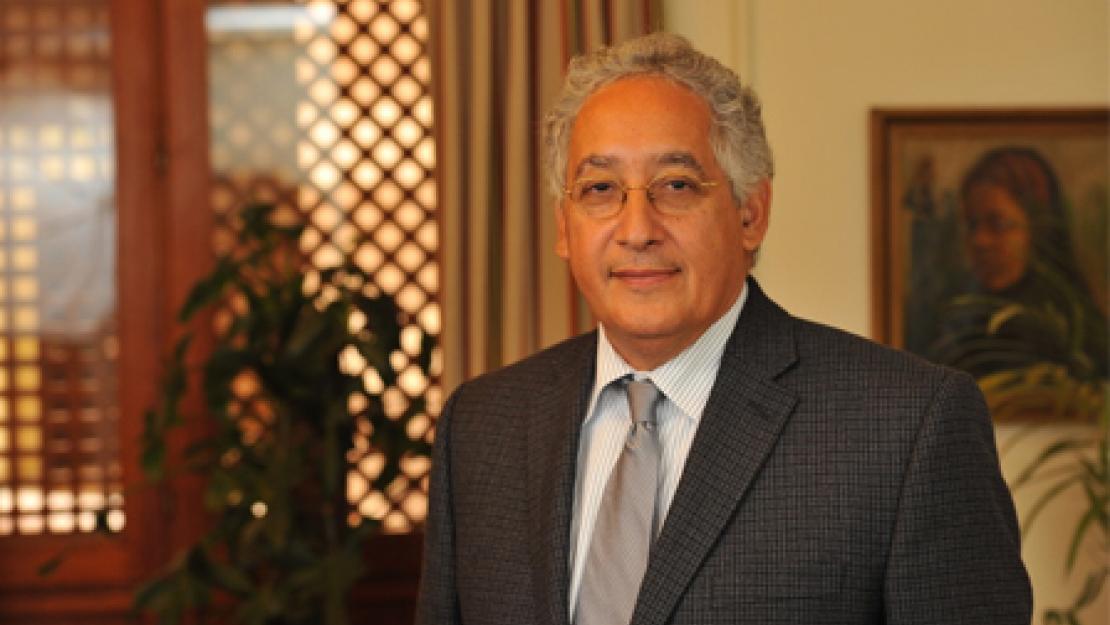 After nearly two years of service as provost, following the tragic passing ofMedhat Haroun, Amr Shaarawi will now be leaving his post and rejoining the faculty in the Department of Physics, with Professor Mahmoud El-Gamal of Rice University assuming the position of provost. Looking back, Shaarawi reflects on this experience with pride and appreciation.

“I am very happy that I have done this job,” he reflected. “It allows you to feel very grateful for this institution and understand how this place is really outstanding. But the most gratifying part of this job was working with people. We moved into a new campus and there are beautiful buildings, but what’s more important is the people who make up these buildings — the staff, faculty and students. I enjoyed that part very much — getting to know who people are, solving their problems, and working with the issues that they have had to face.”

One of the policies that Shaarawi regards as a significant step in the right direction is establishing a new declaration policy. According to this policy, freshman students are required to declare their major before the beginning of their third semester, with the approval of the department concerned. Shaarawi noted that this policy involved the participation of all AUC constituents. “We worked with students and the University Senate to discuss what was needed,” he said.

Shaarawi also helped introduce changes to the academic advising process, which he considered to be a top priority when he first entered his new position as provost. “In advising, we had quite a bit of advancement,” he said. During the past year, the Academic Advising Center has developed an automated e-petition process for courses that are in high demand and is now transitioning from carbonized copies for advising to soft copies.”

One of the other areas that Shaarawi has focused on is research. Since Shaarawi’s term in office, the number of grants that AUC has received has increased, and his office has worked on enlarging research support. “Ehab Abdel-Rahman [associate provost for research] has spent most of this year laying the groundwork for future research support, so we are definitely moving in the right direction,” he said.

In addition, Shaarawi has worked on strengthening AUC’s graduate programs. “During the past 10 years, the number of graduate programs has grown significantly, and we have worked with these programs to raise their quality even further,” Shaarawi noted. This was especially essential during the turbulent times faced by the University in the past couple of years. Because of the political situation, Shaarawi said, the level of international student enrollment decreased, so his office had to look for ways to attract other graduate students.

“I am satisfied with the work that we have done during the past two years,” Shaarawi said. “I believe that we have laid the basis for enhancing the future of this great institution.”