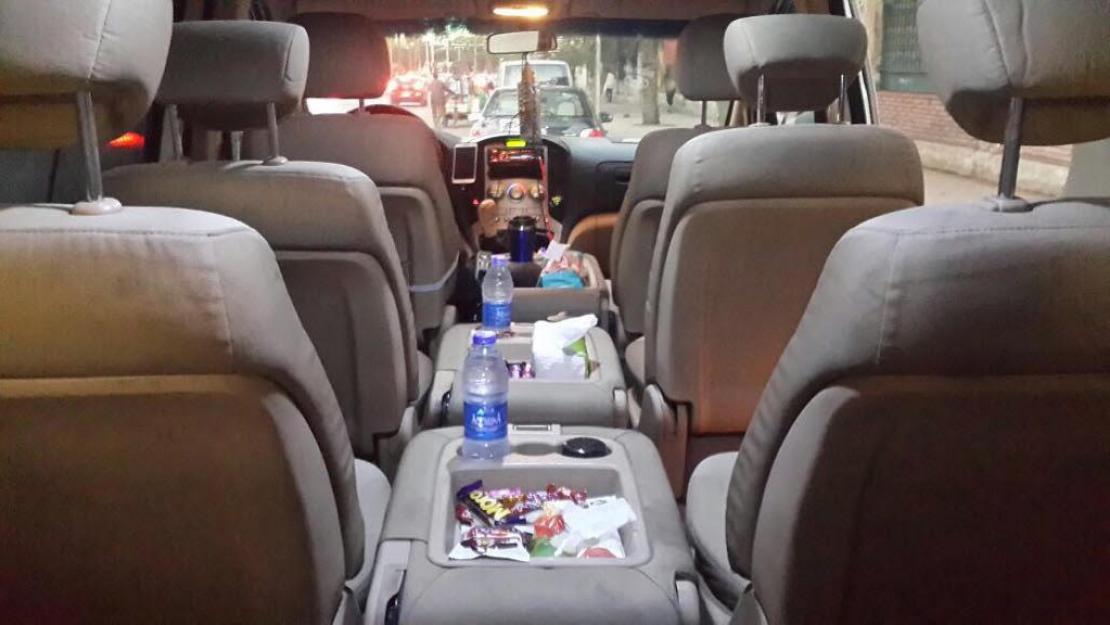 AUC alumnus Mostafa Kandil ’15 is just 24, and yet is already at the core of a revolutionary trend in Egypt with his new company Swvl, a mobile app that organizes convenient transportation routes around Egypt at reasonable prices. In only six months, the small startup has seen impressive growth, crossing Egypt’s borders as it begins to establish roots abroad.

“What we’re doing is building public transportation for emerging markets,” said Kandil. “Often, people outside of emerging markets don’t understand the magnitude of this global issue. In these markets, the middle class don’t have affordable ways to commute. We’re going to these markets and building the infrastructure for them.”

Companies around the world have tried to tap into this market with little success beyond a limited region. Kandil and his partners have impressed international CEOs with the rapid and widespread development of Swvl and the start of its expansion outside of Egypt.

“We’ve done quite well so far, but the pressure is that we’ve attracted a lot of attention from international players,” said Kandil. “The impact we’ve seen is beyond Egypt. Swvl is now six months old, and we already move thousands of people a day. Nobody has been able to crack this issue before, and we’re growing out of Egypt very quickly.”

With an innovative mind already cultivated at the age of 16, Kandil started his AUC studies as a petroleum engineering student. After gaining experience in the field through an internship, he began to think of going down a different path. “It’s a very specialized field,” he explained. “You focus on one tool for years. I get bored easily and need change. I wouldn’t be able to only work on one tool and not feel like I’m creating something new.”

And so, he shifted focus and began to create. At 19, Kandil was selected as one of 30 participants in a program hosted by Google and invited to its headquarters in Dublin to network and learn about entrepreneurship. “It was a life-changing experience,” he reflected. “We were 30 people from 25 different countries. Everyone came from a different background and field.”

Equipped with a curious, entrepreneurial mind, Kandil returned to Egypt only to pack his bags and fly out once more – this time to the Philippines. Recruited by the trending company Rocket Internet, Kandil was given the opportunity to build and grow a business based on an already successful business model. “They cherry-pick entrepreneurs, give them budgets and send them to a country to start a business,” he remembered. “We’re supposed to grow the business, scale it and hire replacements after six months to continue sustaining the company’s progress when we leave. It was an amazing experience.”

After six months, Kandil had already grown his online vehicle marketplace, Carmudi, to 40 people and scaled it to three cities. Carmudi was soon the second largest company in the Philippines, coming out on top of three major competitors.

While at AUC, Kandil was also member of the Cairo International Model United Nations, an organization which pushed him to grow as a leader and businessman. “We had to lobby at conferences and get everyone around us to believe in what we were saying,” said Kandil. “I think this is a unique skill that AUC students in particular have. When I graduated, I started doing this. My job is basically selling what we do.”

Following his graduation from AUC, Kandil dabbled in venture capital for some time as an intern, before joining Otlob as its head of operations. Already managing five teams as a fresh graduate, he was able to increase the company’s efficiency by approximately 400 percent. Continuing down the path of company growth, Kandil then joined Careem as a market launcher, launching cities in Turkey, Pakistan and Egypt for the transportation service in only six months. His talent was recognized with the CEO’s High Achiever Award.

Having worked in an on-demand transportation company for some time, Kandil began to observe trends in the market, noticing that the average trip fair totaled to three or four dollars, which can be a toll for the average Egyptian commuter. “I had a hypothesis that the problem was in the tourism companies,” Kandil said. “I knew that these companies have huge fleets of buses that are high quality, but are completely underutilized.”

With his eye on an opening in the market and partners interested in collaborating, Kandil felt ready to leave Careem and begin work on a new project. “We left our positions, and the next month, we were working on Swvl,” said Kandil.

Swvl has seen incredible success since its launch. Kandil and his partners have just returned from hopping across the world, raising funds to embed Swvl in international markets beyond Egypt’s. Kandil’s academic background and experience traveling as a student has given him an edge as he begins to search for locations for expansion. “It’s been very challenging,” he noted. “We want to keep growing quickly. I was lucky that I got to work with different cultures in different geographies when I was younger. It makes it much less scary when we say, ‘Ok, let’s go to this country and launch a business there.’"

Kandil and his team are alumni of AUC Venture Lab, where they participated in cycle 7. AUC Venture Lab is Egypt's first University-based incubator, offering acceleration programs to high-growth and innovation-driven startups. With its entrepreneurial support and the knowledge and guidance of mentors, the team was able to launch the application before graduating from the cycle.

After overcoming many challenges along the way and creating success out of limited initial resources, Kandil feels confident in his decision to divert from his original career path. He encourages AUC students and graduates to take risks such as this one and innovate. “As AUC graduates, we have the opportunity to take risks," said Kandil. "My single advice is: Build something; take a risk. This is what will differentiate you. It’s been very hard taking this leap, but we now dream of seeing Swvl as the first Egyptian tech unicorn. We’re laser focused on this vision right now.”