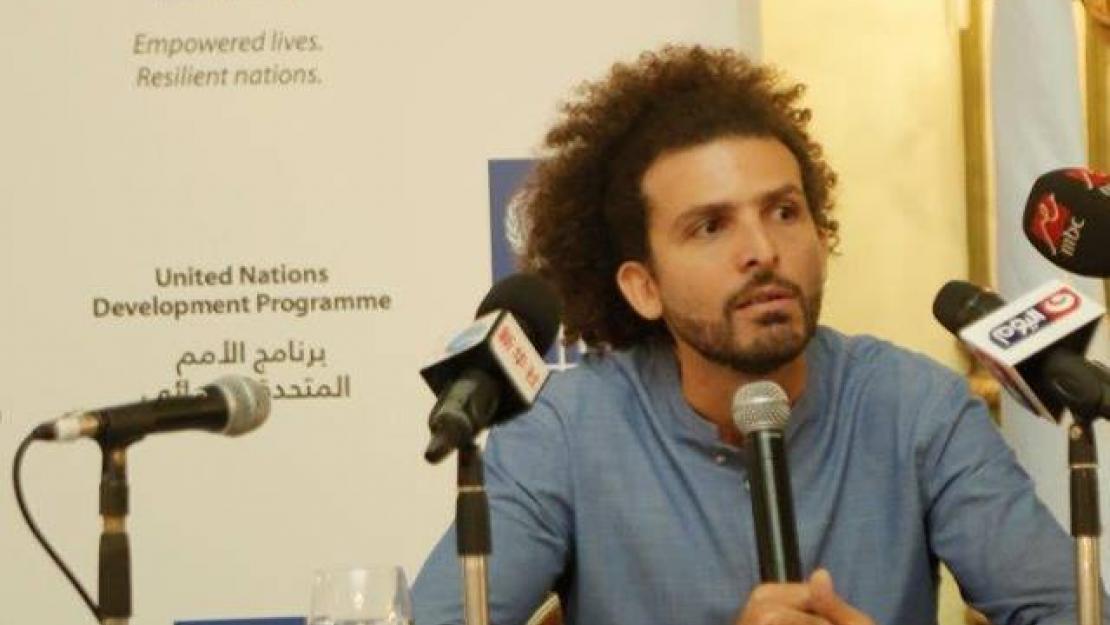 Omar Samra ’00, the first Egyptian to climb Mount Everest, has been officially appointed a Goodwill Ambassador by the United Nations Development Programme (UNDP) in Egypt.

“I’m very proud to have been selected as a UNDP Goodwill Ambassador,” said the AUC economics graduate. “It is a great honor and privilege to work with the United Nations on issues like environmental conservation and youth empowerment, which are closest to my heart. I look forward to working hard to make an impact on the ground, especially in Egypt, which I love deeply and am honored to represent in all my endeavors.”

An honor and recognition given only to those at the very top of their fields, Goodwill Ambassadors all share a deep commitment to making the world a better, more liveable place. An adventurer, Samra has a passion for environmental conservation and youth empowerment, which he will advocate for, and much more, in his work as a UNDP Goodwill Ambassador.

Samra has broken many records, becoming the first Egyptian to climb Mt. Everest and the youngest Arab at the time as a 28-year-old. He is also one of only 40 people in history to complete the Explorers Grand Slam, a challenge that requires climbing the highest mountain on all seven continents and skiing the last degree of the North and South Poles with a 60 kg sled. His many accomplishments and adventures have proven inspirational to many, and he has given more than 150 talks worldwide, where he shares his experiences and helps youth overcome obstacles to achieve their goals. Samra plans to travel across Egypt’s governorates, giving talks at more than 100 schools and universities.

An entrepreneur, Samra has founded two companies based on his passion for adventure: Wild Guanabana, which organizes and leads worldwide adventure trips and is the first carbon-neutral travel company in the Middle East and North Africa, and Rock ‘n’ Rope, a company that builds and manages outdoor adventure mountain parks and indoor rock climbing centers. More recently, Samra has set his sights on space travel, being among 23 winners from more than 2 million applicants across 60 countries who participated in the AXE Apollo Space competition. The winners will travel on a sub-orbital space flight with XCOR Aerospace.

In addition to his countless record-breaking adventures, Samra has long focused on philanthropy. He founded Marwa Fayed’s Toy Run to honor the memory of his wife, Marwa Fayed, and continue her service of providing toys to underprivileged children in Egyptian orphanages. He also set up a relief fund to help victims of the 2015 Nepal Earthquake.

In recognition of his achievements, Samra received the Young Alumni Achievement Award from AUC in 2008 and was honored at last year’s President’s Dinner series, a University initiative to recognize important members of the local and global communities whose work advances Egypt and the world. Additionally, Samra was named among Forbes Middle East’s 100 Under 40: The World’s Most Influential Young Arabs of 2016.