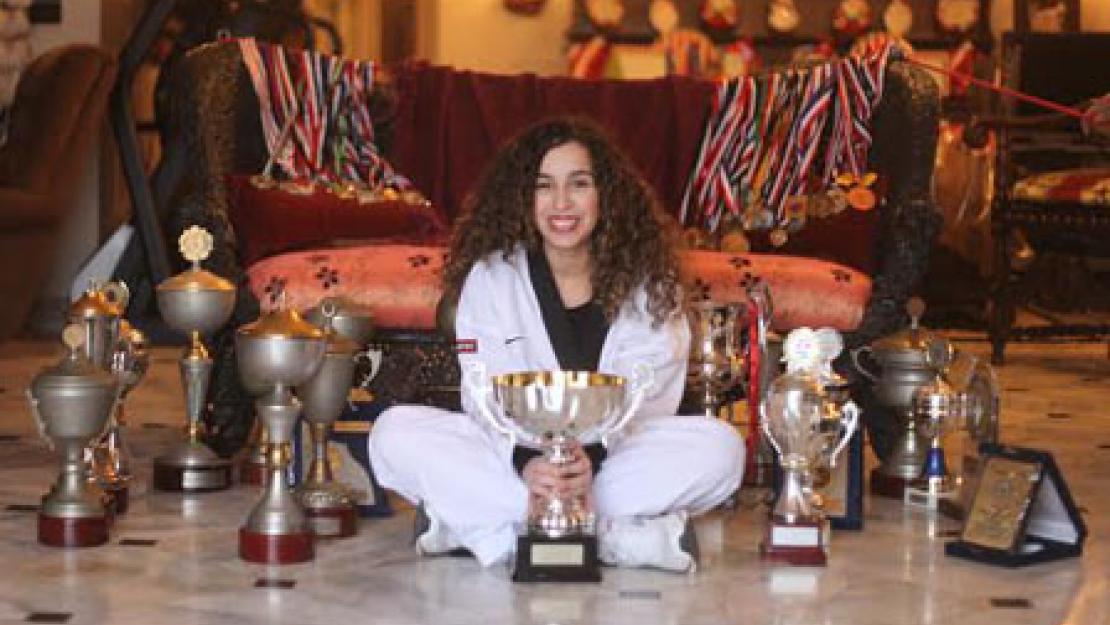 Caroline Maher ’09 is the first Arab and African female to be inducted into the prestigious Taekwondo Hall of Fame, which recognizes the achievements of extraordinary athletes who have made a significant impact on the martial art of taekwondo. Maher is one of the top-ranked taekwondo athletes worldwide, having competed in 38 countries and winning more than 80 medals and 30 cups in national, regional and international championships.

“Taekwondo is my passion,” she said. “It’s an art that provides you with a blend of mental and physical power. It taught me about perseverance, self-control, self-confidence and discipline. I enjoy every second of practice, camps and championships, and what I treasure most is raising Egypt’s flag and celebrating victory. I believe it’s a skill for life.”

As part of Egypt’s junior national team, 14-year-old Maher was participating in senior championships for adults aged 18 and above, as well as junior tournaments. After she placed seventh in the Women’s World Taekwondo Championship in Korea at the age of 15, she was ranked number five among Egypt’s top 10 athletes in 2001 by the state-run Al-Ahram newspaper and Nile TV channel. In 2002, when she was 16, the Egyptian Ministry of Youth and Sports named Maher one of the best 12 female athletes in Egypt.

Maher joined AUC in 2004 as part of an honor scholarship for sports achievements. At the University, she excelled both academically and with the AUC taekwondo team. She was awarded best taekwondo player from 2004 to 2008 and most outstanding athlete in 2008, all while remaining on the dean’s list. Maher earned her bachelor’s in journalism and mass communication, with high honors, in 2009.

Today, she continues to compete internationally and has become a certified taekwondo coach and referee, holding a fourth-degree black belt. “There is a lot of stereotyping toward women’s participation in sports,” Maher said. “I personally received a lot of encouragement from my parents, and that made me fight hard to become a champion, but that’s not the case for other females in Egypt.”

Maher hopes that her achievements can inspire other women to go after what they want. “Fight for your dreams,” she said. “Do your best no matter what the final result is so that you will never look back and regret the fact that you never tried. Never, ever give up. Just find your passion and pursue it. Always trust your inner voice.”