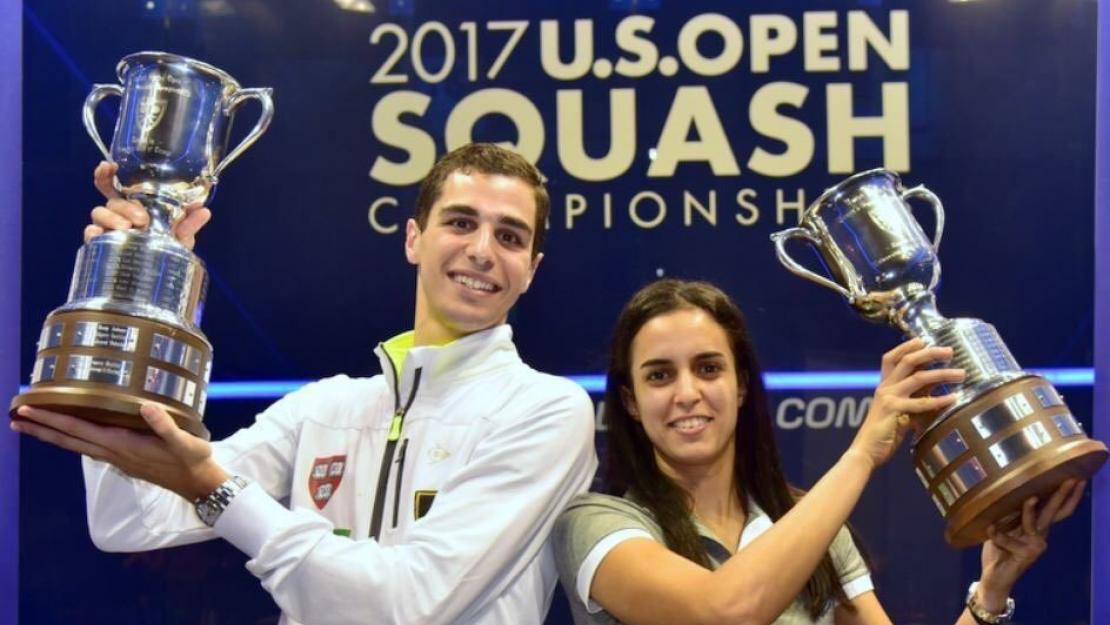 Nour El Tayeb '16, an economics graduate, and her husband Ali Farag, who spent his freshman year at AUC before transferring to Harvard University, where he graduated with a degree in engineering sciences, just became the first married couple to win championships at the U.S. Open Squash Finals. They have made history, becoming the first married couple to claim major sports titles on the same day.

El Tayeb has been showcasing her talent since her time at University, earning recognition for her athletic success and good academic standing. At her graduation ceremony, El Tayeb was awarded the Omar Mohsen Athletic Achievement Cup, which recognizes a student who has won a gold, silver or bronze medal representing AUC in national and international tournaments and has maintained a minimum GPA of 3.0.