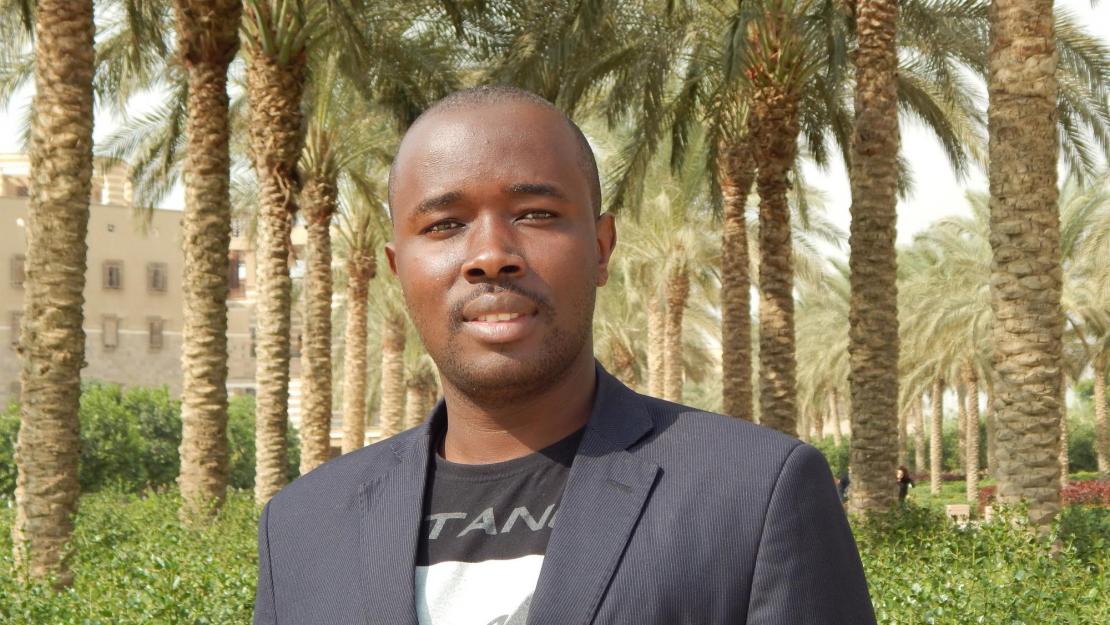 For James Kegere, a nanotechnology master's student and president of the Black Students Association at AUC, science and social change go hand in hand.

“People see nanotechnology and community work as the antithesis of one another because as a scientist, you are expected to live your life in the lab," said Kegere, an international student from Uganda who is also a recipient of AUC’s African Graduate Fellowship. "But I believe that these two components move together. Science is about having a vision for our societies’ future, and we work in the lab to find solutions that make our vision a reality. At the end of the day, scientists must understand the society they live in if their research is to be innovative and have a real impact.”

Studying nanotechnology, for example, offers students like Kegere the opportunity to tackle some of the world’s biggest health problems like drug-resistant bacteria. “We have a global problem with antibiotics," said Kegere. "Drug-resistant bacteria are mutating quickly, outpacing antibiotic research and new drugs. I chose this research topic because in Africa, we suffer from these outbreaks. They’re devastating to entire communities.”

“Nanotechnology offers hope,” Kegere continued, “We’re finding that if a material has antibacterial properties, these properties are much stronger when you break it down to its smallest size. This means that we can produce more effective materials in a shorter period of time so that better antibiotics deployed on the frontlines whenever we have an outbreak.”

Kegere’s interest in community work began during his undergraduate studies at Alexandria University, where he formed the African Students Organization with other African students, “We wanted to keep in touch with the realities back in Africa," he explained. "The whole theme was to transform our lives and make an impact, not just in our societies, but also in Egypt.”

This passion led Kegere to AUC, where he could pursue his interest in both community engagement and scientific research, “I felt my work in Egypt was unfinished," he said. "Given AUC’s position as the top University in the region, I knew that here I could continue my work in Egypt and also be in an environment that would foster my interests. Honestly, I felt that if I didn’t come here, I would have betrayed myself.”

Once at AUC, Kegere was impressed by the University community’s commitment to student life. “On the very first day at the University, I noticed it had vibrant student activities on campus," he recalled. "Booths were everywhere. People were vivacious, and I saw a lot of joy in the air. So like how they say, “When in Rome…,” I decided to join different clubs, going to Tahrir to teach refugees, working with the HELP club and engaging in administrative work. The experience was really wonderful.”

As head of the Black Students’ Association, Kegere has continued to be an advocate for African students’ affairs. “I believe that together, there’s nothing that beats solidarity and teamwork, especially in a place where things can be hard. I joined the Black Students Association to build a team of people who have the potential to do good. The developing world faces many challenges, but we can overcome them if individuals are willing to dedicate themselves to finding solutions while inspiring others to do the same.”

Kegere hopes that a career researching nanotechnology will help him continue to inspire social change around the world. “I ultimately want to become a professor," he said. "Working with such humbling professors at AUC, like Wael Mamdouh, Hanadi Salem, Hassan Azzazy, Nageh Allam, Rania Siam and Adham Ramadan, has showed me how professors themselves impact their societies not only through their own research, but also by inspiring their students to be future agents of change, and I hope to walk down the same path.”