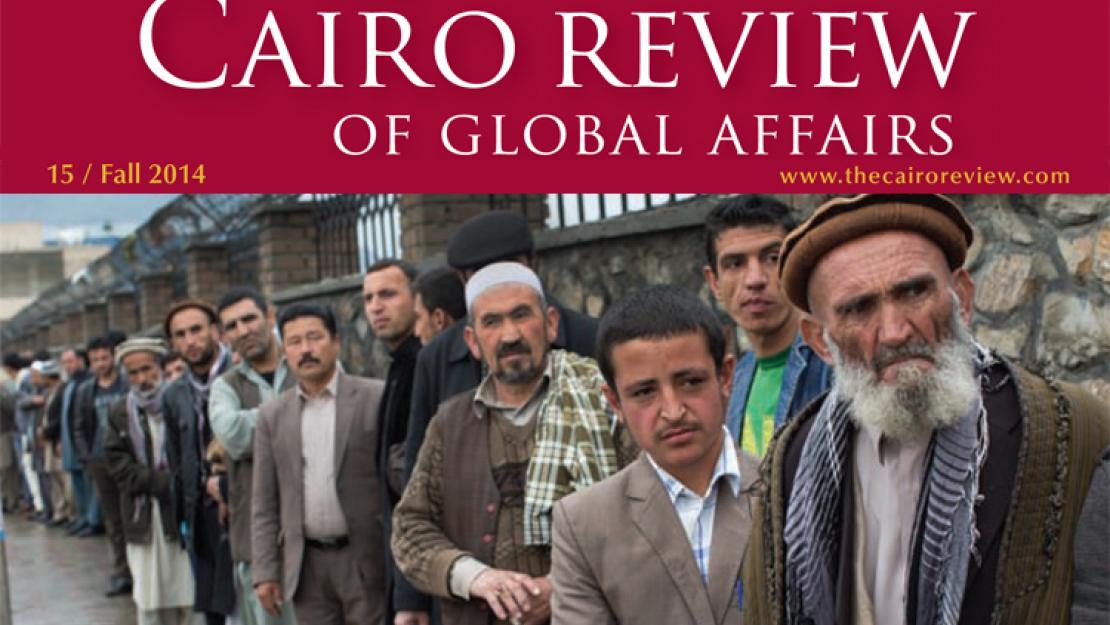 Lawrence Wilkerson, the former army colonel who served as chief of staff to Secretary of State of Colin Powell in the George W. Bush administration, says in an interview with The Cairo Review of Global Affairs that the United States is headed for defeats in Afghanistan and Iraq. Wilkerson’s comments appear in the Cairo Review’s Fall 2014 issue, which features “Special Report: Afghanistan’s Fate.” In the interview, Wilkerson argues that American over-reliance on military strategy and the rise of other nations like China will make the United States a “middling power” within a few decades. “We don’t have really smart plans, strategies,” Wilkerson explains. “So we resort increasingly to the one thing that seems to work, temporarily at least — it hardly ever works in the long run — the military. That’s how empires disappear. By around 2050, we are going to be a middling power.” Wilkerson blames Washington’s “stupidity and incompetence and our own arrogance” for impending defeats in “two long, interminable wars.” President Barack Obama, he says, “inherited a great deal of the foreign policy mess” from the George W. Bush administration where Wilkerson served as a State Department official from 2001 to 2005. While the U.S. invasion of Afghanistan started out as an understandable reaction to the September 11 attacks, Wilkerson says, “it morphed into being an occupation, a nation-building effort in a place that is the graveyard of empires, and became the over-commitment of American power. We haven’t changed a damn thing. The Taliban are waiting us out. They know we’re leaving.” In addition to the Wilkerson interview, the Fall 2014 Cairo Review issue includes essays by numerous experts on the country, including: William Dalrymple, author of Return of a King: The Battle for Afghanistan, 1839–42; Thomas Barfield, professor at Boston University; Edward Girardet, author of Killing the Cranes: A Reporter’s Journey Through Three Decades of War in Afghanistan; Zahid Hussain, columnist at Pakistan’s Dawn newspaper; Manizha Naderi, executive director of Women for Afghan Women; and Qais Akbar Omar, author of A Fort of Nine Towers: An Afghan Family Story. The issue also contains an essay by documentary filmmaker Robert Greenwald on his latest film, Unmanned: America’s Drone Wars, and a photo essay depicting three decades of conflict in Afghanistan by veteran TIME photojournalist Robert Nickelsberg. To read “Special Report: Afghanistan’s Fate” and the full Wilkerson interview, visitwww.thecairoreview.com.