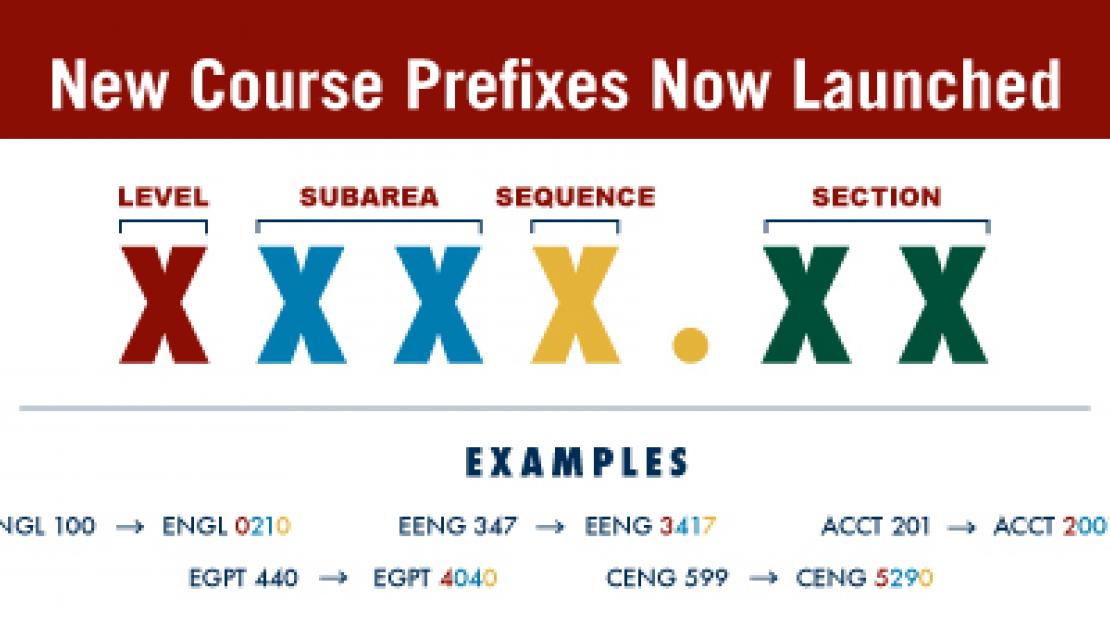 Starting Winter 2014, AUC will be using a new course numbering system, switching from three-digit to four-digit number codes. The new system will ensure greater clarity in advising and registration, and will accommodate the increasing number of course offerings at the University.

“This new system is not actually very different, but it will serve the students better,” explained Nathaniel Bowditch, dean of the School of Humanities and Social Sciences. “Many universities are switching to a four-digit system. AUC switched because our old numbering system was unable to cope with the expansion of the University and, as a result, was causing problems for everyone involved.”

The shift to four digit course numbers has been in development since 2010. Each department designed its own system, many in collaboration with Bowditch and other administrators. “It’s been a lengthy, carefully researched and thorough process that’s included the input of people across the University,” Bowditch affirmed.

For example, the Ancient Philosophy course in the Department of Philosophy is currently listed as PHIL 312, but under the new system it will be PHIL 3001. While the old number only indicates that it is a 300-level course, the new number provides more information. The first digit, “3,” indicates that the course is intended for juniors. The second digit, “0”, indicates that the course does not have any 300-level prerequisites. The final two digits, “01” indicate that the course is the first in the progression of junior-level courses required by the major. The old number did not indicate that this course should be first in the 300-level course schedule, while the new number makes it clear where this course falls in the requirements for the philosophy major. This will enable students and their advisers to better plan out what courses they need to take and when in order to meet the requirements of their major, minor or concentration.

“This system encourages more order across the University and fewer inaccuracies in advising and registration,” Bowditch noted. “The change is necessary as the University grows, but it is also an opportunity to rethink how courses were numbered to develop a more intuitive, comprehensive system.”

During registration for Winter and Spring 2014 courses, the new numbers will appear alongside the old numbers, with clear instructions on how the old and new numbers correspond to one another. After Spring 2014, only the new numbers will be used. “The new system will standardize course numbers and improve enrollment management, making it easier to determine how many students are enrolled in a course and, therefore, how many seats should be available,” said Bowditch. “Ensuring that courses have the correct number of seats will provide students with better access to the courses they want and need.”

For more information about the new course numbering system,click here.