Soraya Bahgat '06, Advocate for Women and Girls, Reflects on Her Long Journey Calling for Gender Equality 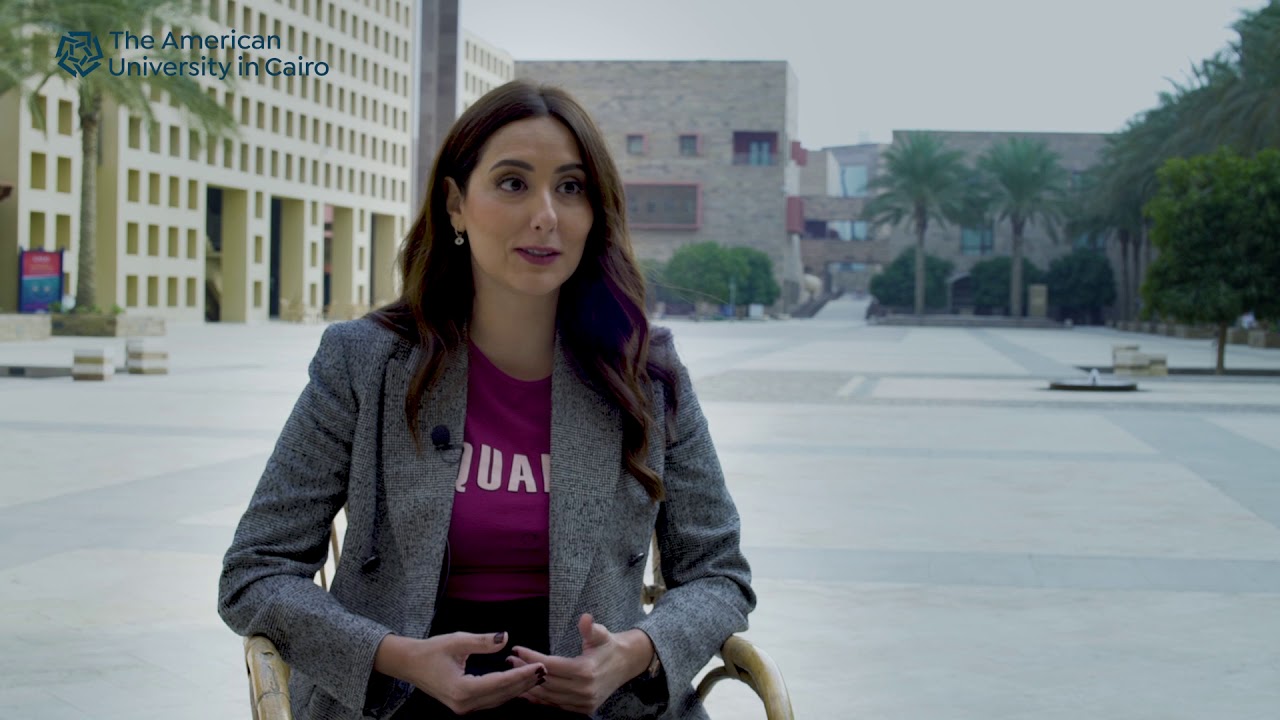 Soraya Bahgat '06, a member of the UN Women Gender Innovation Agora and the first Arab and Middle Eastern to receive Hän Honor, the Finnish Government's award for gender equality, speaks to News@AUC about starting a movement in 2011 to prevent mob sexual assaults in Tahrir Square. Bahgat's long journey of supporting women and calling for gender equality has been crowned when UN Women chose her out of five activists as part of the global campaign to end violence against women and girls. #AUCSpeakUp

"Tahrir Bodyguard was a journey of continuous learning. What started as an idea grew to be a database of more than 350 volunteers who fight sexual harassment. Advocating for women and girls is a continuous journey filled with a lot of blessings and fueled by passion — the best thing that has ever happened to me.”

"I come from a family of very strong women: my mother and grandmother are tough and resilient, and I've seen their capabilities. So I was raised in an environment that helped me understand the importance of women's contributions. At the same time, I had always wanted to do something. I've been subject to sexual harassment as a girl, not unlike many Egyptian women and girls, and I never got justice because I was usually told 'sorry,’ ma'lesh or even 'What were you wearing?"

Bahgat believes that the current upheaval and momentum in women's rights in Egypt is not new. However, what's different this time is its magnitude and the power of social media that is making it more impactful than before. "We are reaching a moment of accountability, utilizing existing laws and building on them to bring sexual harassers and rapists to justice. I think that creating laws to protect the identity of survivors and witnesses is a great achievement, but what is more important is how we utilize this."

"I understand the power of social media in raising awareness and bringing about change. I first started Tahrir Bodyguard on Twitter — Facebook and Instagram were not as strong back then. But now, I see the younger audience embracing the power of social media, so there is definitely an important role that social media plays. Social media also allows people to speak up from the safety of their own phones and computers because sometimes they choose to do so using different names to express themselves freely. Social media is not just a platform used by us — advocates — to raise awareness, but it is also a platform where we receive messages from survivors of sexual crimes sharing their stories with us and a space to stand up to sexual crimes.”

Message to AUCians
"So much is already being done now on campus to address the issue of sexual harassment. Please don't let this be just a temporary momentum. Each and every one of us can play a part, and if any member of the community is working on a project to combat sexual harassment and support equality, please reach out. We are stronger together. Let's keep the AUC community alive and show the world what we can do. AUC has always encouraged civic responsibility and engagement, and I am extremely proud to be an AUC graduate.”