The Science Behind Chocolate: Why It Makes Us Feel Good

We eat it to celebrate or when we're sad. We give it away to say, "I love you" or sometimes, "I'm sorry." Strangely, some people even bathe in it.

Chocolate is one of the most coveted foods in the world, and people have enjoyed this sweet treat for more than 4,000 years.

Mayan Indians of South America were the first people to consume chocolate. They crushed the beans of cocoa trees to make a bitter drink called "xocolatle," which they used as a stimulant and for religious ceremonies. They considered it the food of the gods. It wasn't until the 16th century, when Spaniards brought chocolate from South America back to Europe, that the drink was mixed with sugar and spices. The chocolate craze quickly spread through Europe and in 1849, the Cadbury brothers introduced the first solid chocolate bar.

"Chocolate is something that people enjoy very much" observed Adham Ramadan, professor in the Department of Chemistry and dean of graduate studies at AUC, in his lecture, “Chocolate: The Science of an Indulgence,” part of the School of Continuing Education’s Self-Development Through Learning series. "It's interesting to try to understand what it is composed of, what makes it enjoyable to us."

The answer is a combination of senses and science.

While the modern confectionery is typically loaded with sugars and fats that could have negative health impacts, chocolate also contains ingredients that could have some positive sensual effects. Trytophan is one such ingredient. It is a precursor to serotonin, which inspires feeling of happiness. Also present is phenylethlyamine, a type of amphetamine, that "gives you a feeling of contentment … and mimics the effect of being in love," according to Ramadan.

Theobromine is a stimulant responsible for the "buzz" you get after eating chocolate.  Ramadan described this as a "buzz of energy, buzz of sharpness of mind, which will actually last for a while."

If you want another excuse to indulge, dark chocolate contains antioxidants, which help prevent aging, control blood pressure and may even aid in preventing cancer, Ramadan noted.

Unfortunately, the sugar and fat content outweigh some of the health benefits. But don't worry, you're not the only one who can't stop at just a single truffle. Ramadan pointed out that "because of the sugar content, chocolate can be addictive."

From a scientific standpoint, Ramadan identified four main components of the chocolate-eating experience: the melting point, flavor, texture and flow. He noted that roasted cocoa beans, fats and sugar are the main ingredients of dark chocolate, while milk proteins are also included. It's the quality and proportion of these basic ingredients that make the flavor of chocolate unique and affects how the chocolate acts once we put it in our mouths.

Fat molecules help regulate the melting point. Chocolate won't melt in the package, but it begins to soften the moment we put it in our mouth. "When you put the chocolate in your mouth at 37 degrees, it needs to melt,” said Ramadan. “If it remains as a solid, your different taste buds will not really detect the different components that will actually trigger the taste. You only taste the surface of it."

Flavor is determined by the ratio of ingredients. The acidity of the cocoa beans is balanced by the addition of milk proteins. Sugar adds sweetness and offsets some of the bitterness and sourness of the raw chocolate. However, Ramadan pointed out that sugar is more than just a sweet addition. “If you put sugar in contact with any flavors, it will absorb the flavor. It actually captures  and helps maintain the different flavors inside the chocolate," he said, adding that  these flavor ingredients evaporate in your mouth and move up into your nose. “This gives you a fuller aroma and heightens the enjoyable experience.”

The creamy texture of chocolate is influenced by the fat content. Fats molecules surround the chocolate and sugar particles and "the fat coating is what makes it smooth,” noted Ramadan. “The texture is very important because if it's a granular texture, it will not flow properly."

Flow is a crucial element of chocolate. Once the chocolate begins to melt, it moves through your entire mouth. A smooth flow is needed "to really trigger all the different taste buds that you have –– the different parts of the mouth that actually detect different chemicals in the chocolate and trigger the taste and smells,” Ramadan explained.

Even though chocolate is 75 to 85 percent sugars and fats, good chocolate is more complex than just a sweet treat. "The first reaction is that you taste the sweetness, and if there is any saltiness, you taste that next. Then, as it moves back, you taste the sourness and bitterness, and it is actually this that remains in your mouth after you swallow," said Ramadan.

There is no denying that chocolate is the first food most people reach for when they are feeling down. It's easy to understand why we want to dissect the mechanics of how chocolate functions and the chemistry behind it. However, belief in the comforting power of chocolate also plays a role. "Sometimes, physically, it makes you feel well,” explained Ramadan, “but, sometimes part of feeling well is far more beyond the chemical and physical; it's psychological. You believe it makes you feel well."

So perhaps, as Ramadan humors, instead of looking for love, we can just eat a lot of chocolate. 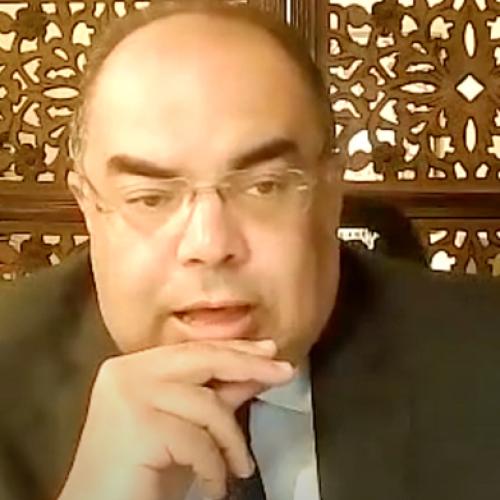 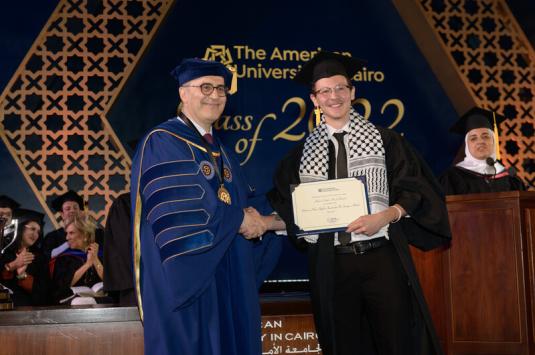