Preserving 'One of the Most Important' Settlement Sites in Egypt 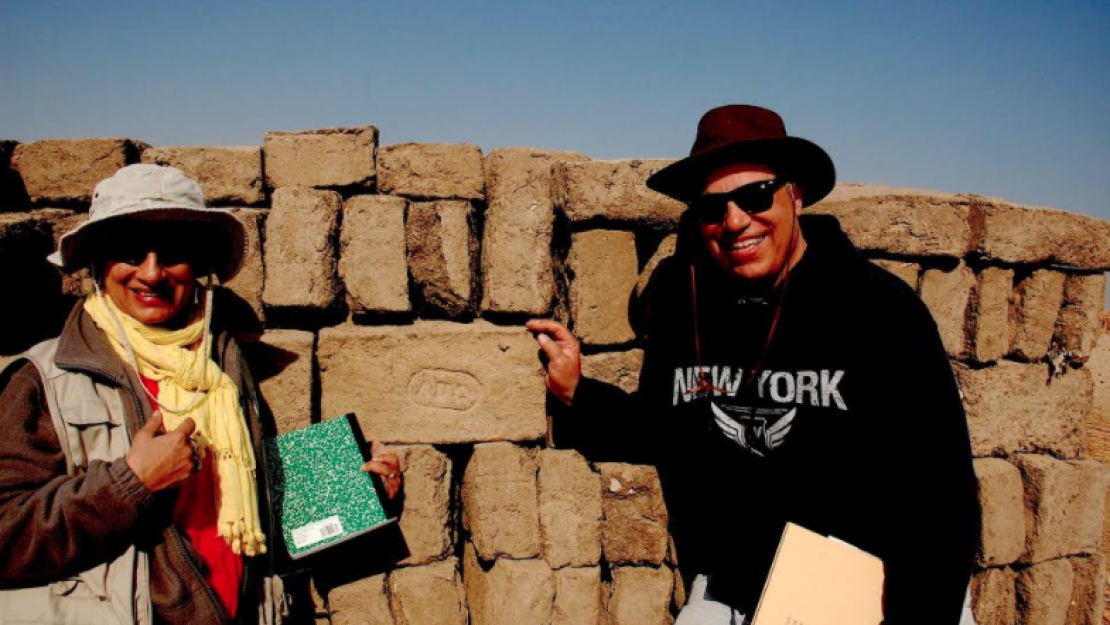 Peter Lacovara, visiting research scholar at AUC, along with Salima Ikram (YAB '86), distinguished University professor of Egyptology, and her graduate students, are working to preserve an important historical and archaeological site in Egypt, Deir El-Ballas, that has been damaged by illicit diggers and is in danger of continued looting.

Directed by Lacovara, the project — funded by the Archaeological Institution of America’s 2019 Site Preservation Grant and undertaken by AUC and the Ancient Egyptian Heritage and Archaeology Fund — involves fixing the damage done to the site, creating a site management plan and engaging people from the local community in the preservation efforts.

"The site of Deir El-Ballas is critically important as one of the few preserved ancient Egyptian town sites as well as the forward capital of the Theban kings during their war against Hyksos," Lacovara said.

Adding to the historical significance of Deir El-Ballas, Ikram said that it is "one of the most important settlement sites in Egypt, boasting palaces as well as dwellings and cemeteries for members of different social classes. Such sites are rare, and it is crucial to preserve them for future generations so that they can have a better understanding of the vast variety of lived experiences of the ancient Egyptians."

A few elements of the project include restoring the facade of the South Palace, restoring the North Palace’s main enclosure and the restoration of the casemate core of the palace itself. Additionally, the team is replacing eroded mud brick with new mud bricks, cleaning up trash within the site and preserving a staircase.

And this project is far from the first at this site. Deir El-Ballas was first excavated in the years 1900 and 1901, but the excavation was not published and the notes weren't substantial enough to study. Lacovara worked at the site in the 1980's, 2015, then returned in 2017 to carry out this restoration.

Work on the site has ended for this season, but the team will be back next season to finish up.

You can see the team's week-by-week progress from this past season on the blog page and keep updated on next season's work too.