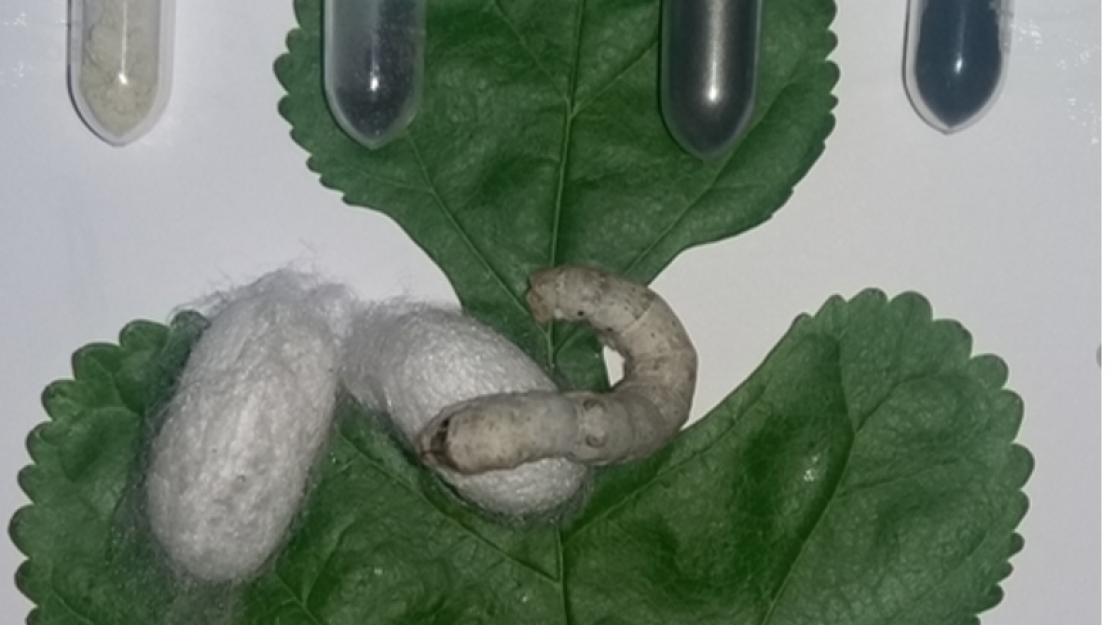 When Basant Ali, a PhD candidate in AUC's nanotechnology program, proposed an unusual research idea, her friends and professors told her she was crazy. However, a few months after her proposition, Ali’s “crazy” idea turned into a months-long research project and was soon published in Scientific Reports, a branch of the world’s leading multidisciplinary scientific journal, Nature.

Under the supervision of Nageh Allam, professor in the Department of Physics, Ali worked with silkworms to produce electrically conductive silk that can be used in several technological applications, such as supercapacitor electrodes, or devices that store energy. Ali’s research further focused on producing wearable fabrics that are capable of storing and transmitting energy.

“We need electricity all the time and everywhere we go in order to do things like charge our phones and laptops,” Ali said. “So we thought, 'Can we make a flexible, wearable, supercapacitor? Imagine being able to charge your phone with your shirt.' And silk was the first material I thought of.”

Ali was able to do this by spraying electrically conductive chemicals on the leaves that silkworms eat. After feeding them for 10 days, the worms produced silk that was embedded with those chemicals and, therefore, conductive. This silk was then made into textiles. Conducting her research took time, as it took five weeks for the silkworms to grow, 10 days to feed them and four days to produce silk.

“It’s a simple process, but a novel idea,” Allam said.

Allam expressed how conductive silk can have a plethora of practical applications. Companies, he said, are always looking for new, light materials that dissipate heat, which they can build into the surfaces of electronics. The conductive silk, for example, could be built into a laptop to prevent overheating. One of the more long-term applications could be making a material where gas censors are embedded in clothing, like mining suits.

Before getting published, Ali and Allam patented their research through the U.S. Patent Office. In the meantime, Ali is waiting for a new delivery of silkworms so that she can further develop her research and attempt to make more highly conductive supercapacitors. She will be presenting her work at the Materials Research Society Meeting and Exhibit in Boston, Massachusetts in December 2019. Prior to Scientific Reports, Ali has five publications in other scientific journals.

“I’m so proud that this crazy idea is getting some attention,” she said. “Seeing your ideas come true is amazing.”

You can read Ali's publication in Scientific Reports here.