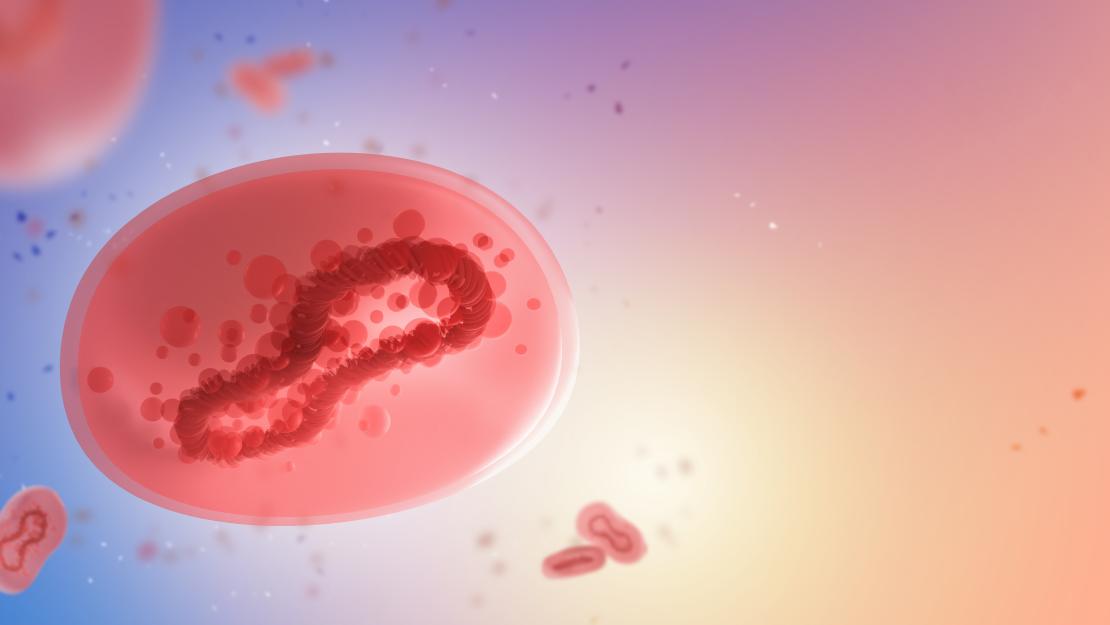 The virus was declared a public health emergency of international concern by the World Health Organization (WHO) in July. Earlier this month, Egypt detected and isolated the country’s first monkeypox disease case — a 42-year-old Egyptian man who, according to the Ministry of Health and Population, resides in Spain.

Since the case was disclosed on September 7, no other instances have been reported, and the ministry declared that because the risk of the virus spreading is lower than that of COVID-19, rigorous, coronavirus-like measures have not been put in place. Globally, cases in the hardest-hit countries such as the U.S. and Spain are also on the decline.

However, precautionary measures should still be taken by both individuals and institutions, according to Hassan Azzazy, distinguished University professor in the Department of Chemistry, and Hassan El-Fawal, professor of biomedical sciences and founding director of AUC’s Institute of Global Health and Human Ecology.

“Monkeypox first appeared after cessation of the smallpox vaccination in 1980,” Azzazy said. “It was originally reported in central and west Africa.”

“The virus is transmitted to humans from animal hosts (including squirrels and monkeys), and from humans to humans” Azzazy said. “It is similar but clinically less severe than smallpox, and it is not as contagious as COVID-19 because it requires close contact with an infected person.  It is also more commonly found among men who have sex with men.”

The main symptom of monkeypox is a skin rash, which may look like pimples and be sore or itchy. Azzazy added, “Some patients may experience flu-like symptoms (fever, chills, swollen lymph nodes, sore throat and cough) before or after the rash appears.”

First detected outside of endemic countries last May in the United Kingdom, the virus has now spread to more than 100 countries, with over a third of the cases reported in the United States, according to data from the Centers for Disease Control and Prevention.

“As of September 16, around 61,200 cases, including 20 deaths, have been reported in over 107 countries,” said Azzazy.  “It is important that all countries work together to stop the spread of the virus.”

From Awareness to Action

El-Fawal says that a monkeypox pandemic is unlikely to happen because there is a lower risk of contracting the virus. However, health officials should keep an eye on the situation.

“In general, there is no cause for concern as long as public health officials are monitoring the appearance of new cases and tracking the incidence,” he said. “That being said, educating the public is key.”

Raising awareness of the risk and risky behaviors associated with the virus, especially among vulnerable populations, will greatly help curb the spread.

“Medical professionals, when presented with cases, need to be cognizant of presentation and counsel infected patients as to responsible behavior,” El-Fawal said. “Communicating awareness of the risks should be paramount for public health professionals.”

Azzazy recommends that institutions increase the frequency of cleaning and disinfection of high-traffic areas, as well as making sure that hand washing facilities and sanitizers are available and plentiful, in order to reduce the likelihood of the virus spreading.

The quickest way the virus spreads is skin-to-skin contact. “Monkeypox can also spread to humans from an environment (clothing, towels, surfaces) contaminated with the virus,” Azzazy added.

Therefore, “Individuals should minimize close contact with others, isolate and seek medical help if they suspect they have the disease, and wash their hands frequently,” he said.

Both Azzazy and El-Fawal believe that there is no need for alarm, for now.

“Experts think that monkeypox may not be the next COVID-19 pandemic,” Azzazy said. “It is less contagious and less deadly.”

El-Fawal says that for now, “Per the CDC, the broad public is not required to be vaccinated. However, those suspecting exposure to someone with monkeypox should be vaccinated within four days to avoid developing clinical signs or to attenuate their symptoms.”

Though another pandemic may not be around the corner, the professors concluded that it is still important for all to be aware of the virus and to take precautions.

At AUC, flyers and banners with basic information about monkeypox were posted at the entrance gates prior to the beginning of the semester and the diagnosis of the first case of Monkeypox in Egypt.

The clinic is monitoring the situation globally and locally, working closely with Egypt’s Ministry of Health and Population and the local health authorities to monitor the virus and implement precautionary measures, when necessary. 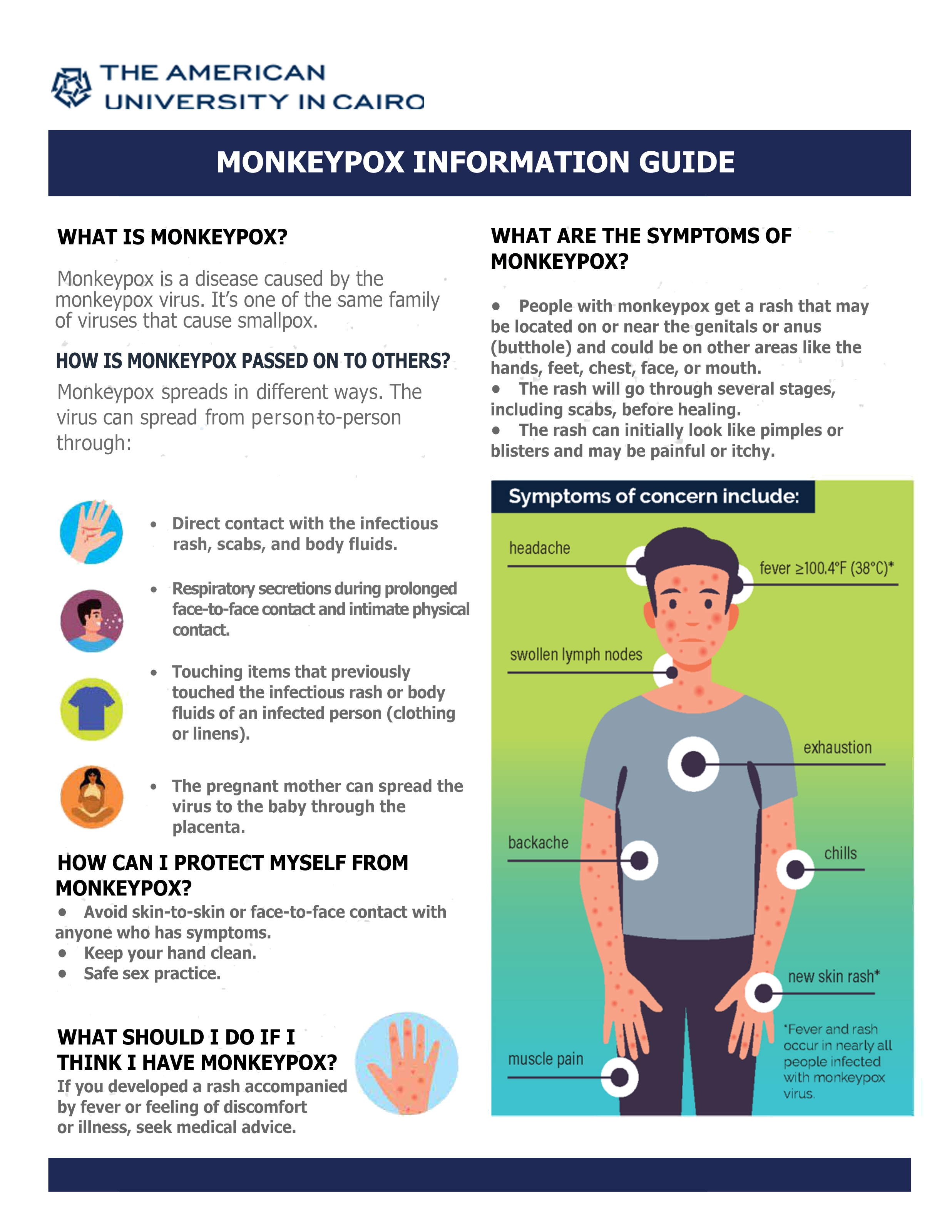