Michael Gibson on AUC's Smoking Cessation Clinic: 'It Feels Good to Not Feel Addicted to Anything' 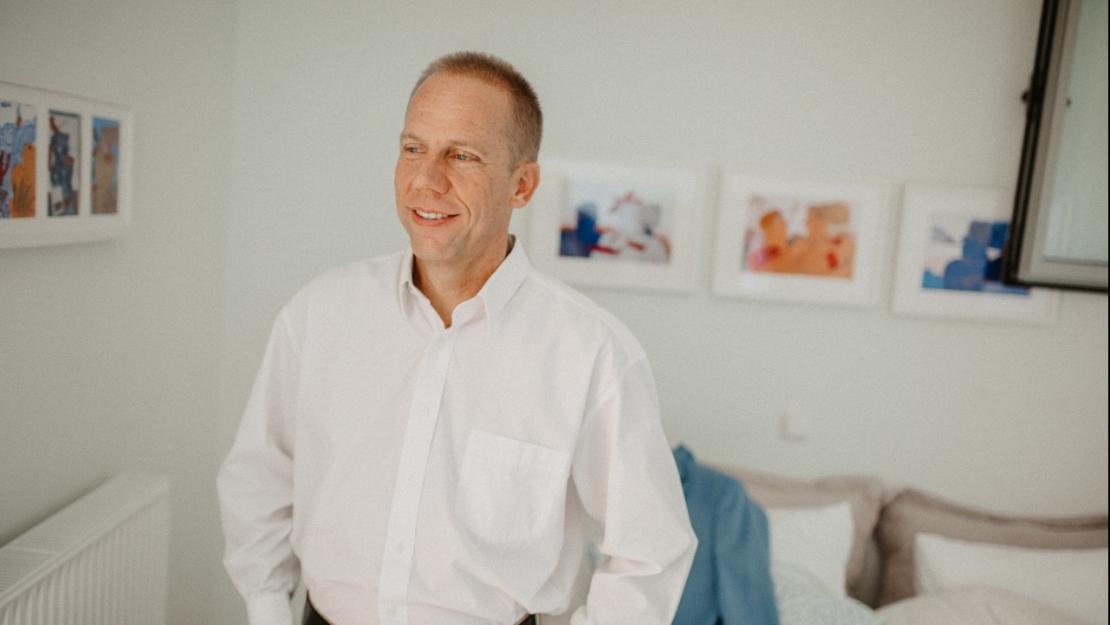 “Between 2009 and 2019, I used to smoke between seven to 10 cigarettes a day. During those 10 years, I tried to quit several times without success,” said Michael Gibson, senior instructor in the Department of Rhetoric and Composition.

Last June, Gibson learned about AUC’s Smoking Cessation Clinic from on-campus flyers and decided to enroll in the program. First, he met with a psychiatrist who asked him some questions about his addiction and prescribed some medications for several months to help him quit. “I wanted to quit for my health and fitness and because I don't like the way it smells on my hands, clothes and in my breath,” he said.

The medications and regular counseling are what helped Gibson relieve his cravings and made him realize that he doesn’t want or need this anymore. “The regular follow-up with the psychiatrist every other week to check in with me and track my progress was a great motivational boost,” explained Gibson.

“I have not only continued to refrain from smoking since then, but ­­­­­­­­­­for the most part, I don't even have the desire anymore,” he affirmed.

“There are times, every now and then, when I feel the urge (as I see someone lighting up), but I resist,” he noted.

Since he quit smoking, Gibson has witnessed a significant improvement in his ability to run and play sports, and his overall health has become better. He’s enjoying having his life and health back.

“I no longer have to smell like a used ashtray, and my sense of smell and taste are sharper again. It feels good to not feel addicted to anything,” he said. “I strongly encourage anyone who is finding it difficult to quit to try the program.”