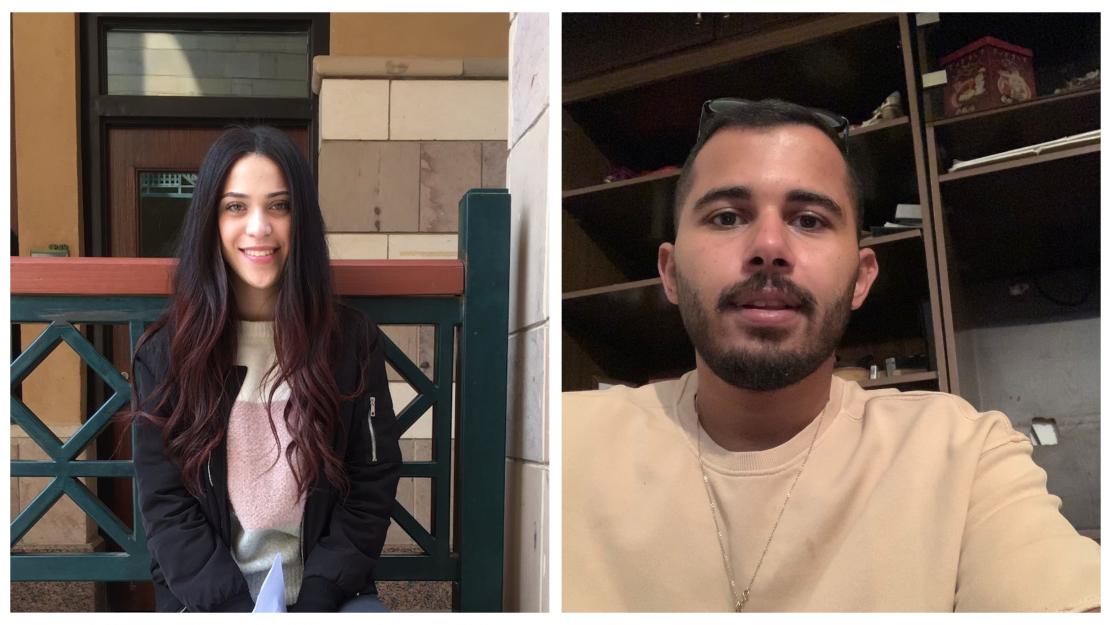 Their PSA, "Lee De Forest Radio History," was produced last spring for a project in the Introduction to Audio Production course taught by Kim Fox, professor of practice in the Department of Journalism and Mass Communication.

Fox assigned the project to walk her students through the audio production process from “conception to completion.” Students brainstormed ideas, conducted research, chose music and sound effects, wrote a script, added their voices and edited the final PSA.

“Habiba and Omar did a great job pulling it all together under the radio history theme," she said.

The pair decided to present on a lesser-known figure from radio history: Lee De Forest. “Whenever anyone thinks of the history of radio, they usually think of Guglielmo Marconi. However, most people have never heard of De Forest, although he started his invention earlier than Marconi did. So we decided to focus on De Forest and his contribution, which eventually made radio broadcasting possible,” Abouzied said.

Shaarawy added, “We wanted to honor his work since he had a relatively hard and problematic life and was shown very little appreciation.”

The two had no expectation of winning the competition, nevertheless, they worked passionately on the PSA. Abouzied recalls. “When Omar and I were working on this, we said we wanted to work hard, but our goal was not to win the competition. It was to produce something we could be proud of and that people would want to listen to.”

The success is still somewhat of a shock to Abouzied and Shaarawy, but they both take pleasure in knowing they could produce award-winning contect. “Honestly, it feels unreal. I still go back to the email and reread it to make sure we actually won,” Shaarawy said. His partner continued, “Personally, achieving this gave me a lot of hope and encouraged me to keep working with passion.”