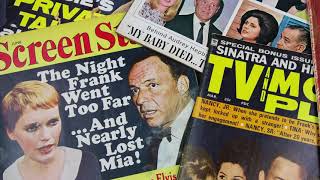 In his debut book Gossip Men, historian Christopher Elias, assistant professor of history at AUC, examines a crucial period of change in the history of American politics from an uncommon yet fascinating perspective – gossip.

Gossip Men introduces readers to J. Edgar Hoover, Joe McCarthy and Roy Cohn – three major players in 1950s American history, all of whom harnessed the power of gossip and misinformation to sway public opinion and forward their political agendas.

“[These men] were using paths, such as gossip magazines and talking to gossip columnists, that weren't traditionally used by American politicians up to that point, particularly in the last 50 years,” Elias said.

Hoover, McCarthy and Cohn notoriously accused their enemies of being communists, of not being loyal to the United States and of homosexuality. Such accusations were taken seriously and many people lost their jobs or were imprisoned.

However, this strategy eventually backfired on the men, Elias explains: “The grand irony, and really what I think the book turns on, is the fact that so many of the tools that they use – going through gossip magazines, photographic manipulation, insinuation, guilt by association, all of these things that were kind of dirty play in politics – were ultimately used against all three of them to ultimately if not totally bring them down.” 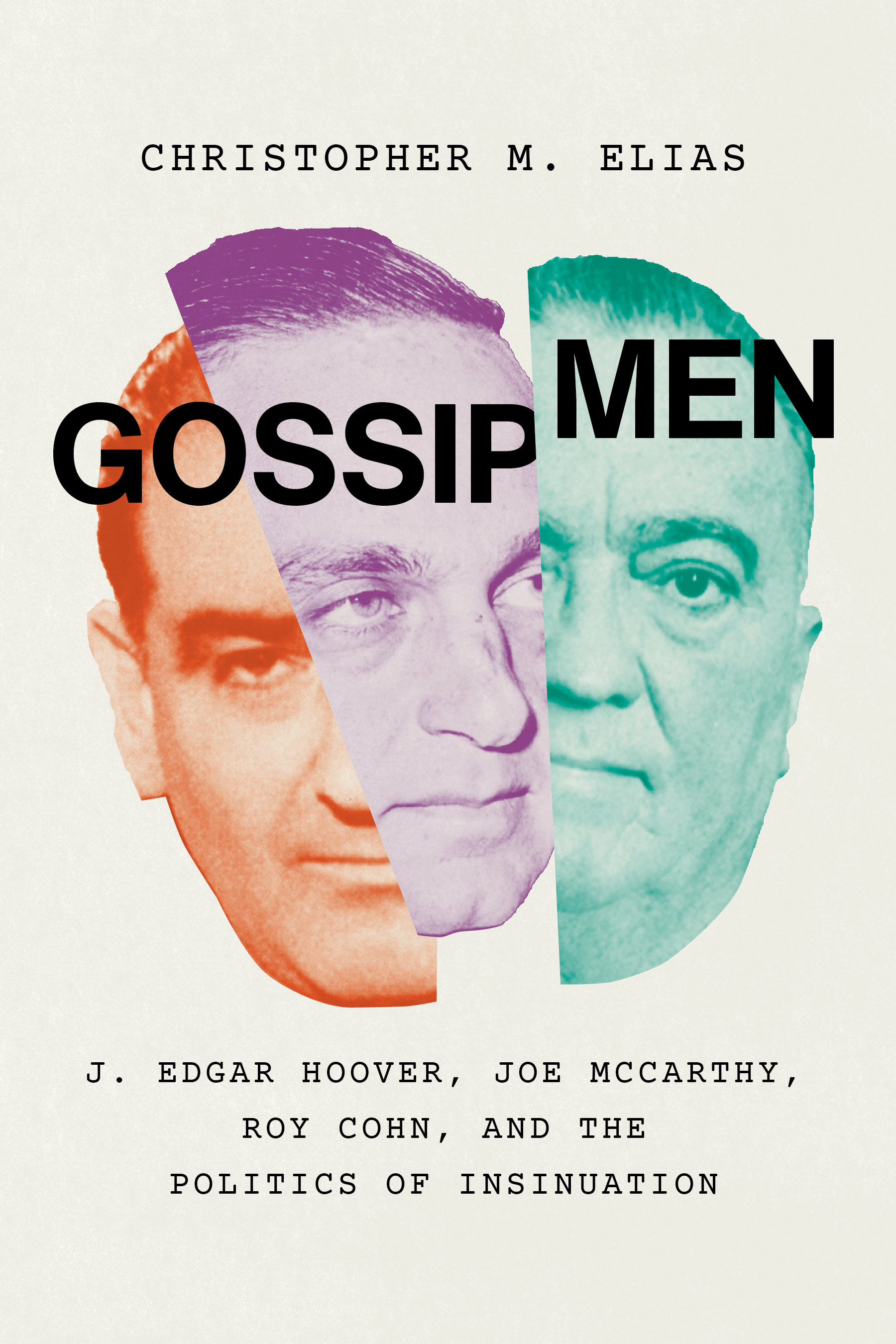 The idea for the book came to Elias as he was listening to the Army-McCarthy hearings, which were held by the U.S. Senate in 1954 to investigate conflicting accusations between McCarthy and the U.S. Army. A lawyer from the army’s side accused one of McCarthy’s employees of being a “pixie,” which back then was a homophobic slur.

Elias grew curious upon hearing this and asked himself two questions: “Number one, why is this kind of gendered homophobic language being thrown in the middle of U.S. Senate hearings? And number two, when the lawyer says that a worker for Joe McCarthy is a pixie, or a fairy, how was that received by the American public? Did they even know it was going on? Were they familiar with homosexual slang at the time?”

In order to understand how homosexual and homophobic language was expressed in American popular culture during that period, Elias turned to gossip magazines. “Rumors about sexuality were most often circulating in what was then a burgeoning and lively gossip industry,” he said. “Gossip magazines, at certain points in the 1950s, were outselling some of the top magazines in the United States at the newsstand.”

Through a combination of traditional archives and these magazines, many of which he found on Ebay, Elias began to follow what he referred to as the “underground conversations” around sexuality and gender identity that were taking place. “[These conversations] were perhaps not in the front pages of American newspapers, but they were certainly influencing the ways in which Americans thought about their politicians, and the ways in which American identity was crafted during the early Cold War.”

Sifting through titles such as Hush-Hush and Confidential, Elias was able to piece together a picture of societal values during the 1950s. “I think the main impact of my research on myself, as a historian, was to never dismiss anything as a possible historical text,” he said.

While he agreed that the content of gossip magazines is oftentimes silly and doesn’t seem historically significant, these stories can actually serve as a window into what society really cared about during a specific period of history. “[The stories could] say something deeper about the way we live, the way that our own relationships come to pass and the way that we relate to other people in our lives.”

Elias added that future historians will likely be examining social media platforms, such as Twitter and Tik Tok, in order to understand how information travels today and the things that garner public attention.

Moreover, Elias believes that although gossip has generally been viewed as a feminized activity, many of these magazines could actually have been read primarily by men. How did he come to this conclusion? By looking at the advertisements.
“Advertisers are going to try to figure out who's reading [the magazine], and are absolutely going to market their goods and services to [the readers],” he explained. “And so many of these advertisements are aimed towards men.”

The advertisements offered in the magazines ranged from hair loss remedies, to masculine voice lessons and ways in which one could improve their athletic prowess. Elias likened this part of his research to detective work. “[This discovery] was a really great moment in trying to detangle the highly complex gender politics of gossip magazines during the 1950s.”

At AUC, Elias is teaching a class called Gossip and Misinformation in American Politics. While he does draw on his book research for course content, the professor also challenges his students to bring in their own pieces of gossip for the class to analyze.

“We start every class with them telling me a piece of gossip they've heard,” he said. “And then we go through that gossip, whether it be about Britney Spears or Mo Salah.” Elias and his students examine what the gossip says about peoples’ attitudes and opinions around certain topics, guided by the question: why do we care?

Writing Gossip Men also affirmed to Elias the importance of storytelling and narratives in sparking interest in a topic, two components that he continues to use in the classroom today. “In all of my classes, whether I'm teaching U.S. history, the gossip class or a class on Middle Eastern immigration to the United States, I try to use stories of people, not necessarily even famous, memorable or powerful people, but just average people, to understand what their real lived experience can tell us about how prejudices and commitments and stereotypes about things like race, gender and religion influenced the way that they went through the world.”

The historian is currently working on his next book, a historical fiction that follows a Syrian Lebanese family immigrating to Colorado in the early 20th century. “It's a book about immigration. It's a book about American identity. It's a book about the way that society treats its most vulnerable members,” he  said. “And I hope it's all wrapped up in a great story about a murder investigation and certain tragedies that befall a number of families during the Great Depression in Colorado.”

Elias also found that in the 1950s, a period characterized by hope and optimism, people felt anxious and uncertain around topics such as nuclear war and gender identity. Though the topics may differ, he recognizes the same anxiety and uncertainty in U.S. society today.

“In all stages of historical growth, you do have these deep anxieties, even when people think everything is going well, because you're always worried about what's around the corner,” Elias explained. “There are certain points in American history where those anxieties seem to jump up – the late 19th century, the 1950s certainly, and I would say with the political polarization that's happening in the United States right now.”

Gossip Men demonstrates the way in which American politicians are capable of carefully constructing themselves as someone voters can trust in these times of uncertainty, while simultaneously revealing themselves as untrustworthy, a phenomenon that highlights the fragility of democracy, Elias believes.

“We think that we have these systems that are going to stay in place no matter what, but the only reason that democratic systems work is because people are consistently protecting them,” he said. “If we don't do that, the collapse is much closer than we think.”