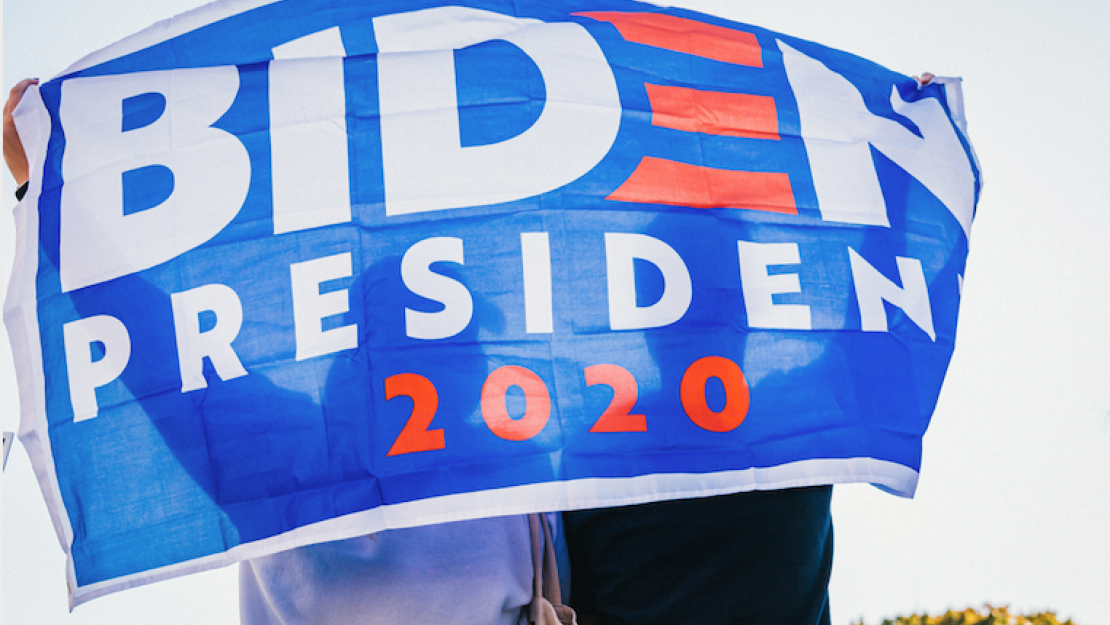 Photo by Gayatri Malhotra on Unsplash
By
Yakin Ouederni

Taking place in the midst of the COVID-19 pandemic, President Donald Trump still not officially conceding the election and the country witnessing a record number of voter turnout, this election was far from ordinary and while it’s now over, has ushered in a new wave of politics.

Commenting on the duration of the election and the use of mail-in ballots, Bahgat Korany, professor of international relations, said that this election was a representation of democracy at work.

“The democratic process proved itself,” he said. “People went out to vote in massive numbers, and about 100 million people practiced early voting. This is reassuring.”

Ibrahim Awad, professor of practice of global affairs and director of AUC's Center for Migration and Refugee Studies, echoed this, saying that the large voter turnout indicates a strong will to participate in democracy.

“This looks like the highest participation rate ever ” he said. “Trump wanted to disenfranchise large swaths of the population, because it is known that when rates of participation are low, it is in favor of the Republican party, but there were large groups of the population that registered in order to facilitate the election of Joe Biden.”

While both cited that American democracy is in a stronger position, they said it is apparent that the nation is more divided than ever, and it will take more than just a new president to unite the country.

“This division will continue, and it will not disappear with the election of Joe Biden,” Awad said, “for several of these problems existed even before Trump, and there is no guarantee for the future unless there is a fundamental reconsideration of many of the policies that have been adopted over the past several decades.”

Korany added that while Biden won the election, Trump still received more than 70 million votes, showing a sturdy support base.

“Trumpism will be there even without Trump,” he said. “Even after all that he has done in the past four years, 47% of the country voted for him, making clear the commitment of his supporters. It seems to me that this will affect Biden’s first few months in the presidency—resistance and counter-efforts by Trumpites could try to prevent policy reversal.”

With issues like the coronavirus pandemic, increased race tensions, an economic recession and growing inequality, among many more that were not necessarily caused by Trump, but heightened and exacerbated during his presidency, Biden faces the challenge — and pressure from his voters — to address these as quickly and effectively as possible.

“An inclusive system is an important way to address these issues,” Awad said, adding the importance of the emerging progressive members of the democratic party in pushing for these reforms. “It’s not an easy situation, and it will take more than four years.”

Additionally, Korany said that Biden will face some push back as he attempts to address these issues.

“There will be attempts of delegitimization and sabotage that will drain some of his efforts,” he said, noting that if the Senate remains a Republican majority, it will be more difficult to get things done.

But domestic issues aren’t the only ones in the arena, as the past four years have witnessed a major shift in the role of the United States as an international leader.

“Because of the exceptional international status  and impact of the United States, this election was a global election,” Korany said. “Most international leaders are welcoming and hopeful about a Biden
presidency.”

After unprecedented international moves like cutting ties with the World Health Organization, negotiating NATO funding and withdrawing from the Paris Climate Agreement, Trump decreased U.S. global involvement in tackling collective world issues. Under Biden, both Awad and Korany expect to see a gradual return to the playing field.

As for the Middle East, Awad and Korany don’t expect as much of a change in politics than they do in the politicking itself. Describing Trump’s approach to addressing the Palestinian-Israeli and Iranian issues as “sheer exercise of force,” Awad said that Biden will likely work on these issues more diplomatically, but that doesn’t mean there will be a fundamental change in relations.

“Joe Biden will probably emphasize multilateralism and international legality as represented by resolutions of international systems like the United Nations,” he said.

Korany and Awad both emphasized the expected return to multilateralism, or the involvement of different countries in decision making. Actions such as moving the U.S. embassy to Jerusalem and withdrawing from the Iranian Deal were made based on what Trump believed were in the best interests of America, whereas Biden is expected to go to the negotiating table with other countries.

Whatever issues Biden will choose to address first, this election has shown that work is far from being over.

“The question remains: How will Biden divide his time between working with the international community and coping with a polarized nation?” Korany said.