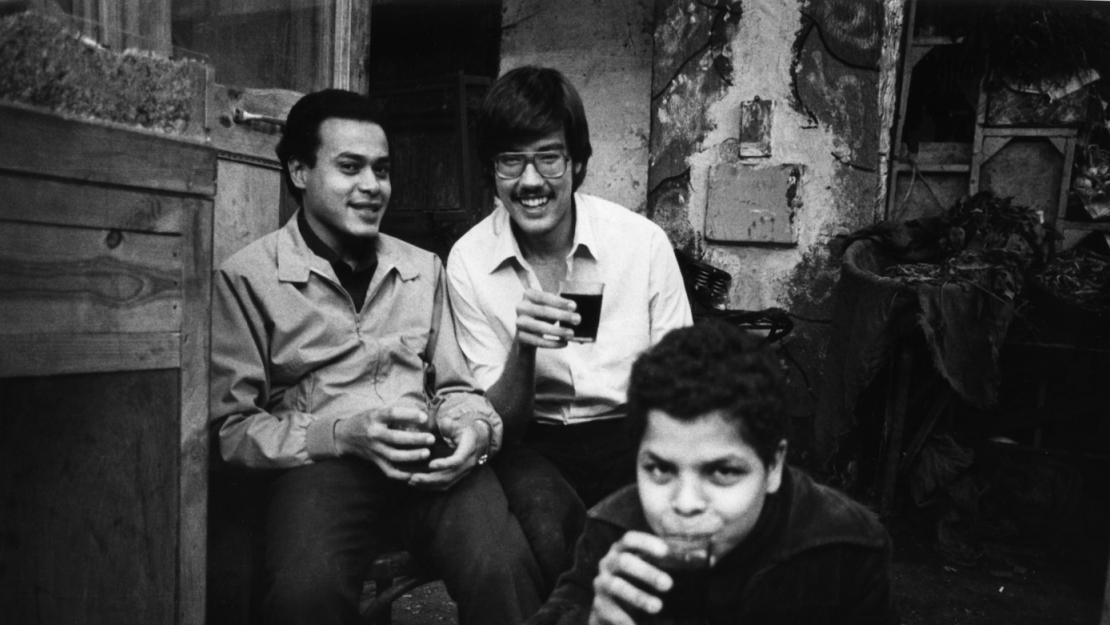 Stephen Farley (YAB '84), a public artist who previously served as Arizona state senator, came to AUC as a study-abroad student from 1983 to 1984. This is how he reflects on his time at AUC:

"My life was transformed by AUC and Cairo. In 1983-1984, there was no internet, no easy way to phone home. My parents found out I arrived safely when my letter arrived six weeks later. For a kid from the American suburbs, it was like living on another planet -- on your own. And I loved every minute of it!

I learned who I was, and more importantly, who the world is and my relationship to its people. From my amazing professors - Walid Kazziha, Saad Eddin Ibrahim, Tim Sullivan, George Scanlon, Bernard O'Kane - to friends from my campus job at the AUC Press as a photographer, editor and designer - John Tyler and Samia - to my colleagues at Radio Cairo North American Service, where I had a radio show and read the news live in the wee hours - to my friend Hassan and all the people in the Suq Bab El-Louq, whom I met while hanging out at the eggstand of Hassan's dad. My world was well and truly rocked in the best way possible. My year at AUC made me who I am, and it was the most important year of my life. Misr Umm al-Dunya!"

Take a look at the AUC Viewbook that he photographed, illustrated and designed back then.

Check out here Farley's photography and storybook of the Suq Bab El-Louq.