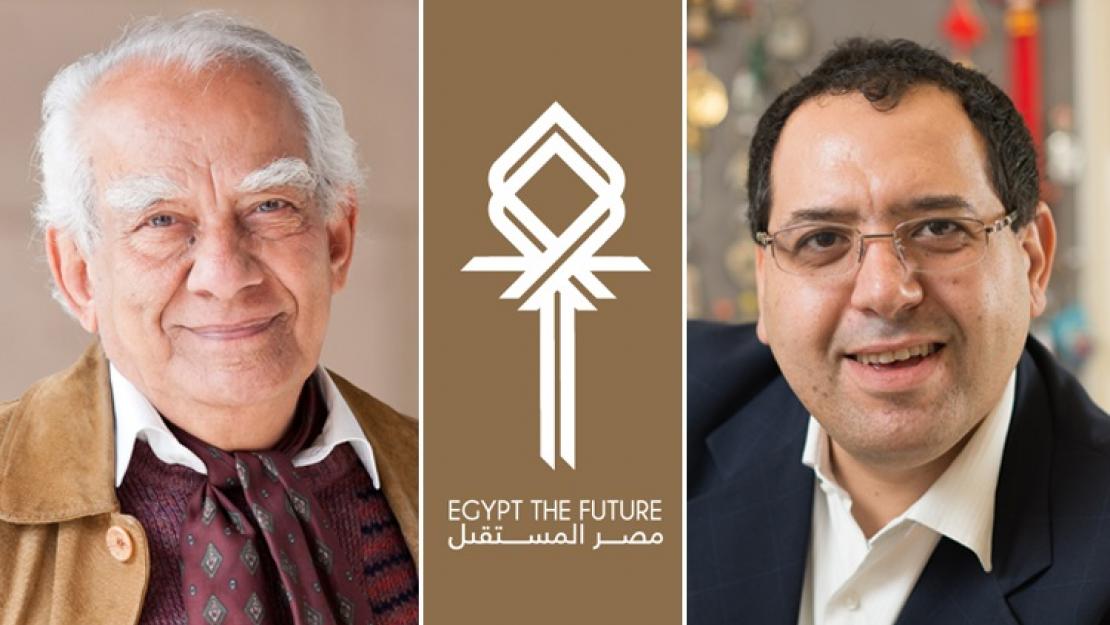 With all eyes turned to Sharm El Sheikh for the upcoming Egypt Economic Development Conference, Egypt: The Future, due to begin tomorrow and expected to bring in a host of regional and international investors who will help develop the country’s investment roadmap for the next decade, questions arise as to what this event means for Egypt in terms of economic development. Will it bring about real economic reform and revitalize the investment climate? Will a sustainable development strategy be put in place for the country to move forward? Will Egypt be ranked among the top 30 most competitive countries worldwide by 2030, as envisioned by the government? Tarek Selim, chair of the economics department at AUC, and Adel Beshai, economics professor and the graduate studies program director, share their insights on the economic strategies and expected outcomes of this conference.

Why is this conference important?

Beshai: The conference gathers an unusually high number of participants from different countries, who will become familiar with Egypt’s enormous economic potential. One of Egypt’s main strengths is that it is a big market, and this matters a lot to investors.

Is this conference a turning point for Egypt?

Selim: Yes, in the sense that Egypt’s past strategy was comprehensive development in all sectors. Now, it is looking to specialize. Developed countries are all specialized in a specific area: Germany in cars and heavy industry; Japan in electronics, shipbuilding and finance; China in consumer products at a low cost; the United States in military advancement; Italy in ceramics and leather products. For Egypt to change, we must stop looking at tourism as our only advantage. We could utilize the Suez Canal to have a trade logistics advantage. This is what the conference should focus on – Egypt’s competitive advantage in emerging markets. Egypt has always aimed to boost investment. What is different now? Selim: In the past, crony capitalists married to the ruling political party monopolized investment in certain sectors. Real investment means competition, no monopoly, lower prices and better quality, and this conference aims to foster an open, non-risky environment for investors. The fact that many Arab investors will take part will also create regional equilibrium and economic integration, since Egypt is a consumption-driven economy and Gulf countries are supply-driven. This will help close the investment gap in Egypt and will gradually substitute foreign aid with direct investment for development, with money being pumped into investment projects and the government securing a good environment for investors while minimizing risks.

What should Egypt’s investment priorities be?

Beshai: Egypt must have a blueprint for priorities in investment. For example, I am for investment in agriculture for export, in factories, in Upper Egypt, in providing potable water in the villages, but I am not for investment in malls. Paying close attention to the agricultural sector, which impacts almost 40 percent of the population, is the utmost priority to advance the economy. Agriculture in Egypt, as in many developing countries, has been taxed explicitly or implicitly at a time when agriculture in advanced countries has been subsidized. To move forward, the government should make sure that the returns to Egyptian farmers are adequate; shield them from middlemen who buy their crops; have true cooperatives; introduce new crops for export; talk of agriculture, not just industrialization, for export; and have proper rural credit policies via agricultural banks, not commercial-type banks. The government should also push forth Egypt’s informal sector, with its huge base of small and microenterprises. If given sufficient support, this sector will be a major force in uplifting the economy.

What are the expected outcomes of this conference?

Beshai: The anticipated long-term gains are likely to be more than the short-term ones. Whilst Egypt has great economic potential, the real gains will take place when it has the chance to improve upon its entrenched bureaucratic system, which can paralyze any action. We have good ministers, but functionaries at the middle and lower levels of government offices can block anything owing to the many laws, which are conflicting at times. Egypt’s problem is not economic; it is administrative. Any investor is interested in “the predictability and consistency of government policy,” and that in turn depends on government officials who work in a maze of laws across several departments. The legal system also has to be fast in settling commercial disputes. Time matters for businessmen. It will take time before all this is reformed.

What is the main thing the public needs to know about this conference?

Beshai: The conference will succeed in bringing the world closer to Egypt, which is the hub of the Arab world and a major player in Africa and, very soon, Europe. All this is wonderful. What is needed now is a political approach communicating to Egyptians that the conference, if supported by the necessary administrative reform, will make the country's economy healthy and growing. However, it should be explained that incoming investments do not mean that the money is going to be distributed among the public. You don't want a situation where people are frustrated six months from now, asking, "What did we gain from this conference?" Much more social and political communication is needed vis-a-vis the public who, in a sense, need to be educated and told that ultimately the onus falls on us the Egyptians, i.e. them, if we want our lives to improve.

What should be the way forward after the conference?

Selim: Egypt needs new systems in all economic sectors, particularly infrastructure, education and energy subsidies. It’s important to understand that one conference won’t solve all the country’s economic issues, since incoming funds are necessary for Egypt at this stage, but are not sufficient to generate development. However, this is a positive step, since Egypt has a national savings gap. The key is to maintain this. Such a conference should be held every three or four years; it shouldn’t be a one-time thing. Photo caption: Economics professors Adel Beshai and Tarek Selim take an inside look at the Egypt Economic Development Conference and what it means for the country's future