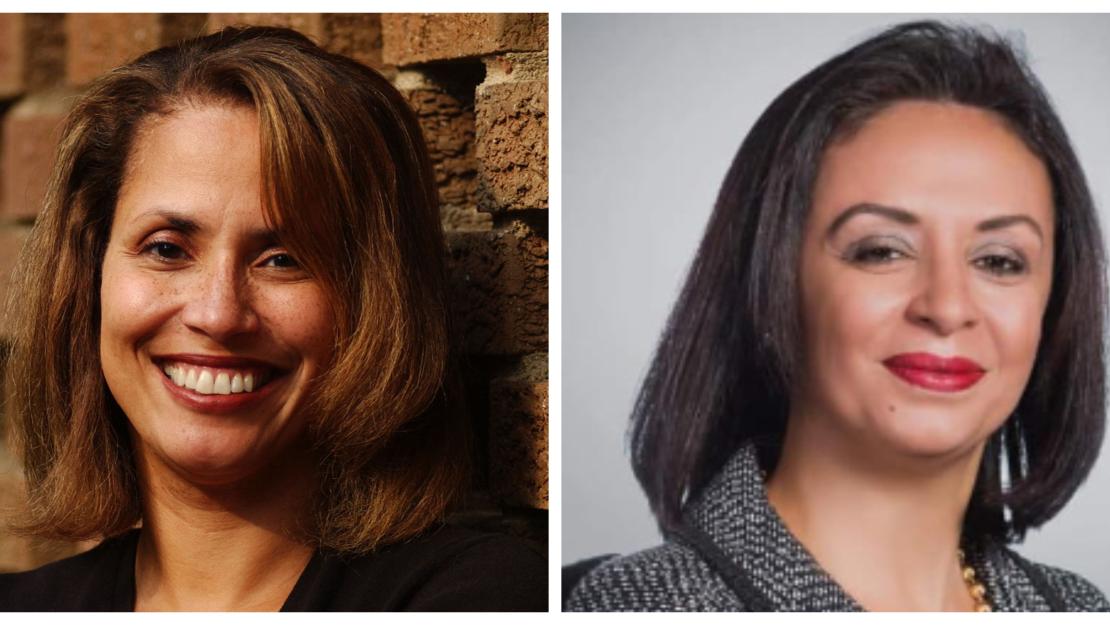 Troutt Powell and Morsy will share their experiences and wisdom with AUC’s Class of 2022.

Morsy has been the president of the National Council for Women (NCW) since 2016, with her career covering more than two decades of service in the advancement of women. She holds a BA from AUC in political science, a master’s in business administration and a master’s in public administration — both from the City University of Seattle.

In 2008, She received a PhD in public policy, with a focus on the human security of Arab women from the Institute of Arab Studies and Research of the League of Arab States. Prior to joining NCW, she served as regional adviser on gender policies and programs in the UNDP Regional Centre for Arab States in Cairo.

Morsy is a member of the Advisory Board of AUC’s SpeakUp Dialog Series. In July 2021, the University hosted her in a virtual discussion on Preventing and Combating Sexual Harassment. Under Morsy, NCW also established a cooperation protocol with AUC's Kamal Adham Center for Television and Digital Journalism, with regard to women's development.

Troutt Powell is an American historian of the Middle East and North Africa. She received her BA, MA and PhD from Harvard University and was a presidential intern at AUC in 1983.

Troutt Powell describes her time at AUC as a major turning point. “My experience at AUC totally changed the way I looked at the world and how I wanted to live my life,” she recalled. “I came to Cairo after graduating from Harvard, where I was sure I had gotten a wonderful education. But nothing in my classes prepared me  for the complexity or beauty of Egypt and modern Egyptian history.”

At University of Pennsylvania, she teaches the history of the modern Middle East and the history of slavery in the Nile Valley and the Ottoman Empire.

She is the author of A Different Shade of Colonialism: Egypt, Great Britain and the Mastery of the Sudan (University of California, 2003) and the co-editor, with John Hunwick, of The African Diaspora in the Mediterranean Lands of Islam (Princeton Series on the Middle East, Markus Wiener Press, 2002). Her most recent book is Tell This in My Memory: Stories of Enslavement in Egypt, Sudan and the Late Ottoman Empire (Stanford University Press, 2012).

Troutt Powell is now working on a book about the visual culture of slavery in the Middle East which will explore the painting and photography about African and Circassian slavery in the late 19th and early 20th centuries. She is also a professor in the Department of Africana Studies.