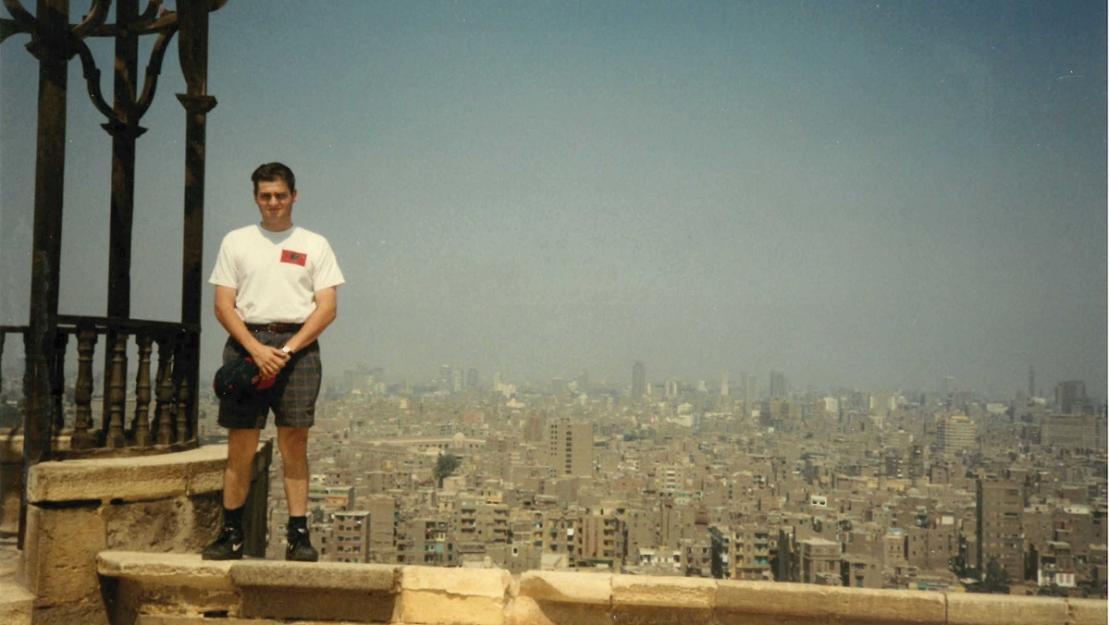 When Issa Shahin (YAB ’94, ’96*) first came to study abroad at AUC in 1994, he was eager to finally spend time in the city that colored his father’s stories.

“He would tell me about sneaking his sisters and brothers into the movies, how lively Cairo is and how everybody looked out for each other,” Shahin said.

Shahin had visited Cairo before, but with more time in the city, he was able to replicate his father’s memories: hanging out with his cousins in his father’s childhood home on Rashid Street in Heliopolis, praying in the Samir Wahba Mosque across the street where his father used to pray 30 years earlier and playing soccer in the same mosque courtyard as his father did. He chose to come to Cairo because he “wanted to understand what it was to be an Arab American, to be among other Muslims,” Shahin said. He found that reality matched his expectations.