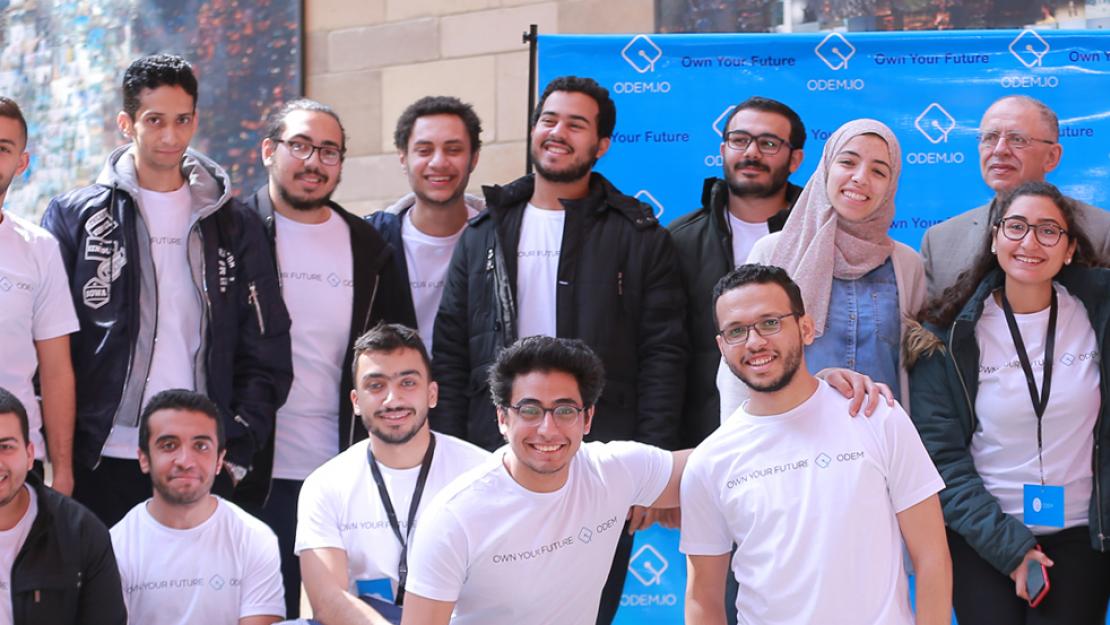 Earlier this month, AUC's Department of Computer Science and Engineering hosted the first Blockchain Summit in Cairo in coordination with On-Demand Education Marketplace (ODEM.IO), a platform based in Switzerland that delivers blockchain technology.

The Summit aimed at introducing this new technology, reviewing its usages in education and its impact on business, and discussing women in Blockchain.

Blockchain is a new hot topic in the computer science fields, and the School of Continuing Studies is currently teaching a course on the system.

According to Ahmed Rafea, professor and chair of the Department of Computer Science and Engineering, a blockchain is a distributed database system that guarantees the authenticity of the digital documents stored within the database. In the educational environment, it can help prevent fraud, transfer university records and store intellectual property.

The summit brought together local startups in the blockchain industry, exposing students to the technology and engaging participants in the "Code-a-Thon," a competition held during the event where students developed their own blockchain.

During the competition, different teams used blockchain to create everything from a transparent charity system to a record of traffic violations. The winners of the competition were Computer Science and Engineering students Mohamed Elsawy, Seif Helal, Hesham Hammad, Mohamed Daw, Mostafa Said and Ahmed Hassan.