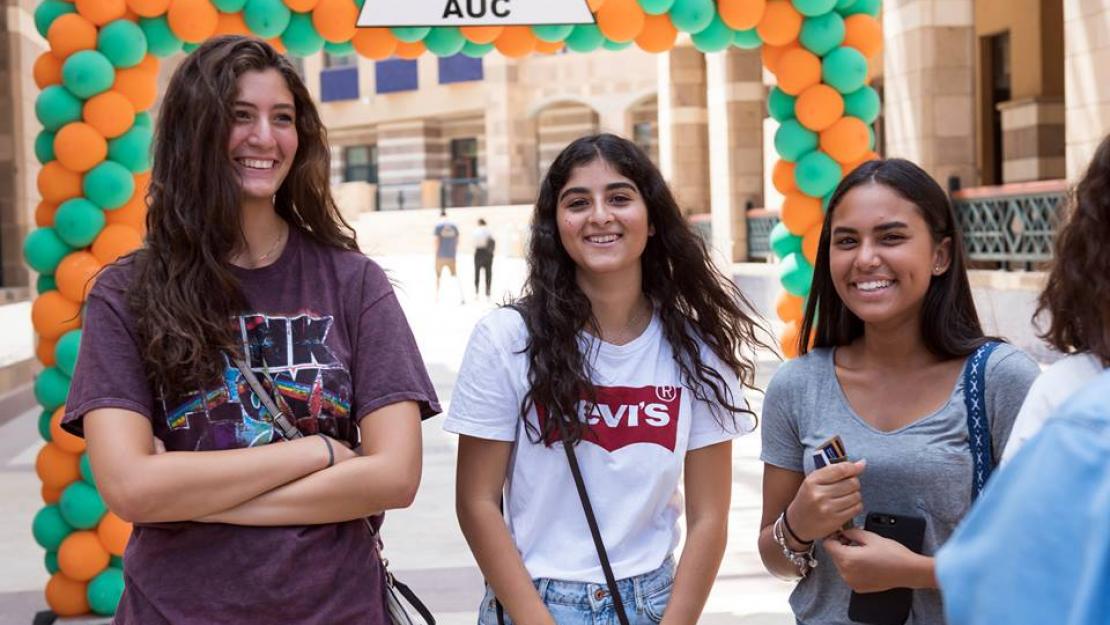 After a long summer, the New Cairo campus is brimming with energy and liveliness once again as new students from all walks of life begin their studies at AUC. This year’s students are going to be a class to remember, as they will witness and take part in the University’s centennial celebrations coming up in February 2019.

In addition, AUC adds to its multicultural character, welcoming one-third of its national students from 23 governorates across Egypt. More than 150 new incoming students are also receiving full and partial scholarships.

On the graduate level, AUC is welcoming more than 260 master's and PhD students.

Why Did You Choose AUC?

During orientation week and on the first day of classes, News@AUC talked to students starting their studies at AUC. Here is what they had to say:

“I am at AUC mainly because it’s known as one of the best universities in the Middle East. My focus is on political science in the region, and it’s a good opportunity to study here. It’s been quite different from my German university, but it’s also been nice and interesting. AUC is even different from other universities I’ve seen in Cairo. I’d say that it’s been a good experience so far."

“I came to AUC because it's the best in Egypt, I have relatives here, and it's closest to my home. My first day at AUC has been overwhelming, exciting, full of new adventures. It's going to be a good journey.”

“The University is well-known for its programs. It’s triple-crown accredited, recognized worldwide and has a high employment rate within the first year of graduation.”

“I chose to spend my semester abroad at AUC. I am studying comparative politics, and this exchange is a crucial part of the program. I also wanted to improve my Arabic, and I believe that's only possible if you live in the region— and AUC is a good place. I like it so far; we've been welcomed very well."

“AUC has a good reputation, specifically for the business administration program, which I intend to major in.”

“I was born and raised abroad, and I wanted to study in my home country. I came here because I know it’s the number one University in Egypt. Even though I’ve just had one class up until now, everything looks good.”

“I came here because I wanted to build a foundation in my country and create professional and social networking relationships. I really love the community here.”

“I wanted to go to a country with a culture different from what I know in Europe. I was choosing between the Middle East and Asia, but I chose the Middle East. When I searched, I found AUC to be a good University. AUC has huge sports facilities, and I like sports. I also ended up choosing AUC because of its business program. I like the campus, the weather and Egyptian history. It's been great visiting Islamic Cairo and the Pyramids — and meeting Egyptians and other international students outside of orientation week. Everyone is really friendly.”

“I’ve always heard about AUC from friends and people around me. It’s the best University. When it was time to apply, I knew I wanted to come here. It’s great, and I feel that the atmosphere and environment are really friendly.”

“I wanted to travel outside of Egypt. My parents didn’t agree, so AUC was the closest thing I could get to an outside education. I am really excited to meet new people. There is a lot of diversity here. I’m also excited about the food!” – Soliman

“I’m really looking forward to graphic design. Also, for sure the food.” – Altorr