From AUC to the United Nations: Mourad Wahba '80, '82 on a Mission to Serve 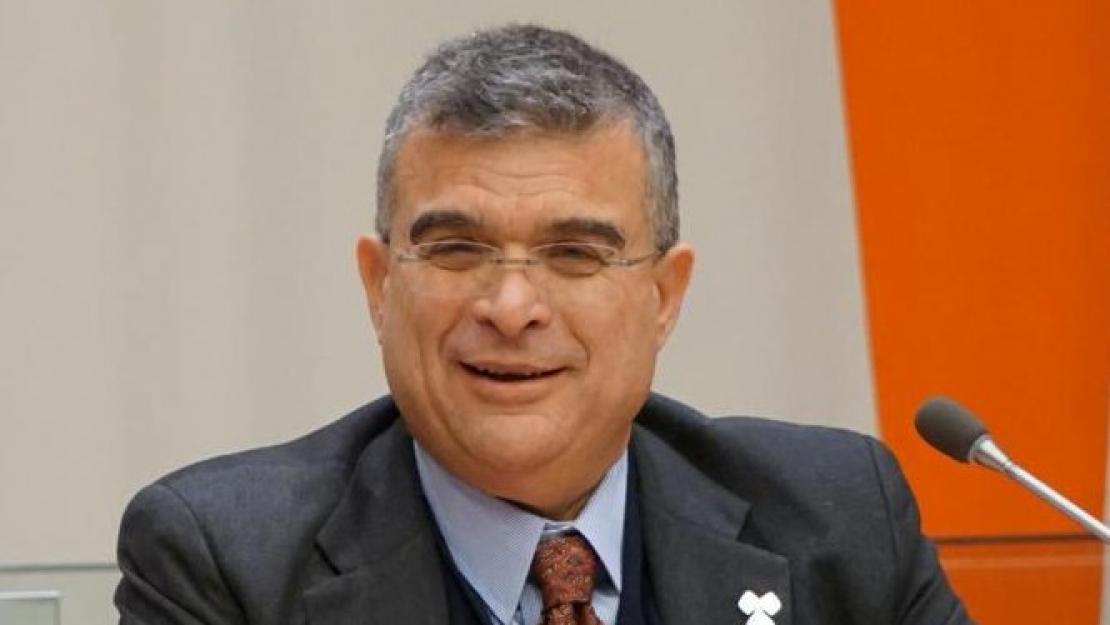 In 1993, after six years of teaching in AUC’s Department of Economics, Mourad Wahba '80, '82 joined the United Nations for what he thought was a quick stint as a senior officer in the Office of the Secretary-General. “I went to the United Nations, originally planning to stay for one year to add a practical side to my academic interests,” he said.

Twenty-six years later, Wahba is still with the United Nations, "serving the world" now as director of the Regional Bureau for Arab States and acting associate administrator of the United Nations Development Programme. In this position, Wahba is working on using Egypt’s “critical voice" to emphasize sustainable development and peacebuilding priorities inside and outside of the region.

AUC as the Springboard

Wahba feels his path to the United Nations was shaped by his experience at AUC, both as a student and faculty member.

“AUC is an excellent preparation for anyone wanting an international career,” he observed. “The wide variety of people you meet and the habits of working with students and professors of many nationalities is a good basis for those who would thrive in international environments.”

Looking back at his years at AUC, Wahba most values the University’s “exceptional” resources that helped him — particularly the AUC Library, which Wahba said developed his intellectual curiosity and a research discipline. "When I started teaching at AUC, I tried to convey to my students the importance of original work, the importance of using the library to the fullest," he said.

Wahba also values the connections he made over the years:

“The student body was diverse and filled with brilliant minds from whom I learned very much. I think what inspired me most were the conversations with colleagues from all over the world.”

His favorite AUC memories? Theatre. "My favorite time at AUC was not academic," he reflected. "I joined the Theatre Office and worked in plays. The feeling of freedom, friendship and, frankly, liberation of being a member of the Theatre Office is perhaps my happiest memory of AUC."

For Wahba, the University also enhanced his writing skills — a key part of his career. "At AUC, I learned to write fast — and I hope well. I have since spoken to former students, and they also tell me that the practice of writing term papers (sometimes right at the end of the semester ) is solid training for work in international organizations."

Making an Impact in the Region

Now, in his position at the United Nations, Wahba is committed to identifying the major issues and priorities that are integral instruments in shaping the Arab region. Some of the challenges he detailed were solar power energy efficiency, youth entrepreneurship, social impact investing, recognition of the contributions of people living with disabilities to society and progress on female genital mutilation. "All of these are important development issues," Wahba said, noting that Egypt hosted last year the conference of the parties of the Convention on Biodiversity and is active this year in the preparations for the Climate Summit in New York next September. "I look forward to Egypt’s leadership in these issues upon which the future of our planet depends."

“I hope to strengthen the role of civil society, especially the role of women’s organizations, as this sector will truly factor into progress for our region,” Wahba said.

Throughout the years, Wahba has focused on the youth in the Arab world, supporting programs for youth entrepreneurship, innovation by young people and participation in political life. "I believe that if we are to see progress, it will be through youth, through improved livelihoods and better participation in society. Much remains to be done, and the temptation of migration for our youth remains very strong," he noted.

To make progress in these areas, Wahba must collaborate among all sectors and networks, working closely with governments, donors and colleagues in the United Nations, reaching out to non-state actors in both civil society and the private sector.

“The work is challenging, but extremely interesting," Wahba emphasized. "Egypt plays an important role at the United Nations and is a strong voice for development. The Egyptian permanent mission to the United Nations is very active.”

Over time, Wahba said he has witnessed Egypt's role in the region changing.

"In the past, Egypt shaped the Arab world by showing a political model, by providing technical expertise and migrant labor," Wahba said. "This is all continuing, but I believe Egypt can show a strong example in the Arab world through innovation, especially in resilience to climate change, leadership in the environmental arena and the adoption of a decarbonized development path."

And over time, Wahba's goals have changed too.

"My goals evolved over the course of my career," he said. "When I first started, I wanted to change the world. Then mid-career, I tried to change the UN, and now I try to work so that people have more choice regarding their lives and more confidence that they will be heard."

Wahba's biggest source of pride is meeting "former students from AUC or from the Diplomatic Institute who still remember me with affection," he reflected. "Working at the UNDP is very rewarding. A good program can change the lives of thousands and millions, but perhaps the feeling of pride comes from meeting individuals whose lives have changed as a result of a program or project."

"Everyone is capable of being a hero, and we are all flawed. For many of the world’s poor, men and women, just getting up in the morning is a heroic act. They are my heroes."