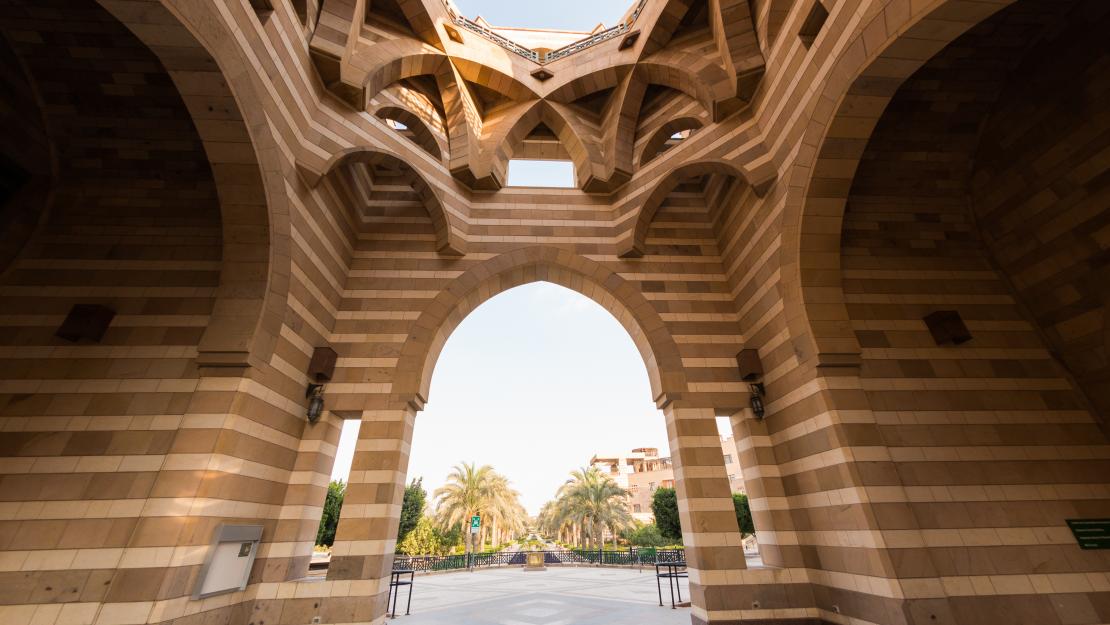 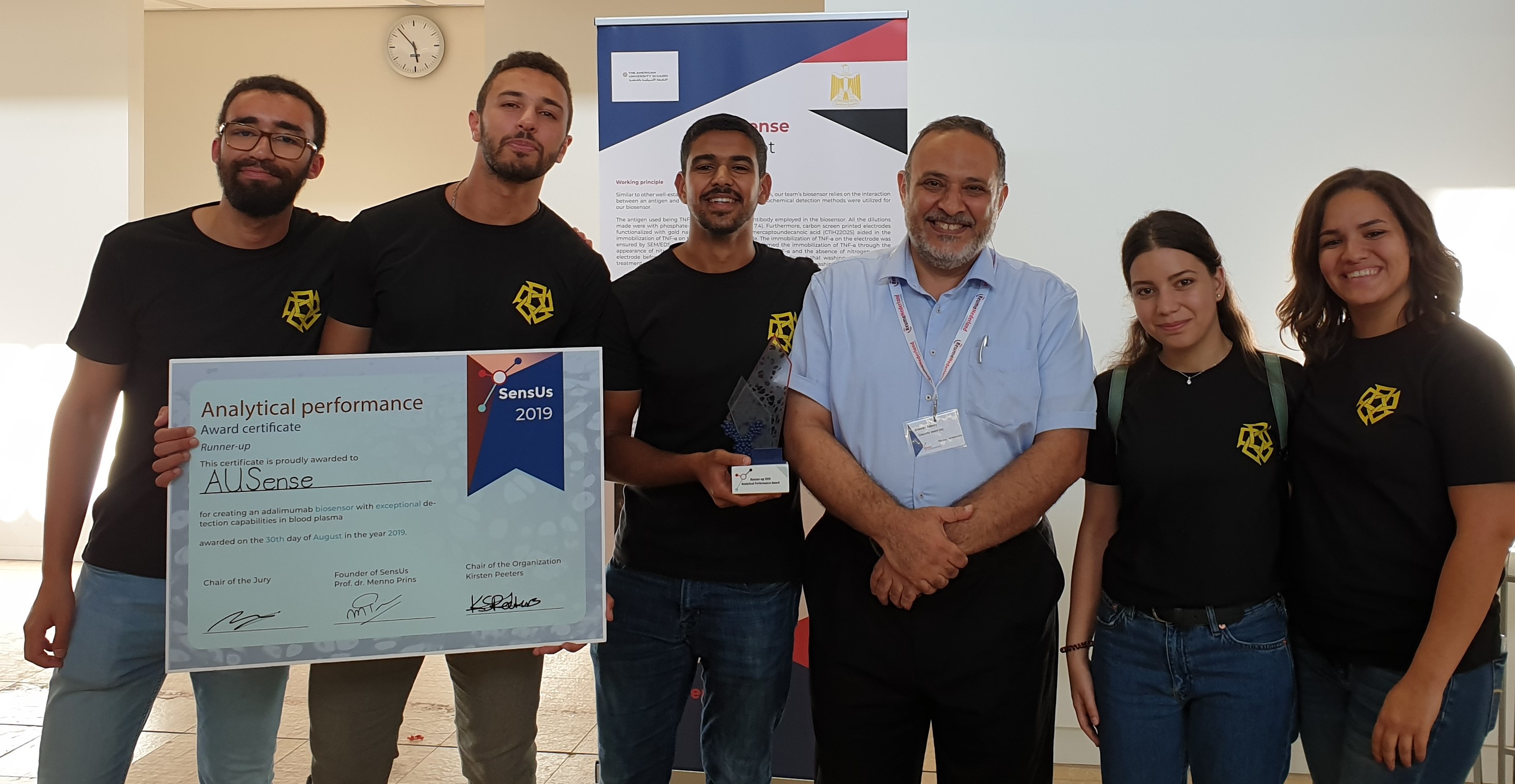 A group of AUC students won second place of the Analytical Performance Award at the SensUS 2019 Competition recently held at the Eindhoven University of Technology in the Netherlands. The AUC students were the only team from Egypt, the Middle East and Africa to be selected for participating and competing against 15 top technological universities worldwide. Two awards are presented in each of four award categories: creativity, analytical performance, translation potential and public inspiration.

SensUS is an annual competition where multidisciplinary student teams develop biomedical biosensors to measure markers of diseases or therapeutic drugs in patient blood. This year, participants were challenged to determine levels of Adalimumab (Humira), a potent antibody which is clinically prescribed for the treatment of autoimmune diseases, such as rheumatoid arthritis. Each team made an oral presentation, presented a poster and submitted a complete business plan on the developed biosensor and its market translation potential. The AUC students completed this task by using their combined knowledge of chemistry, biomedical technology, electronics, communications, computer science and mechanical engineering to address this real-life global health demand. Analytical performance criteria includes the ability of the developed portable biosensor to repeatedly detect very low concentrations of the target molecule (Adalimumab) in multiple blood samples. Each team was allowed a maximum of five minutes per sample to generate the result.

Azzazy, who has selected and mentored AUC teams that participated in the SensUS competitions for three consecutive years, also highlighted how such competitions exemplify the high-quality education students receive at AUC. Last year, AUC's team won first place in the Public Inspiration Award. A new team will be assembled shortly to participate in next year's competition for detection of a drug used to treat epilepsy, a neurological disorder.