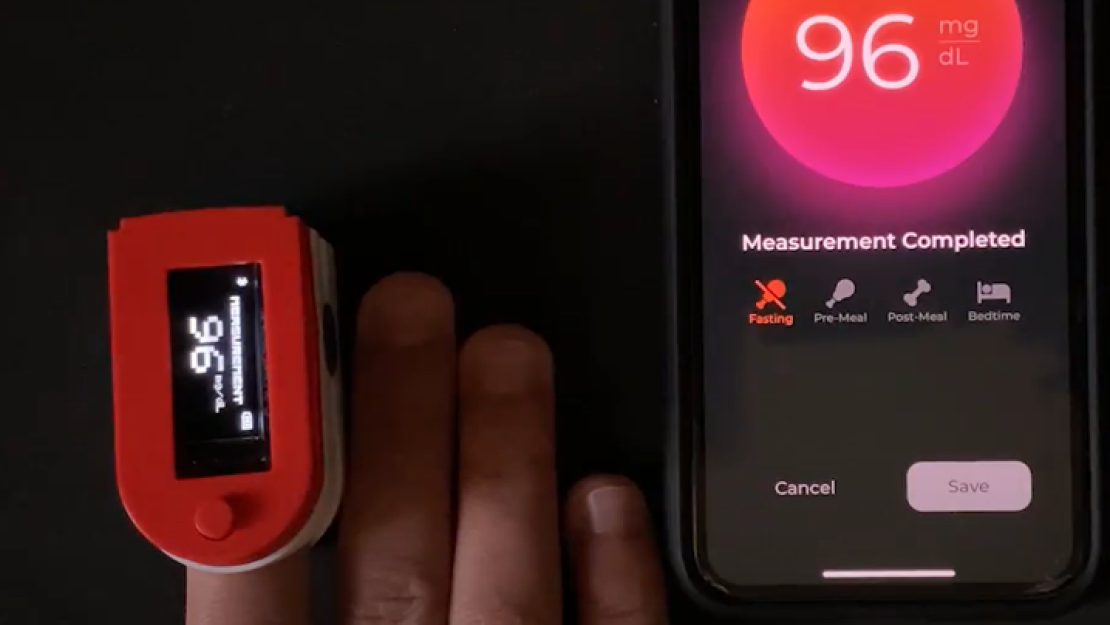 “As the only Egyptian team amongst the finalists, we’re all proud to have represented AUC and Egypt at this international competition,” Nosseir said. “The impacts of the GlucoClip can be far-reaching, as the project “has the potential to influence the lives of 537 million diabetics around the world,” he added.

Beginning as a thesis project, GlucoClip is a glucose blood monitoring device for diabetics. It was conceived and developed by the student team under the supervision of Hassanein Amer, professor at ECNG, and the SEAD group — a research group co-founded by Amer and Ramez Daoud, adjunct professor at ECNG.

GlucoClip monitors blood glucose levels with a high level of accuracy, safely and non-invasively using near-infrared spectroscopy. It aims to ultimately improve the quality of life for people with diabetes, serving as a substitute for finger pricking or other invasive blood tests. GlucoClip also connects to a mobile app, allowing more ease and convenience in the monitoring of blood glucose levels.

Lokma highlighted that traditional testing methods may “actually create a psychological barrier for many people, preventing them from making regular measurements.” GlucoClip works as a safer, less invasive and convenient alternative.

The students worked on the project for a year, designing a prototype and then testing it on a population of over 100 people. Despite the difficulties COVID-19 presented in getting medical approval for large-scale tests during a pandemic, the team successfully completed the project, and GlucoClip showed relatively high accuracy despite the small sample size.

Later on, it became the team’s application for the 2022 Johns Hopkins Healthcare Design Competition, which attracts undergraduate and graduate students from all over the globe annually.

This year, the competition saw 120 proposals submitted from 74 universities and 18 countries for the three tracks in total. After being shortlisted as one of the seven finalists for the Digital Design track, GlucoClip was handed first place.

“To present this project — which we have worked really hard on — to an international panel at such a prestigious university known for its intensive research programs is a very rewarding feeling,” Elghoul said.

Amer is proud of the team for their hard work and professionalism throughout the project and competition. “All five students are extremely intelligent, persevering and creative,” he said.  “It was a genuine pleasure to supervise this group, and I wish them all the best in their careers.”

Winning the award of such a prestigious high-ranking university in the world has brought hope for the expansion of the GlucoClip device. As Lokma said, “this award has encouraged me to continue developing and improving our idea until it reaches the global market.”