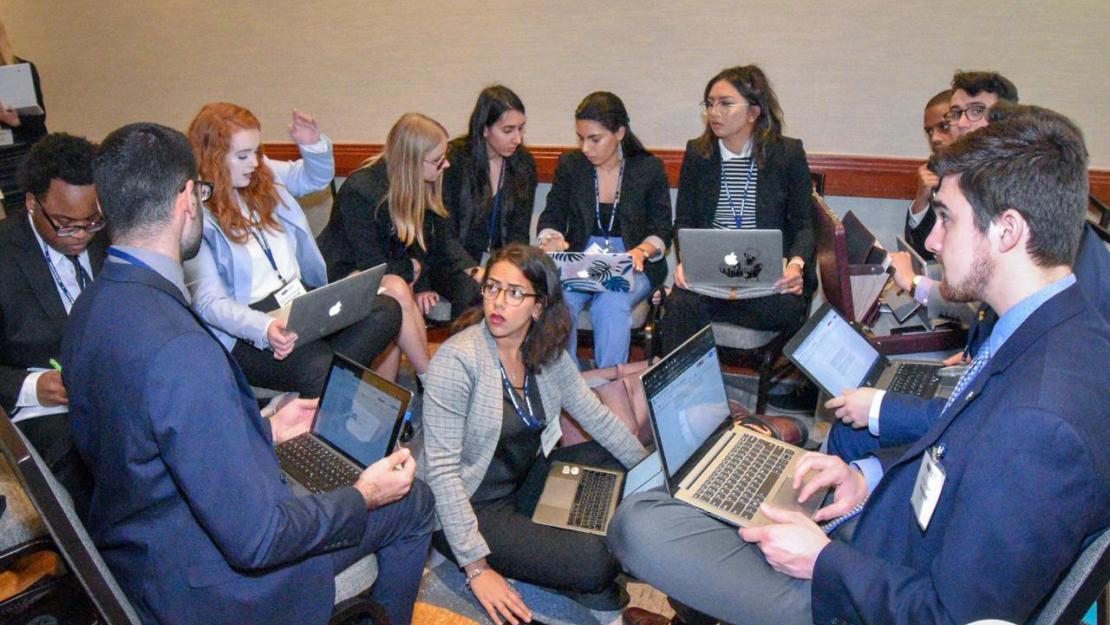 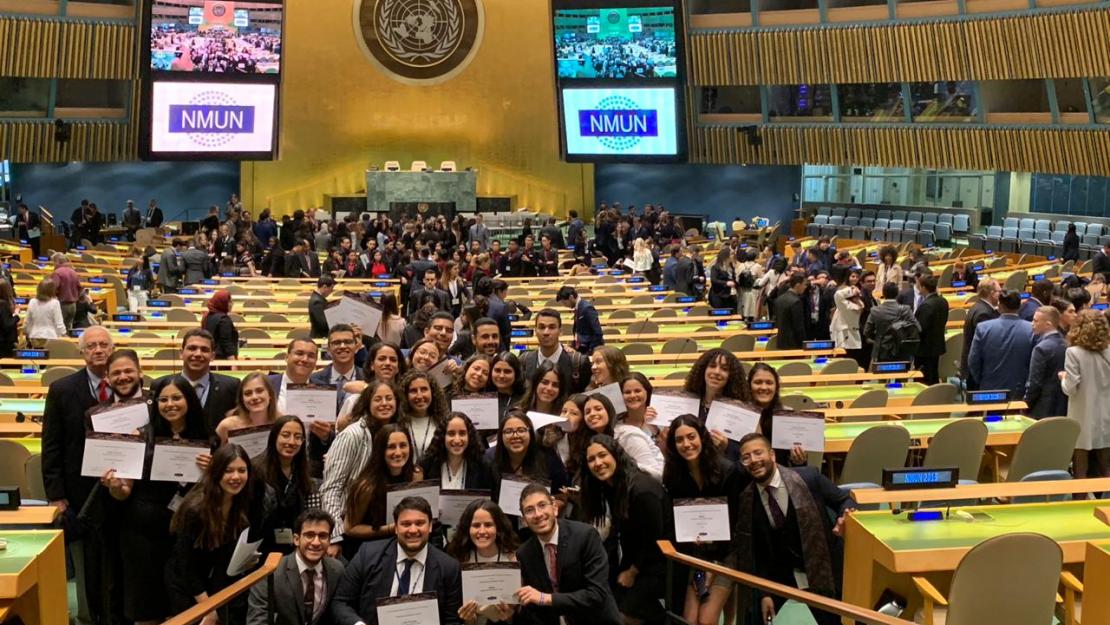 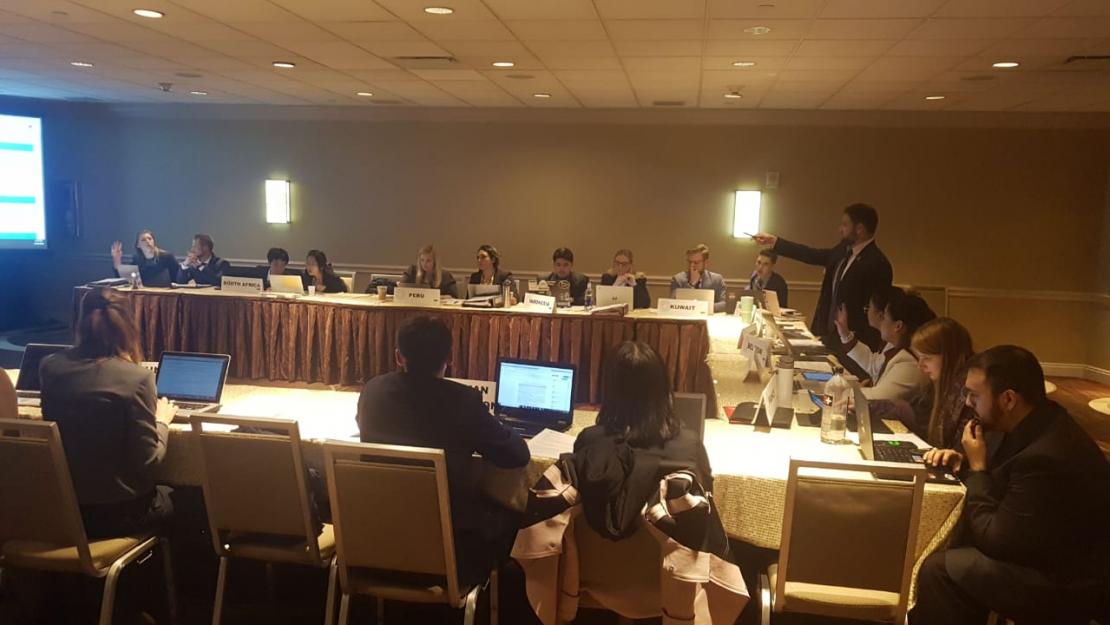 AUC’s Cairo International Model Arab League (CIMAL) delegation received the Overall Distinguished Award as well as awards in four out of eight councils at the U.S. National University Model Arab League conference held at Georgetown University, where AUC continues to be the sole representative of Egyptian and Middle Eastern universities.

“The performance of our students this year by the recognition of all was amazing. I could not have asked for more,” said Walid Kazziha, political science professor and faculty adviser to both CIMUN and CIMAL at AUC. “It definitely crowned our 29 years of continuous participation in the NMUN in New York. A standard has been set, which I imagine will be difficult to follow in future years. However, our students never fail to surprise me.”

Two CIMUN teams made up of 39 AUC students from different academic disciplines represented the University and competed with more than 3,000 delegates from over 50 countries. The conference was made up of two teams: one team represented the Republic of the Côte d’Ivoire, and the other represented Malta.

"It has been a long and exhausting journey, from selecting our delegates and logistical challenges to training sessions and the actual conference," said Ziyad Rushdy '18, 31st CIMUN graduate adviser. "We had full confidence in the abilities of our team but did not expect to come back with this many awards. We are very proud of our team and confident that this achievement will be replicated throughout the coming years and even exceeded."

"We would like to thank Dr. Kazziha, the School of Humanities and Social Sciences and Office of Student Life, and hope that we can garner more support and assistance in the years to come so that we may continue to achieve great results and bring more awards in the name of AUC," Rushdy noted.

Kazziha added, "Our students distinguished themselves in both areas of individual and collective effort. Our focus is always on cooperation and teamwork, without stifling the individual. We have succeeded in both, and we deserve to be proud as an AUC community in the achievements of our students."