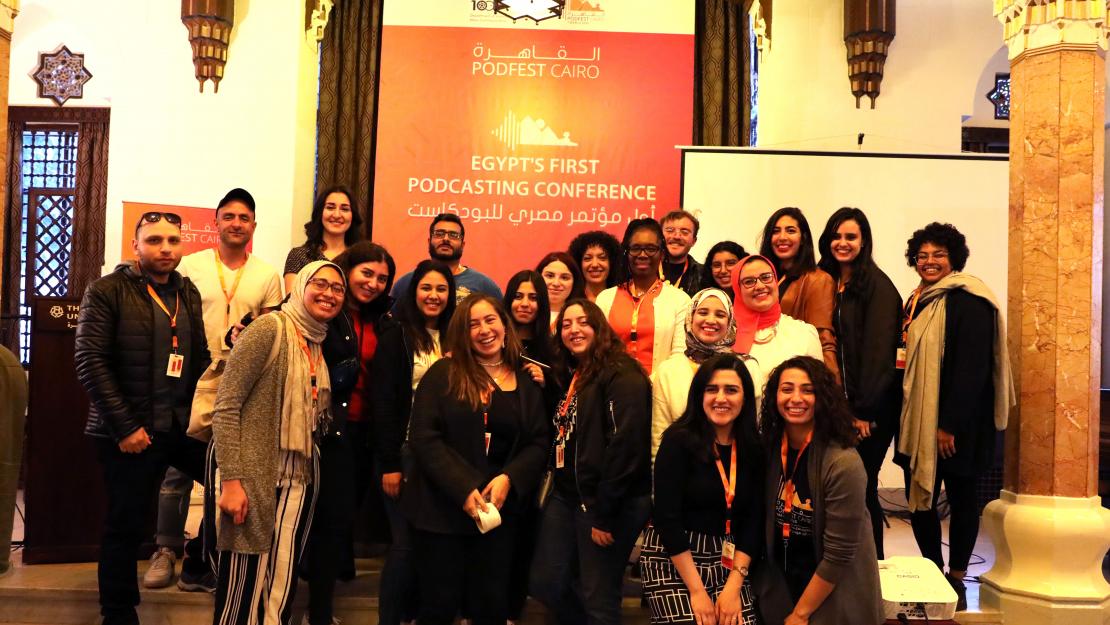 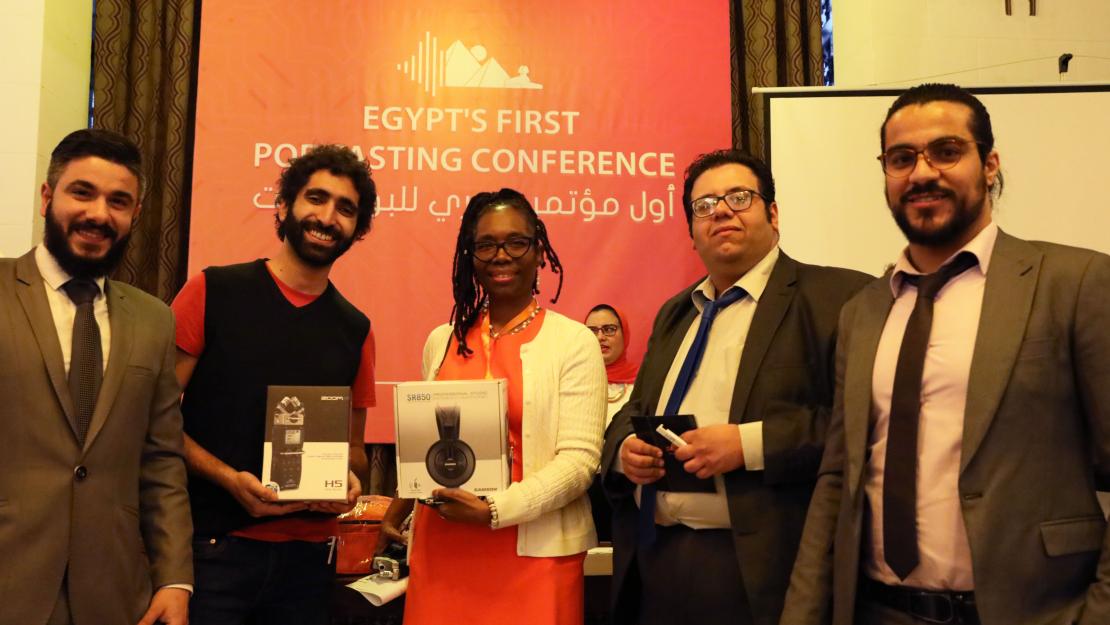 The half-day conference, designed to bring together Egypt’s podcast creators, kicked off with keynote speaker, Hannah Allam, a Washington, D.C.-based national security correspondent for National Public Radio. Her speech on the power of storytelling included many examples of her challenges transitioning from print journalism to audio.

The PodFestCairo Podcast Pitch Competition showcased three finalists who pitched their ideas for new podcasts to a jury featuring Allam, AFP reporter Farid Y. Farid and Mazen Yasseen from Just a Go Proe. Ahmed Feteha won the grand prize for his idea for a mental health-focused Arabic podcast titled On the Edge. Feteha won a prize package that includes everything needed to start a podcast: three hours of studio time from Just a Go Proer; three hours of mentoring and coaching from the Ehky Ya Masr podcast team; an audio recording kit including a Zoom H5 recorder, headphones and an equipment bag provided by Shams Stores; a one-year PRO license from audio-editing software Hindenburg; a one-year music license to Blue Dot Sessions; and a PodFest Cairo swag bag.

Kim Fox, professor of practice in the Department of Journalism and Mass Communication and conference organizer and founder, said, “Egypt has a rich history of storytelling, so it makes sense that podcasts will be a part of that legacy too.” Future plans for PodFestCairo include a micro-podcasting event at AUC on the New Cairo campus in the fall for faculty, administrators and students, in addition to the next iteration of PodFestCairo next year.