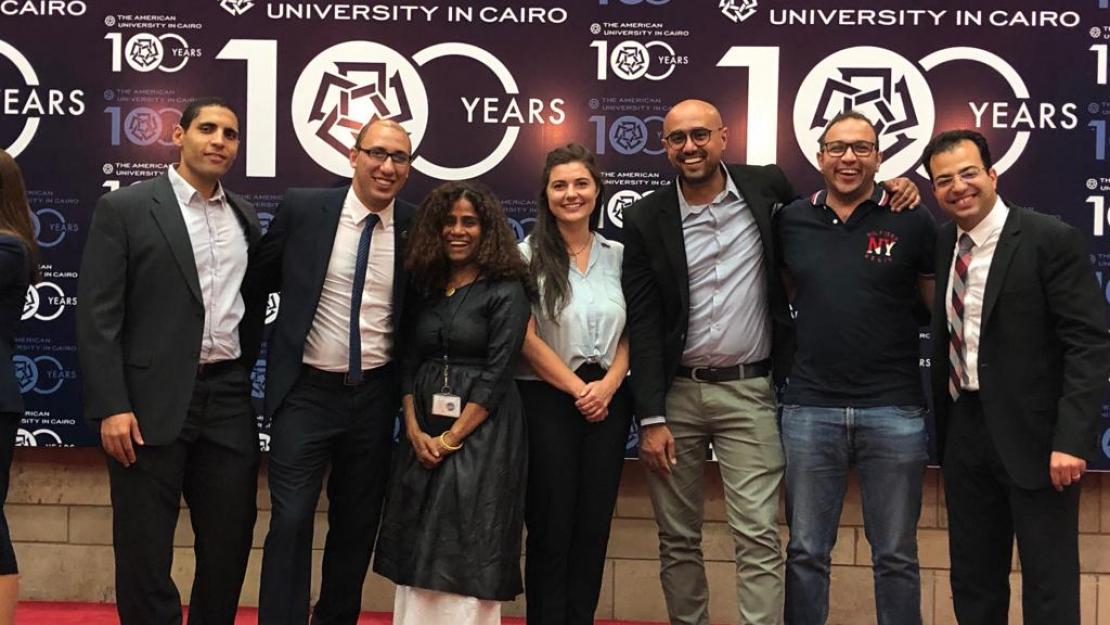 ELC is an initiative conceived by Mohamed Elmogy, general counsel of Siemens in Egypt and Libya, and Reham Naeem, the country head of legal for Novartis Egypt. As two of the most seasoned in-house counsel in the Middle East, they created this group to serve as a forum for all in-house counsel in Egypt to learn from and interact with each other.

As opposed to lawyers working in a law firm, in-house lawyers work within a single company or organization to provide legal advice and services on many types of legal issues to multiple divisions. As Sunanda Holmes, AUC’s general counsel explained, “the unique position of being an in-house lawyer means that you have a broad range of benefits from working with one client, including a variety of legal issues and the ability to see the long-term impact of your legal advice.”

However, in-house lawyers often work in smaller teams and with people from non-legal backgrounds. Some in-house lawyers may find that without the moral support of other lawyers or a larger in-house legal team, working in-house can be isolating at times.

To address this issue, Elmogy and Naeem created the ELC to foster communication among in-house lawyers practicing in Egypt. To expand this group past a WhatsApp group, the attendees agreed to discuss a common vision and a plan that can benefit this group and the Egyptian community at large.

At this first meeting, AUC President Francis Ricciardone gave the welcoming speech, outlining the importance of in-house lawyers in Egypt and describing their role in producing healthy corporate environments: “What in-house lawyers do is corporate counseling, or strengthening the governance of great companies that play on the world stage... You won't endure and become a competitive, sustained player in today's global marketplace without having strong corporate governance.”

The event started with a networking reception, where in-house lawyers who may have never had the opportunity to interact with one another were able to do so. In their speeches, Elmogy and Naeem commented on the success of the group in facilitating the exchange of ideas, “The networking opportunity is invaluable. All of us had a chance to learn from each other and walked away with more appreciation of the challenges faced by our fellow counsel in various industries.”

At the end of his speech, President Ricciardone highlighted how supporting in-house lawyers relates to AUC’s educational mission - “lawyers strive to get to the truth through inquiry, not simply by laying down the law and making people comply by force. It's getting to the truth through debate, through testing, through observation, and thorough analysis, and that's what we do.” He then surprised everyone by offering AUC as a space for ELC’s meetings, seminars and workshops.

Looking forward, the group hopes to organize quarterly events, including practice workshops for current and new in-house counsel, to increase awareness of in-house lawyers as well as support them so that they can serve their clients better.