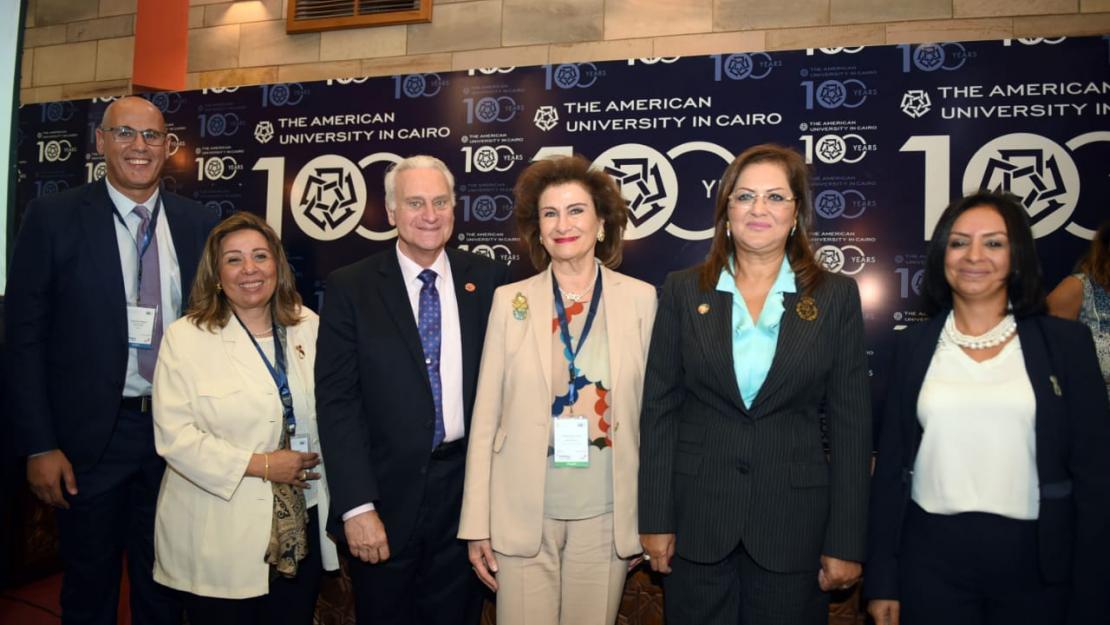 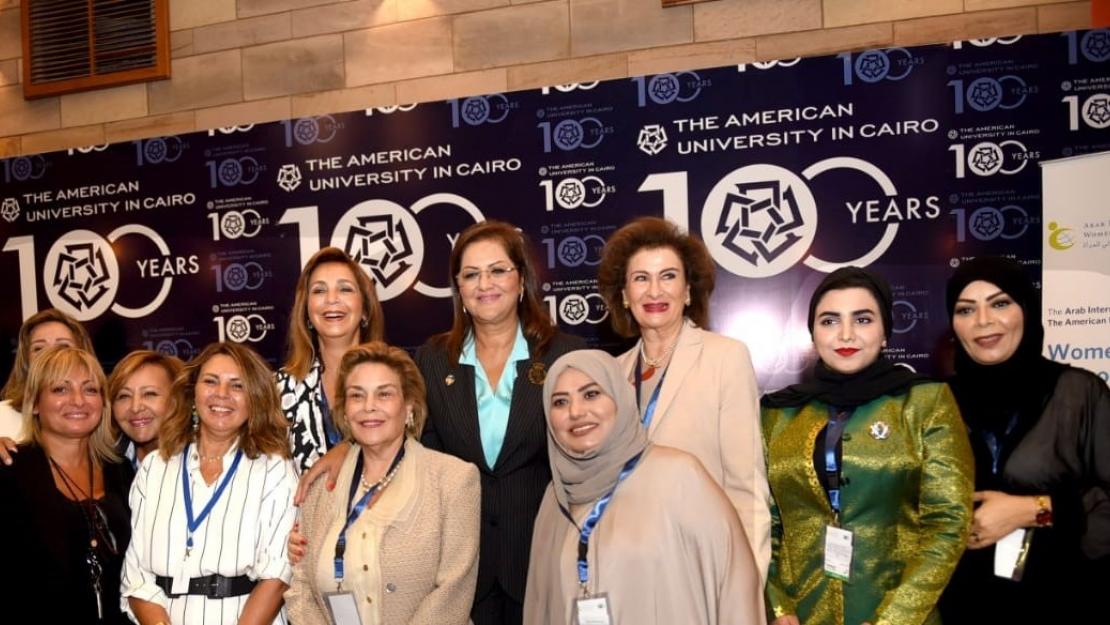 Last week, AUC hosted Women as Engines of Economic Growth in collaboration with the Arab International Women’s Forum (AIWF). Bringing together key representatives from different sectors, the full-day conference paved the road for in-depth discussions on the glass ceilings facing women and delivered recommendations on how to break such ceilings, empower women and challenge the status quo.

“This conference comes at a pivotal time for women on leadership roles and in public offices," said Haifa Fahoum Al Kaylani, AIWF founder and chair, in her keynote address. "women are increasingly taking on high-level leadership positions in business, public service, the judiciary and the legislature, advancing rapidly in professions previously dominated by men."

Throughout the day, four panels were held to examine critical development challenges and opportunities for Egyptian and Arab female leaders in business, entrepreneurship, academia and public service in Egypt and the broader Middle East and Africa region toward the fulfillment of the 2030 Agenda on women and youth and their social and economic prosperity. Specifically, the conference ultimately conveyed actionable noteworthy recommendations for empowering women as engines of economic growth.

“To some degree or other, women everywhere face barriers to achieve their potential," asserted Minister of Planning, Monitoring and Administrative Reform Hala Elsaid. "Gender gaps and labor force participation range everywhere around the world. Striving for gender equality is a worthy cause in itself, but it is also the most sensible economic policy of the time."

The panel discussions drew key representatives from the Arab public and private sectors, international organizations and institutes, academia, civil society, women and young leaders together for timely discussions drawing on the panelists’ varied experiences and backgrounds. Themes covered included gender diversity on corporate boards and in family businesses, women in public office, women in academia, the role and contributions of women in the rural and informal sectors — concluding with reflections on the future of work for women and youth in the MENA region.

In addition, attendees felt the relevance of the topics wholeheartedly. "Women as engines of economic growth is really a powerful theme," said Mohamed Shelbaya '90, CEO of PepsiCo Egypt. "If some of you would notice, this is actually personal for me more than business-driven. My sister and I were raised by a single mother after my father passed away. She had to change and find a way to raise her children. She never let circumstances stop her. As far as I know, she challenged the status quo [and] was the first women to graduate from mechanical engineering in Cairo and get her master's and PhD from the United Kingdom. She broke the stigma about this male-dominant sector."

"In most Arab countries, women are also successfully assuming positions of leadership in public service and international relations, and are increasingly being elected and appointed to political, diplomatic and development roles, giving women a greater voice in legislative reform throughout the region," said Al Kaylani.

“It’s really inspiring when you come to attend such events,” expressed Sarah Raouf, senior legal manager of PepsiCo Egypt. “I’m a working mother, and seeing such female leaders makes me feel that it’s worth what I’m doing and worth the stress. It’s all very inspiring and heartfelt.”

By the same token, Wafa Abed, head of group internal audit, Bank of Beirut and the Arab Countries, reflected: “The event is extremely timely as far as the subjects examined; they are the topics of the hour. The panels addressed new issues, and this is very important on the ground because it’s not only about the [number] of women; it’s about their impact and what the general public enables them to do.”

"A lot of time we don’t evaluate men in our mindset, we evaluate women in leadership positions. Men and women have different values and they should be evaluated differently. They should be equally respected for their choices," affirmed Maya Morsy, president of the National Council for Women. "If family comes first, that does not by any means mean that work comes second, they come together. Mothers should be respected, so we want the private sector not to ask women whether they are engaged or single."

Dean of AUC's School of Business Sherif Kamel remarked: “If you want to focus on men, you’re only going to develop half of the society. You have to develop both men and women. I still think there’s more to be done in terms of wellness and in terms of opportunities.”

Al Kaylani concluded the conference by expressing her gratitude for AIWF's partnership with AUC: "We are delighted to be in Cairo, Egypt at one of the region’s best universities, The American University in Cairo ... celebrating a century of AUC’s leadership as Egypt’s global University and ... partnering with AUC on this important initiative."