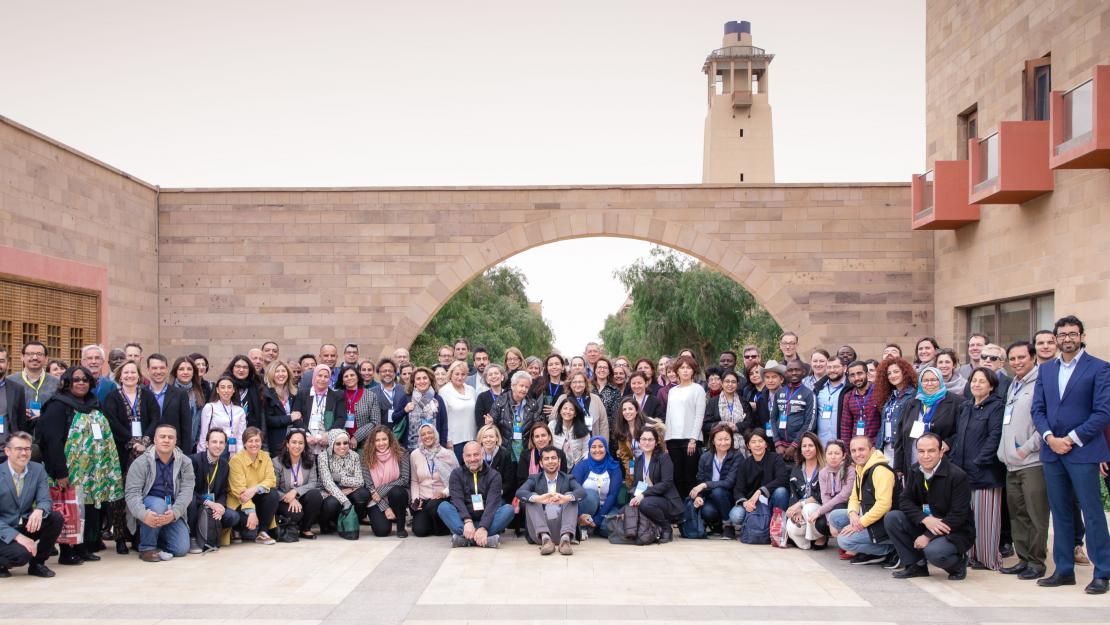 The AUC Library recently hosted the 16th annual AMICAL Consortium conference at AUC. AMICAL is a consortium of American international liberal arts institutions that work toward common goals for libraries, technology and learning. The four-day conference, with about 140 attendees taking part, aimed to grapple with common issues among international liberal arts institutions.

This year’s theme was “Openness in Teaching and Research: Broadening Our Horizons for the Digital Future.” In her opening remakes Interim Dean of the Library, Lamia Eid, spoke to the need to constantly adjust to the digital age, saying, “liberal arts institutions are increasingly aware of the need for their students to be well prepared for their futures as digital citizens and innovative scholars.”

AUC President Francis Ricciardone also spoke to the audience, as well as William Fisher, provost and executive vice president for academic affairs at the American University in Paris, and Emilia Zankina, provost and associate professor in political science at American University in Bulgaria. A number of keynote speakers and peer speakers presented during the conference, which included interactive presentations, workshops and discussions.

Founded in 2004, by the American University in Paris, AMICAL brings together 29 institutions of higher education located in 22 countries across Eastern, Central and Western Europe, West and North Africa, the Middle East, Central and Southern Asia, and Russia. As a consortium of American liberal arts-style institutions outside the United States, AMICAL is in a unique position globally, with the goal of collaborating with institutions to create new materials and practices to offering quality education in the evolving digital age.