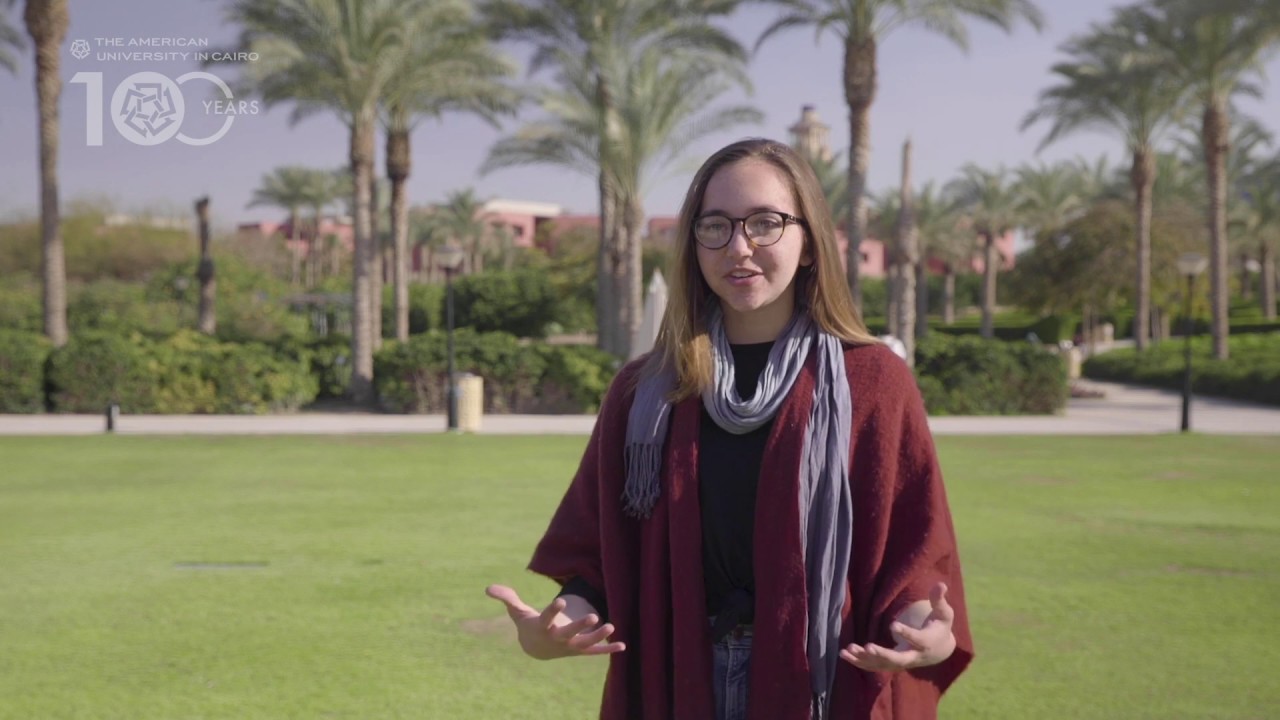 “I don’t think I can only pick one,” said Nate Sirovatka, a junior from Westmont College, when he was asked what the highlight of his visit to AUC has been. “The opportunity to study at AUC has been incredible. The campus is gorgeous, and the degree of intellectual value that is present on this campus is remarkable."

Sirovatka is one of 16 students from Westmont who spent the last three months living in Cairo and attending classes at AUC as part of the Faculty-Led Program, an academic and immersive program aimed at developing cultural appreciation and cross-cultural exchange.

Over the past three months, the Westmont students took Arabic classes and attended lectures on campus by various professors and guest speakers.

“I got a full circle academic experience here,” said Elinore Ford, a sophomore from Westmont. “We learned about sociology, archaeology, history and economics, and today we were lectured on political economy and development.”

Other students expressed how impressed they were by the academic range and expertise at AUC.

"The professors are of the highest quality," said Jared Bell, a sophomore at Westmont."The range of professors we were able to meet was really impressive."

Erin Bunnell, a sophomore at Westmont, praised how effective the Arabic lessons were saying, "I'll take back with me the Arabic that I've learned," and that her time here has encouraged her to continue learning it.

Learning Arabic, however, wasn't the only reason the students decided to come here. For Ford, coming to Egypt was an opportunity to be able to make her own conclusions about a country she says is often “mischaracterized” in the United States.

“I wanted to live here and really experience what it’s like and get personal experience in the country rather than just hear about it,” she said.

Bell said he was influenced to come for the same reasons and that some of his previous thoughts on the country were debunked.

“Coming here, I’ve been absolutely reassured about the safety,” he said. “It’s absurd to think that it’s more unsafe here than it is in a large city in America or Europe.”

And for others, this experience was all about getting out of their comfort zones and experiencing a culture they’ve never been exposed to.

“I was given the opportunity to grow as a person and grow as a world citizen, and I was hooked,” Sirovakta said.

Despite delving into an entirely different culture, Sirovatka said that it was easy to adapt in Cairo, especially because of the sense of home that he felt at AUC.

“At AUC, I felt at home, and it's been really comforting to come onto this campus and know that it carries the same values that Westmont does back in California,” he said.

Bunnell said that she comes from a small city in the United States and was excited to experience the quirks of living in a big city like Cairo.

“Something that’s been unique for me is how accessible everything is,” she said. “It’s awesome to walk down the street and be able to get fruit and bread.”

And while the other students agreed that Cairo turned out to be more lively and metropolitan than they expected, they expressed that they felt the bustle of the big city is grounded by the warmth, compassion and kindness of its people.

“All the Egyptians I’ve met have had such big hearts,” said Jared Clarke, a junior at Westmont. “That’s just been a breath of fresh air.”

“The day-to-day life in Cairo has been really heartwarming,” Ford said. “There’s a quality in this country that's really organic.”