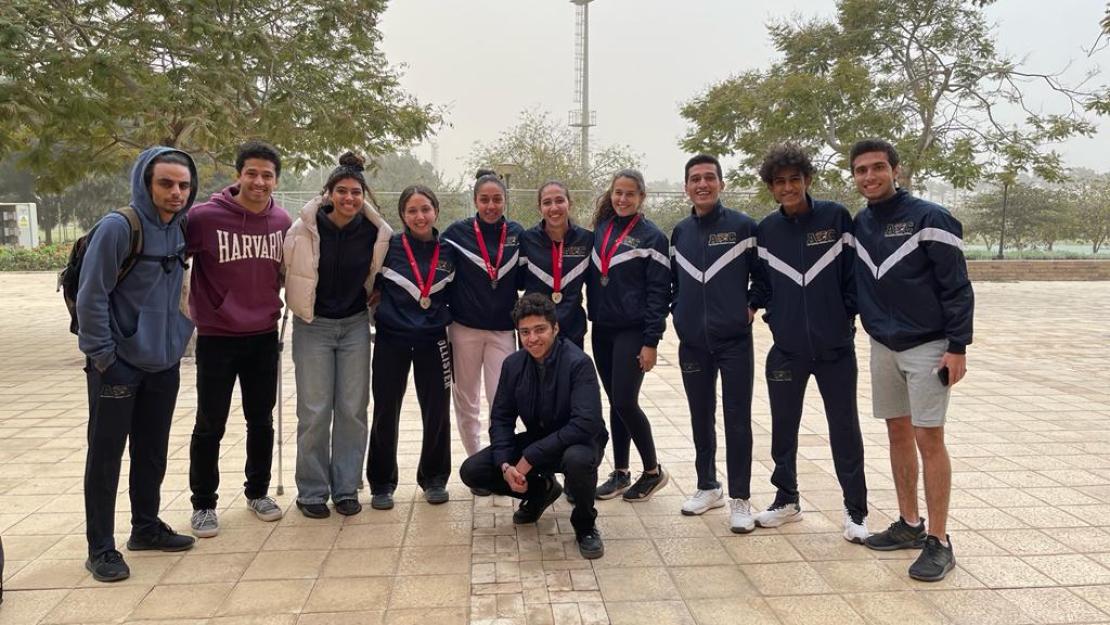 AUC athletes have returned to campus stronger than ever, winning three gold, fourteen silver and two bronze medals in the ongoing 49th National Universities Tournament, which kicked off in November and includes athletes from over 50 universities in Egypt.

Of the 19 medals awarded, five of them went to athlete Haydy Morsy, the three-time Olympian who won two silver medals in the modern pentathlon (one for individual and one for teams), a bronze medal in swimming and silver medals in fencing and track and field.

During the tournament, Mariam Amin, a double medal recipient, managed to qualify for the African Olympic University Championship, despite recently recovering from an injury. “I’m grateful I was able to compete and put myself out there mentally and physically,” she said, expressing her excitement for a continued comeback next season.

After winning two silver medals in the track and field event of the tournament (400 meter sprint and 4x100 relay), Amin also received two additional medals — one gold and one bronze — during the Egyptian National Competition in late December.

Swimmer Mostafa Tarek took home two medals during the tournament — a silver medal in the 200 butterfly and a bronze medal in the 1500 freestyle.

“The moment I won, I was relieved that all of the effort I put into my training hadn’t gone to waste,” he said. “I felt honored to be representing a prestigious university like AUC on the podium.”